If last summer was the season of #MeToo TV, with many scripted television shows weighing in on issues of sexual harassment, consent, and male culpability, then this summer’s Aziz Ansari comedy special on Netflix, “Right Now,” might seem to herald a summer of mea culpa TV.

Thankfully, it does not. Ansari, who in 2018 was the target of a scurrilous hit piece published on the now-defunct website Babe.net about a date gone bad, tackles the issue of his public humiliation in his opening remarks, telling the audience, “There’s times I felt scared. There’s times I felt humiliated. There are times I felt embarrassed. And ultimately, I just felt terrible that this person felt this way.” Reflecting on the experience, he says, “I hope I’ve become a better person.”

Unlike the continued criticism of comedian Louis C.K., whose attempts at a comeback after admitting to sexual misconduct have been less well-received, the reactions to Ansari’s new show (directed by Spike Jonze and based on Ansari’s recent comedy tour, “Road to Nowhere”) have been mildly more accepting. Most of Ansari’s critics now grudgingly acknowledge that his alleged behavior wasn’t on par with that of Harvey Weinstein or Les Moonves or even Louis C.K., and the piece written about him did not warrant the backlash he suffered, but they also aren’t entirely pleased with how he’s presenting himself now.

Not surprisingly, the response of progressive Twitter to Ansari’s return was less nuanced: Textbook male privilege!

Critics of the show, which lasts about an hour and covers topics such as race relations, R. Kelly, the excesses of “woke” white people, and the challenges of telling jokes in our hypersensitive times, among other subjects, clearly expected more groveling from Ansari. As the tagline in a review of the show in The Atlantic sniped, “the comedian celebrates progress—but denigrates the work that progress requires.”

Another critic at Jezebel characterized Ansari’s unwillingness to emotionally unburden himself to the extent the critic expected as “withholding.”

“Ansari could have potentially been groundbreaking by speaking from the position of someone who was almost canceled and weaving those thoughts throughout his comedy,” Frida Garza argued. “It almost feels withholding not to, given how open he is at the beginning (and again, at the end) of his set about the fact he does feel like a different person.”

But Ansari wasn’t “almost canceled.” He was canceled, at least for a little while. As he notes in a poignant moment toward the end of the special, after thanking his audience for being there, “I saw a world where I don’t get to do this again,” and yet he is able to say this without bitterness. It seems petty of his critics to expect a victim of character assassination to thank his persecutors for their persecution and start channeling Marianne Williamson in his stand-up.

Luckily for us, Ansari is more in touch with his inner Richard Pryor these days (albeit with slightly more PG-13 language). He mocks Twitter, where people are constantly “trying to out-woke each other” and where accusations of cultural appropriation quickly spiral into absurdity. He gives a nod of appreciation to the efforts of would-be white progressive allies then observes, “Say what you will about racists. They’re brief. Newly woke white people are EXHAUSTING!” and reminds his audience, “Things don’t just become racist when white people figure it out.”

The excesses of intersectionality prove a useful foil for Ansari. Commenting on the speed with which what was once considered acceptable mainstream humor is now verboten, he says, “If they rebooted ‘The Office’ now it would end with Pam winning a landmark sexual harassment case and in the series finale you’d find out that’s what the documentary was: They were gathering evidence against Jim!”

It’s funny because it’s true, as is his assessment of the woke and their sometimes overzealous critics as both being driven more by arrogance than principle. “Have some humility!” Ansari says.

Some of the ambivalence about Ansari’s comeback no doubt stems from the fact that the MeToo movement remains mired in confusion when it comes to its understanding of consent, and is constantly shifting the goalposts. The most recent attempt to define the new rules of sexual engagement argues that a simple yes or no is not sufficient; instead, people must demonstrate “enthusiastic consent” throughout any physical encounter.

Sex educator Gigi Engle defines this form of consent mainly by what it is not: “Enthusiastic consent is not coerced, pressured, or forced in any way. It’s when you’re super down to clown, and everyone is extremely excited about it.” Engle says that feeling can be communicated “through body language and verbal cues,” but provides few specifics about what those might look like.

By her own description, the still-anonymous woman who revealed all about her date with Ansari demonstrated such enthusiasm during the date, and yet she seemed to believe that consent is something you can retroactively revoke after a regrettable sexual encounter, not something for which each of us needs to take responsibility for communicating in real-time to our partners.

At the end of his show, Ansari says, “I realize it’s all ephemeral. It can go away like this,” and he snaps his fingers.

It still can, as anyone who has experienced the wrath of the intersectionality enforcers can attest. Ansari felt the sting of cancel culture personally. The fact that he can now make us laugh about that culture’s excesses is a reminder that tolerance and understanding might be something we never fully achieve and never fully agree upon, but they are far better things to pursue than the illiberal destructiveness that is cancel culture. 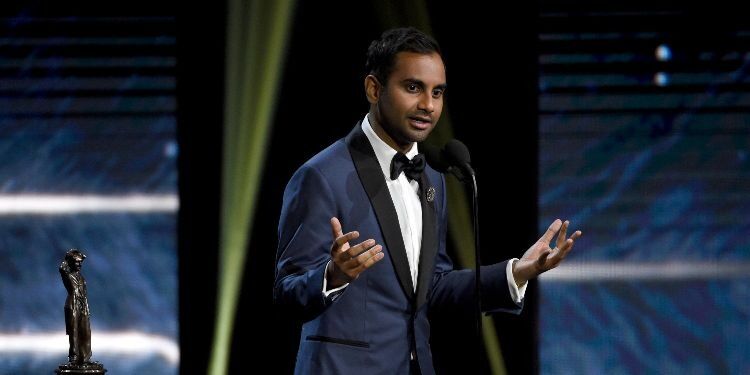