Even before former Vice President Joe Biden announced he was running for the Democratic party’s nomination for president, he embarked on an apology tour for what the progressive wing of his party deemed were his past sins.

Last week, Biden tried to persuade Democratic primary voters—especially African-American voters—that his views on criminal justice have evolved since passage of the 1994 Crime Bill, which he helped draft when he was in the Senate.

But he shouldn’t be apologizing for what the Crime Bill did; it was a response to a decades-long increase in violent crime, and it passed with overwhelming Democratic support. African-American religious leaders even released a statement praising the bill. (Later, when some black leaders wanted Democrats to change the unjust sentencing disparities between crack and powder cocaine, it was a Democratic president–Bill Clinton—who vowed not to sign legislation that included that provision.)

During Congressional hearings before Rangel’s Committee in 1986, as the crack cocaine epidemic raged in American cities, civil rights activist Walter Fauntroy called crack a “menace” and a “threat to all civilized society.” Rangel himself wrote an op-ed in The New York Times in 1988 calling crack “the worst drug epidemic in our history.” And it wasn’t just politicians: African-American poet Ishmael Reed called drug dealers “black terrorists” and “crack fascists” in his 1988 book about Oakland’s drug wars.

Biden should embrace the 1994 Crime Bill’s successes while noting instances where reforms are now needed (such as correcting the injustices of the crack versus powder cocaine sentencing and developing new sentencing guidelines and alternatives to incarceration for non-violent offenders). He should also back the promising bipartisan efforts at sentencing reform that already exist.

What he shouldn’t do is embrace the progressive left’s narrative about criminal justice.

In recent years, progressives, including many in the Democratic party, made mass incarceration, private prisons, and the treatment of black Americans by the police the focus of their criminal justice efforts.

Writer Michelle Alexander popularized the mass incarceration narrative in her 2010 book, The New Jim Crow, citing structural racism as the basis for the federal government’s misguided war on drugs. She downplayed the history of black support for stricter drug laws, arguing instead that “the drug war was motivated by racial politics, not drug crime” and that it “was launched as a way of trying to appeal to poor and working-class white voters, as a way to say, ‘We’re going to get tough on them, put them back in their place—and ‘them’ was not so subtly defined as African Americans.’” When she did describe the black leaders who wanted tougher drug laws, she said they were guilty of “complicity with mass incarceration.”

The Atlantic writer Ta Neihisi-Coates joined in, blaming the structural racism of the criminal justice system for mass incarceration, rattling off statistics about racial disparities in drug sentencing while ignoring the racial disparities in the commission of violent crimes. More than half of all homicides are committed by African-Americans (even though they are only 13 percent of the population); black Americans are also disproportionately represented among homicide victims. And the rate of black-on-black violent crime is more than five times higher than the rate of white-on-black crime.

The problem with the progressive criminal justice narrative is that it’s not true. (City Journal’s Rafael A. Manguel debunks many of these arguments in a recent essay.) As Fordham University scholar John Pfaff described in Locked In, the drug war is not the cause of mass incarceration. “In reality, only about 16 percent of state prisoners are serving time on drug charges—and very few of them, perhaps only around 5 or 6 percent of that group, are both low level and nonviolent,” Pfaff notes. “At the same time, more than half of all people in state prisons have been convicted of a violent crime.”

Most of the increase in incarceration in recent decades comes from harsher sentences for people in state prisons (where 86 percent of all prisoners are held) who were convicted of violent crimes, not drug offenses. If you released every non-violent drug offender tomorrow, you would barely make a dent in mass incarceration. Ending mass incarceration would mean releasing more of violent offenders from prison, something most Americans don’t support.

The narrative about the prevalence of racist cops is also misleading. Racism is a problem in law enforcement, and one that should not be tolerated, but contra the messaging of groups like Black Lives Matter, new research has found no evidence that white police officers are more likely to shoot non-white people than non-white police officers are (as well, as the researchers noted, between 90-95 percent of the civilians shot by police officers “were actively attacking police or other citizens when they were shot” and 90 percent of them were armed with a weapon.) The incidents where cops shoot an unarmed civilian are tragic but rare.

Biden is hoping the progressive wing of his party will support his efforts to co-opt some of their messaging in the new criminal justice proposal he recently announced. Biden’s plan includes policies such as no mandatory minimum sentences, the abolition of private prisons (which only imprison about 8.5 percent of the total prison population), bail reform, more funding for drug courts, no juveniles in adult prisons, mandatory treatment not jail for drug addicts, and decriminalizing marijuana use, among other things.

In the biggest shift for Biden, one that is out of step with the majority of Americans, his proposal includes opposition to the death penalty. In the 1990s, Biden boasted that his crime bill included “53 death penalty offenses.” That was in line with what most Americans wanted at the time. Today, more than half of Americans still support the death penalty for convicted murderers, but there is waning support for expanding the range of capital offenses.

Writing about an increase in violent crime in his Capitol Hill neighborhood in Washington, D.C. in 2015, New York Times reporter Tom Edsall described the tension between (predominantly liberal) residents who embraced the idea of redemption for violent offenders and those who worry that leniency creates a permanent class of dangerous repeat offenders (not an unfounded fear). “Looking at the costs,” Edsall writes, “benefits and unintended consequences of both hardline and lenient policies, the question becomes: is there an effective and fair-minded approach to arrest, prosecution and imprisonment policy which would elicit consensus from the voting population?”

His conclusion? No. “Law enforcement is where the much broader failures of the system end up,” Edsall noted. “The police, jails, and courts are not equipped to address these failures, only to manage them.”

The good news (not that you will hear it from any of the candidates running for president) is that crime has fallen by almost 50 percent since 1994. But a presidential candidate who proposes criminal justice reform that starts from the assumption that individuals shouldn’t be held personally responsible for their behavior because of ideological stories about mass incarceration or structural racism is going to face a much more skeptical electorate—and a likely backlash—if crime rates go up. 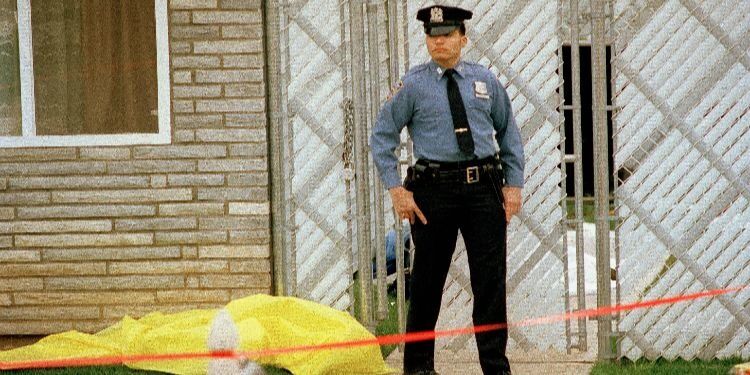 The Virtues and Vices of Ideology

Where We Are Heading