When presidential adviser Kellyanne Conway announced over the weekend that she would leave the White House at the end of the month to focus on her family, most observers took the announcement at face value. Ms. Conway and her husband, George, have four school-age children, and their eldest, fifteen-year-old Claudia, has recently drawn media attention for posting on social media that her mother’s career “ruined my life” and claimed she is seeking to be legally emancipated from her parents. Kellyanne Conway noted in her statement, “This is completely my choice and my voice,” and refrained from blaming anyone for the decision.

Others were not so gracious. Hollywood producer Judd Apatow tweeted to his 2.4 million followers, “What BS. There is so much more here. She is bailing on going down with him after milking him for all he was worth. She is an opportunist who sees the end of the opportunity.” Suggesting that Ms. Conway’s stated need to spend time with her family is merely opportunism is an odd take from someone who has amassed a net worth of more than $100 million and been praised by liberal media for making his own projects “family affairs” by casting his wife and daughters in them.

He wasn’t the only one. A former director of the U.S. Office of Government Ethics during the Obama administration, Walter Shaub, tweeted, “Conway’s about to get richer than she ever dreamed, cut ribbons, ride limousines to parties & be on TV. She’ll be welcomed into a society that knows better. So I’m hoping her child receives all the love & help in the world, and I’m hoping Kellyanne Conway gets a wart on her nose.” Still others on Left Twitter encouraged the Conways’ teenage daughter to disavow her mother, while right-leaning Twitter encouraged Kellyanne to divorce her husband, who is an outspoken critic of Donald Trump.

But the strangest response to Ms. Conway’s decision was the one that did not occur: feminist outrage. If the partisan loyalties in the Conways’ situation were reversed, it surely would have been the first and only narrative. A powerful female Democratic strategist working for a Democratic president who felt she had to resign because her job prevented her from parenting properly, and who navigated the role successfully despite being married to a man who spent his days publicly criticizing her boss and denouncing the people she works with? This would have been catnip to feminists eager to see structural, patriarchal oppression working against the ambitions of professional women.

In fact, that is very nearly the situation that a Democratic woman, Anne Marie Slaughter, who worked in the State Department during the Obama administration, was in when she received adulation for an essay she published in The Atlantic in 2012 explaining “Why Women Can’t Have it All.” Slaughter used her own experience as a working mother (and the experience of her struggling 14-year-old son) as its prime example. The article, which she later expanded into a book, received accolades from feminists for exposing the supposedly impossible demands placed on women.

Slaughter and her feminist allies argued that her experience was evidence that the United States needed more generous maternity leave and workplace flexibility for parents. Slaughter also went on to argue in her book about the subject that “care-giving” activities needed to be better valued and compensated by society. Fair enough.

But as a critic at the Spectator pointed out at the time, Slaughter “reminds herself that the banker or businessperson is no more important in the room than the teacher or the nurse. At the same time, she herself is hungry for stellar professional advancement” and confessed to the journalist, “If I went away for a year, I would worry that I lost my edge.”

This is the worry of all ambitious people; embracing that ambition means facing the reality of the trade-offs they will have to make to fulfill it, not blaming “society” when things don’t work out as planned. Because life does not always follow the ambitious person’s plans. Kids rebel. Aging relatives need care. A global pandemic wreaks havoc. People make choices. What’s interesting about Kellyanne Conway’s choice to leave government service to be with her family is that, unlike a liberal woman who did the same, she is excoriated and second-guessed by the very same people who claim they support women. 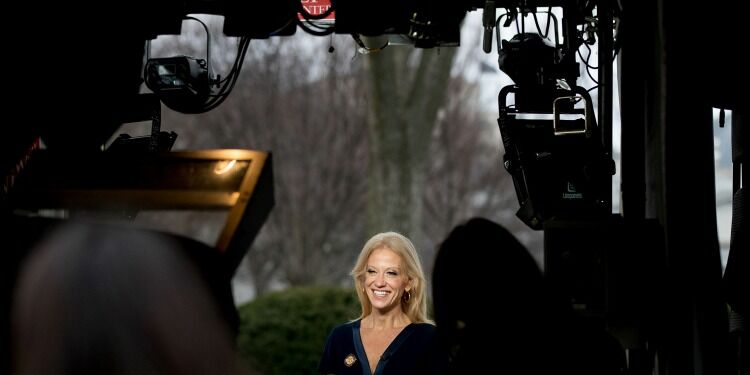