During a crisis, particularly one where people are being asked to make personal sacrifices for the common good, it’s understandable to want to believe that civic-mindedness will prevail. Likewise, from a practical standpoint, it is useful to have public officials talk as if the suffering and deprivation will be equally shared by all.

We all share similar feelings about the pandemic. A Washington Post-ABC News poll taken last week found that our experience with the COVID-19 “brought massive and sudden disruption to the daily lives of most Americans” and “the threat from the virus has changed habits and lifestyles.” Nine out of 10 people polled said they are staying home “as much as possible,” and many respondents, not surprisingly, reported high levels of stress.

In the past few weeks, there have been numerous stories of sacrifice and generosity, particularly by the “front line” soldiers in this unusual war: health care workers, grocery store workers, and delivery drivers, for example.

But just as every war has profiteers, the current pandemic has no lack of posh, clueless elites whose misguided efforts to raise morale have prompted even mild-mannered defenders of capitalism to reach for their populist pitchforks.

Consider Hollywood mogul David Geffen, who thought it would be a good idea to post on Instagram a photo (either taken by a drone or from a helicopter) of his multimillion-dollar mega-yacht with what I’m sure he thought were inspiring words: “Sunset last night. . .isolated in the Grenadines avoiding the virus. I’m hoping everybody is staying safe.”

He’s not alone. According to the Spectator (UK), “One London superyacht company says it’s had families seeking to avoid the pandemic by self-isolating at sea on long private cruises.” The company reported that the families should “expect to pay around half a million a week to keep it running.”

Or consider former pop sensation (and plastic surgery cautionary tale) Madonna, who posted (then later removed) a video of herself naked in a rose-petal strewn bathtub rambling on about how COVID-19 was “the great equalizer and what’s terrible about it is what’s great about it.” Or the numerous Hollywood actors who circulated a cringe-worthy video of themselves singing “Imagine;” or Cardi B, who complained on Instagram that she was “losing my f**king mind” because she couldn’t put on “f**king expensive outfits and go out.”

Members of the elite might want to brush up on their Thorstein Veblen. Conspicuous consumption is tolerated under normal circumstances; during a crisis, that toleration quickly curdles. Which might explain why publications that cater to elites are having a difficult time finding the right tone during the COVID-19 shutdown.

Vogue, for example, recently offered helpful stories about how to talk to grocery store workers, but also encouraged readers to pass the time during lockdown dreaming about the future vacations they will take in a European chateau or other luxury property. As for cultural distractions, I regret to inform you that a foolhardy editor invited “Girls” creator Lena Dunham to serialize a novella in Vogue’s pages. Alas, this is not Dickens, unless your idea of compelling fiction is written by a narcissistic, tattooed version of Mrs. Micawber, only without the slightly redeeming devotion to others (a brief sample of Ms. Dunham’s prose stylings: “Had she, on some level, been aware that she was about to follow the sound of music that would lead her to Matthew? He was noodling with his laptop in the corner while his friends danced wild and free as the sun went down”).

The Wall Street Journal’s weekly “Mansion” section at least had the wit to offer their luxury readers slightly more practical advice, such as a feature story on lavish bunkers available for purchase by the elite survivalist. Prices start at $1.5 million at Survival Condo, a complex built out of a decommissioned missile silo in Kansas; in Texas, Rising S Bunkers offers a luxurious bomb-proof shelter called “The Aristocrat,” complete with a sauna, media room, and gun range for just a little more than $8 million.

In the real world, class tensions have boiled over in places where the wealthy keep vacation homes, such as the Hamptons. Local, year-round residents are wary of those fleeing the city and have tried to keep them (and the virus) out. Rhode Island went so far as to send police officers door-to-door, looking for New York license plates so they could demand that out of town visitors self-quarantine for 14 days.

Democracies require a certain amount of performative egalitarianism. It’s why politicians eat deep-fried everything at the Iowa state fair, and why celebrities are so keen to be photographed doing their “selfless” charity work. But even these clearly staged interactions serve as a reminder of the best things about our system of government, most notably the ideal (if imperfect) pursuit of equality.

But ultimately, the experience of privation is always relative, especially during a crisis where so many people have lost their jobs and fear becoming ill (and being able to afford to pay for their medical treatment if they do). We know this intuitively, but we dislike being reminded of it by those most capable of purchasing health and luxurious solitude.

Not having access to one’s personal chef might be experienced as privation by a David Geffen or a Madonna, but it’s a far cry from the anxiety of wondering if you’ll be able to afford groceries this week. Even our elites should understand that. We don’t need a new theory of the leisure class. Unfortunately, during this pandemic, we are seeing that class’s vices play out in practice far too often. 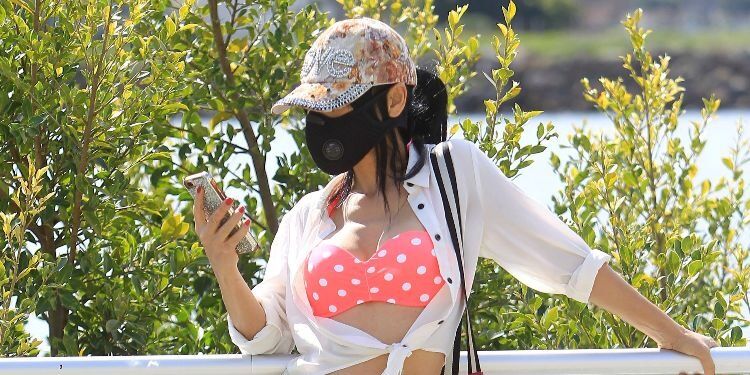