If you listen to leaders of the progressive left, you would think the biggest challenges facing Americans today are racism, sexism, and climate change. But as a new report from Pew Research shows, most Americans are worried about other things–including fake news. “More Americans view made-up news as a very big problem for the country than identify terrorism, illegal immigration, racism, and sexism that way,” Pew’s report reveals. “Additionally, nearly seven-in-ten U.S. adults (68 percent) say made-up news and information greatly impacts Americans’ confidence in government institutions, and roughly half (54 percent) say it is having a major impact on our confidence in each other.”

If you are a person of conservative sensibilities, this is not a surprising finding. Mainstream media have been decidedly left-of-center (and left of the American public) for a long time. With the exception of Fox News, which arose as a direct response to that bias, it remains so. A 2018 scholarly study of mainstream financial journalists, for example, found “evidence that financial journalists with liberal political views outnumber those with conservative political views by more than 13-to-1.”

President Trump has done his part to make cries of “fake news” a frequent refrain of his administration, complaining about it whenever he hears something with which he disagrees (although he’s not always wrong). But Trump should take note: his “fake news” drumbeat might be having a boy-who-cried-wolf effect. Trump likes to rail against the media—CNN in particular—but Americans blame “political leaders and activists” rather than journalists for the perceived scourge of misinformation (although Republicans are nearly three times as likely as Democrats to say journalists create a lot of it – 58 percent vs. 20 percent).

This doesn’t mean Americans think journalists shouldn’t play a role in fighting back against “fake news.” The vast majority expect journalists to be the leaders in exposing and correcting false or misleading information, compared to only 12 percent of those surveyed who want to see the government get involved and 9 percent who want technology companies to fix the problem. At the same time, the public is cynical about the possibility that journalists or anyone else will be able to stem the tide. Fifty-six percent of those surveyed said they expected the problem to get worse in the next five years.

It’s not just news outlets that have struggled to discriminate between truth and falsehood. Two recently published books that received a lot of attention, one on marriage and one on homosexuality, were both shown to be based on serious misinterpretations of evidence. The authors (Paul Dolan and Naomi Wolf, respectively) claimed this wasn’t intentional, but it’s hard to believe that, in addition to an egregious lack of fact-checking on the part of their editors and publishers, some brew of ideological motivation and confirmation bias didn’t also play a role.  Both books promoted a progressive message and made deliberately provocative claims about their subject matter.

The proliferation of “fake news” and regularly-published falsehoods has contributed to the broader erosion of trust in the country’s institutions. Nearly 7 in 10 of the Americans surveyed by Pew said fake news “has a big impact on Americans’ confidence in government.” Half said it also impacts their confidence in their fellow Americans. At least members of the public (as opposed to journalists and writers) are honest about their role in the misinformation epidemic: Almost half admitted that they had unwittingly shared false news reports with others.

Disinformation and “fake news” are a bipartisan problem; bad actors on both sides are guilty of peddling it. At the same time, nearly two-thirds of those surveyed by Pew acknowledged that political polarization is a major reason why it will be a challenge to fix the problem. When misinformation bolsters one’s own ideological tribe, it is tempting not to question the source or the facts too closely. Like its more extreme sibling, the conspiracy theory, when “fake news” favors one’s own point of view, it can offer the illusion of coherence and control in confusing times.

Given the speed and reach of social media platforms in disseminating “fake news,” it’s no wonder that combatting it has become a Sisyphean task. The Pew study suggests that more Americans are willing to take on some of that burden themselves: 8 in 10 Americans say they “check the facts of news stories themselves,” and 63 percent have stopped consuming news from an outlet that has been shown to broadcast unverified information.

But will that be enough? As the country prepares for the 2020 presidential election, “fake news” will only increase in scale and sophistication. Journalists should do a better job of correcting the record, and partisans on all sides should stop trafficking in propaganda disguised as journalism. Politicians should do more to address the concerns of Americans about the negative impact that these stories are having. And we should all remember: if it sounds too good to be true, it probably is—and it is probably “fake news.” 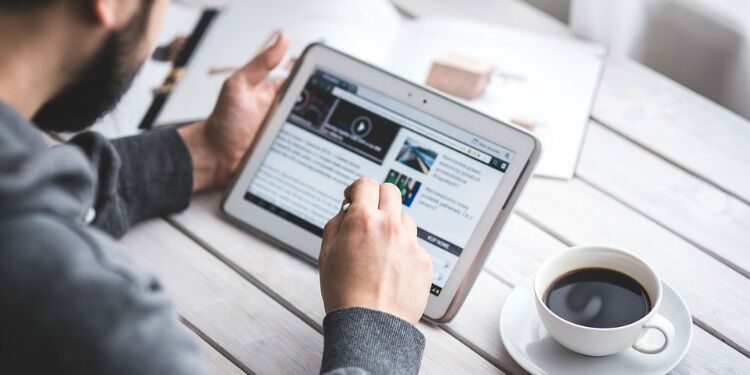