Should the U.S. Census Bureau know how many U.S. citizens are living in the country? Most people support the idea that it’s a reasonable question for the government to ask, which is why the census has asked it in one form or another since 1820. The question has migrated across various Census Bureau forms; the 1960 census didn’t include a citizenship question, for example, but instead asked about place of birth. The citizenship question was included on the long-form census (which is sent to a smaller number of households than the short form) from 1970-2000; the long form was eliminated in 2010. But the Census Bureau’s annual American Community Survey (ACS) has asked about citizenship every year.

Why? As the U.S. Census Bureau notes, “Agencies and policymakers use our published statistics to set and evaluate immigration policies and laws, understand the experience of different immigrant groups, and enforce laws, policies, and regulations against discrimination based on national origin. These statistics also help tailor services to accommodate cultural differences.”

As well, census data serves as the basis for drawing congressional districts and for the allocation of federal funds. And it is used to ensure fair and proper enforcement of the Voting Rights Act of 1965.

Why, then, are news outlets like NPR suddenly calling this a hotly-contested question? Because New York and California, aided and abetted by the American Civil Liberties Union and other left-leaning immigration activist groups, are suing Commerce Secretary Wilbur Ross to keep the citizenship question off of the 2020 census, claiming it violates the Constitution by purposefully attempting to suppress the number of responses.

It is clever of the left to seize on the return of a citizenship question as evidence of a plot against immigrants and to imply, as some have, that answering it might lead a respondent to be detained or deported. Many Americans might not realize that by law the Census Bureau cannot share individual responses from the census with any other law enforcement agency (doing so is punishable by up to five years in prison). And as numerous immigration experts have noted, “non-citizen” as a response covers a wide range of people living in the U.S., including permanent legal residents and those here on valid work visas. The census makes no distinction as to whether non-citizens are here legally or illegally.

But that hasn’t stopped immigration activist groups from stoking fear about the census. “Even before this administration began, immigrant communities have been telling each other, ‘If you don’t know who is at the door, don’t answer the door,’” Rosalind Gold, senior director of policy research and advocacy for the National Association of Latino Elected and Appointed Officials (NALEO) Educational Fund, told PRI. “And for us to now tell them to open the door—for us to be able to say that—we need to have stronger reassurances from this administration they’ll keep data confidential, in light of everything else.” Another activist, Ali Noorani of the National Immigration Forum, told the New York Times, “The immigrant community, documented or not, will think twice before sharing information with the government,” and called the citizenship question “data-based fear mongering.”

The only fear mongering is coming from the left, and it’s a narrative devoid of facts. Consider the charge that asking about citizenship will suppress the number of respondents to the census. Parties to the lawsuit claim that the citizenship question will lead an estimated 5.1 percent of non-citizens to refuse to respond to the census, a number based on an internal Census Bureau memo.

Mansinghani calls this a “wildly irresponsible” assumption because it ignores other legitimate explanations for non-responsiveness, most notably, the fact that the 2010 ACS had five times more questions than the 2010 census, prompting a greater number of respondents to abandon the survey before finishing it. Other data directly contradict the suppression claim.

The narrative about the citizenship question also requires willful historical amnesia on the part of those who embrace it. As Mansinghani notes, “Every census has suffered from an undercount. The 2010 census disproportionately undercounted Hispanics, all while the Obama administration was deporting a record number of illegal immigrants — yet no one sought to declare as unconstitutional the 2010 census question singling out Hispanic origin.”

Why has the citizenship question become such a flashpoint for political controversy now? Because it’s really a proxy war for Democrats’ broader campaign to hold the Trump administration accountable to Congress. Three federal judges have ruled that Ross was at the very least guilty of dissembling about why, in fact, the Trump administration decided to include the citizenship question. Partisan activists and the media portray Ross as some sort of Commerce Department Machiavelli (after reading through his handling of the issue, he comes off more like Boss Hogg).

But even if you accept that the Trump administration wanted a citizenship question for its own partisan reasons and to unfairly undercount likely Democratic voters, then the opposite must also be true: not asking about citizenship has for decades unfairly advantaged Democrats at the expense of Republicans. Clearly, the problem of underrepresentation isn’t what is fueling Democrats’ action on this subject.

Given Trump’s demonstrated disdain for Congress’ Constitutionally-granted oversight authority, it’s understandable that Democrats want to seize on any opportunity to attack him. This week, the House Oversight Committee voted to hold Attorney General William Barr and Ross in contempt for failing to fully comply with the committee’s subpoenas for documents related to the reinstatement of a citizenship question on the census–a worthwhile rebuke for an administration that frequently acts as if it is above the law.

But if Democrats don’t like Trump’s disregard for their authority, and think he has failed to uphold his oath of office, ultimately they have a constitutionally-approved method for dealing with him that has nothing to do with citizenship questions on a census form: impeachment. They don’t need to drag the Census Bureau into it. And they shouldn’t be dragging the courts into it either.

As population economist Lyman Stone has argued, “When we ask about citizenship, we are gently reminding Americans that their participation in the American experiment of self-government is an important part of self-identity. The nation is a body of people united, not by race, genetics, language, or ancestry, but by citizenship. I think that’s a worthwhile thing for the Census Bureau to track.”

Most Americans agree, which is why Democrats and progressive activists would do well to drop the conspiratorial narratives about the citizenship question and let the Census Bureau do its job–and get back to doing their own. 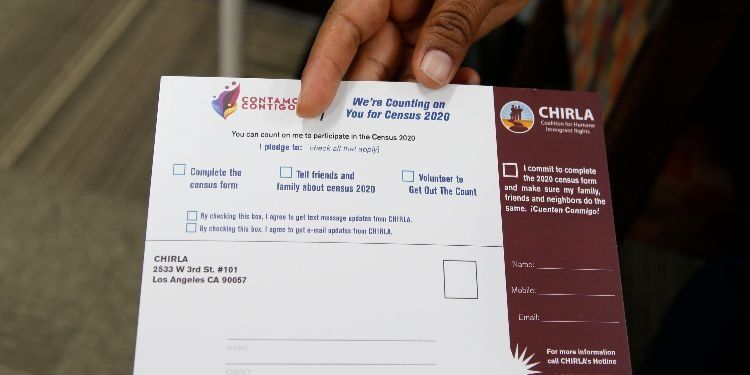