On Wednesday, the Department of Education, led by Secretary Betsy DeVos, released new Title IX rules that represent a long and much-needed restoration of basic rights for students accused of sexual assault and sexual harassment on campus.

You wouldn’t know that from reading the reaction of DeVos’ detractors. The head of the U.S. Commission on Civil Rights, Catherine E. Lhamon, tweeted that DeVos “presides over taking us back to the bad old days, that predate my birth, when it was permissible to rape and sexually harass students with impunity.” House Speaker Nancy Pelosi called the new rules “callous, cruel, and dangerous.” Invoking civil rights, she claimed that that the Trump Administration’s adoption of revised rules “attacks the civil rights of students.”

An NBC News story about the new rules described due process rights for the accused and the presumption of innocence as “added protections.” The story quoted Vanita Gupta, a former Justice Department official in the Obama Administration, saying the rules were an “abomination.” “This is all part of the administration’s ongoing attempts to undermine the civil rights of students,” Gupta said.

Former Vice President Joe Biden also denounced the regulations and vowed that he would rescind them if he becomes president. “It’s wrong,” Biden said in a statement. “And, it will be put to a quick end in January 2021, because as president, I’ll be right where I always have been throughout my career—on the side of survivors, who deserve to have their voices heard, their claims taken seriously and investigated, and their rights upheld.”

Biden’s response is perhaps the most remarkable, given that he himself stands accused of sexual assault and has asked that American voters presume his innocence. As Harvard Law professor Jeannie Suk Gerson noted in the New Yorker, because the new regulations adopt a “presumption of non-responsibility” standard for the accused (unlike Obama-era guidance, which did not presume innocence), Biden invites risk by denouncing them. He “might suggest that his own accuser’s claims shouldn’t be subjected to rigorous questioning,” Gerson wrote, “or that other accused people shouldn’t benefit from the thorough examination of an accusation’s credibility that might help save his candidacy.”

The new rules, which will go into effect in August, will restore due process to Title IX investigations of sexual assault and harassment on campus, including abolishing the “single-investigator” model that prevailed on many campuses (which allowed a single person to exercise an inordinate amount of control over the gathering of evidence and results of investigations). The rules also require that the accuser file a complaint for an investigation to proceed. That’s a departure from the previous rules, which allowed a university to pursue an investigation even in the absence of a formal complaint by the accuser.

The new rules still allow schools the option of using the “preponderance of evidence” standard for judging the guilt of the accused, but only if that standard is also applied to accusations made against faculty and staff on campus.

Most importantly, the new rules embrace a much clearer definition of harassment than the one that prevailed under Obama-era guidance (“any unwelcome conduct of a sexual nature”). The new rules cite the definition established by the U.S. Supreme Court in Davis v. Monroe County Board of Education: “Unwelcome conduct [on the basis of sex] determined by a reasonable person to be so severe, pervasive, and objectively offensive that it effectively denies a person equal access to the recipient’s education program or activity.”

As attorney Justin Dillon told Robby Soave of Reason, “Nothing Betsy DeVos has done since she took office will have a more lasting effect on people’s lives than this.”

This is precisely why activist groups have been trying to delay the release of the new rules for some time. As Robert Shibley of the Foundation for Individual Rights in Education noted in the Wall Street Journal, “a Tulane University Title IX coordinator’s Instagram video provides insight into a behind-the-scenes effort to influence the regulations; evidently a ‘delay strategy’ of endlessly requesting meetings with regulators was responsible for having ‘pushed that date back.’” More recently, Senators Patty Murray, Kirsten Gillibrand, and Elizabeth Warren tried to delay the release of the regulations due to the coronavirus pandemic.

Democratic efforts to thwart the rule-making process are in keeping with the Obama administration’s previously demonstrated lack of respect for public rule-making. The Obama administration’s Title IX guidance was decreed through a 2011 “Dear Colleague” letter that allowed for no public comment or public notice yet was deemed a “significant guidance document” schools were expected to follow. By contrast, DeVos followed the formal rule-making process, issuing draft regulations in 2018 and inviting comments, which were then reviewed before the final rules were issued.

Now that the rules have been released, the National Women’s Law Center has vowed to sue the Department of Education. They might want to spend some time studying the case law, though; many college students who were denied due process under the Obama-era guidance have won lawsuits against their schools due to the violation of their rights, as Samantha Harris and KC Johnson have noted. If you want to understand the motivation behind DeVos’ new rules, it’s worth reading the Kafka-esque details of campus investigations run amok that these lawsuits reveal.

Regulatory overreach with regard to Title IX enforcement on college campuses has been a chronic challenge. More than a decade ago, enforcement of strict proportionality for men’s and women’s college sports led to the decline of non-revenue men’s sports like wrestling, diving, and gymnastics. As Jessica Gavora outlined in her meticulously researched book, Tilting the Playing Field, schools were left with little choice but to recruit more female athletes to meet de facto quotas.

Title IX’s guarantee of equal opportunity in education remains a remarkable legislative achievement and a ringing endorsement of civil rights. But what has sometimes been done in its name on college campuses—most recently the denial of due process and rejection of the presumption of innocence—undermines that achievement. Progressive activists who invoke the language of civil rights to pursue a partisan campaign to prevent students on campus from exercising those same rights have strayed a long way from Title IX’s original intent. 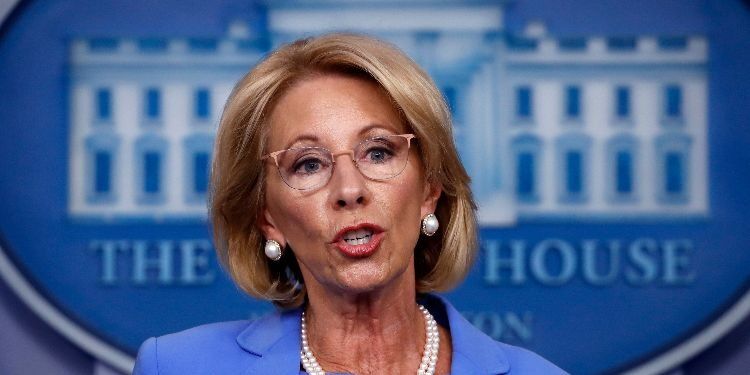