If there was any doubt about the European Union’s attitude toward the state of Israel or the very real gains the Boycott, Divestment, and Sanctions (BDS) movement is making in its campaign to demonize Israel, a decision this week from an E.U. court about the labeling of consumer products made their position clear.

As the Jerusalem Post reports, “Israeli goods produced over the pre-1967 line must be marked as settlement products, the European Union’s top court said Tuesday in a landmark ruling that mandates such labeling in all 28 EU member states for the first time.” The ruling is binding on all E.U. member states and stipulates, in part, “Foodstuffs originating in territories occupied by the State of Israel must bear the indication of their territory of origin, accompanied–where those foodstuffs come from a locality or a group of localities constituting an Israeli settlement within that territory–by the indication of that provenance.” The order applies to all goods “produced in east Jerusalem and the Golan Heights, as well as the West Bank settlements.”

Not surprisingly, the Palestinian Authority’s foreign minister complained that the decision was not far-reaching enough: “Our demand is not only for the correct labeling reflecting the certificate of origin of products coming from illegal colonial settlements, but for the banning of those products from international markets,” he said.

The case was initially brought by an Israeli winery after France passed a law requiring that products made in the West Bank be labeled as coming from an “Israeli colony,” a stricture that France only applied to Israel, not to any other countries involved in territorial disputes.

With its decision, the E.U. has revealed that it, too, is happy to have its professed human rights principles applied unequally. The E.U. has not outlined similar labeling requirements for goods coming from China, for example, despite the fact that the Chinese government is currently in an ongoing territorial dispute with Tibet (to say nothing of the fact that it has created a dystopian surveillance state complete with detention and re-education camps where the country’s minority Uighur population now suffer).

The E.U. might pat itself on the back for giving a prominent Uighur human rights activist its Sakharov prize, but why hasn’t the European court demanded labels for Chinese goods akin to those it now requires of Israel? As a lawyer for the Israeli winery owners who originally brought the case told the Washington Free Beacon, “Can you imagine a situation where plastic cups imported from China must be labeled ‘this country has a one-child policy,’ or gas from Russia must be labeled, ‘This is gas from a country that illegally occupies Crimea,’ or products from the United States require the labeling ‘the U.S. engages in capital punishment and is building an illegal border wall?’ Product labels will have become political billboards depending on the whims of E.U. politicians, and every E.U. importer will shoulder liability for not complying with arbitrary labeling laws.”

Israel’s former justice minister Ayelet Shaked was even more blunt, telling the Jerusalem Post that the decision bore the “stench of anti-Semitism.” Several U.S. Senators, including Bob Menendez, Benjamin Cardin, and Rob Portman, as well as Rep. Juan Vargas, agreed. They wrote letters to the E.U. expressing their concerns about the case.

Meanwhile, on college campuses in the U.S., the BDS movement continues to insist that it is the victim of pro-Israel bullying. At the University of Massachusetts at Amherst this week, a panel titled “Criminalizing Dissent: The Attack on BDS & American Democracy,” featured a merry-go-round of ideologically one-sided complaints from professor Cornel West, Black Lives Matter activist Shaun King, Palestinian Legal founder Dima Khalidi, and, via Skype, one of the co-founders of BDS, Omar Barghouti.

Lest anyone get the wrong idea about the victim-focused tone of the event, which was sponsored in part by the university’s “Resistance Studies Initiative,” it was advertised as an effort to combat “accelerating efforts by U.S. political leaders, pro-Israel lobbying groups, and college and university administrators to silence, smear, and criminalize” BDS supporters.

The university’s chancellor, Kumble Subbaswamy, evidently doesn’t agree with this portrayal of the BDS mission and issued a letter that succinctly outlined the BDS movement’s unfounded claims of persecution and misleading statements about its intent. “The BDS position in general fails to acknowledge the humanity on the Israeli side of the conflict and is considered by many as anti-Semitic,” Subbaswamy wrote. “It is troubling that such a one-dimensional, polarizing event should take place on our campus . . . A panel discussion where only one perspective is shared does little to increase the understanding of such a complex topic like the Israeli-Palestinian conflict.”

As the ADL has long noted, BDS supporters “present this dispute over territorial and nationalist claims as the fault of only one party–Israel. The BDS campaign does not support Israeli-Palestinian peace efforts, and rejects a two-state solution to the conflict.”  The BDS movement’s aim has always been to question the right of Israel to exist. The EU’s highest court has an odd and disturbing understanding of justice if it endorses this pernicious aim, especially at a time when anti-Semitism in Europe is alarmingly on the rise. 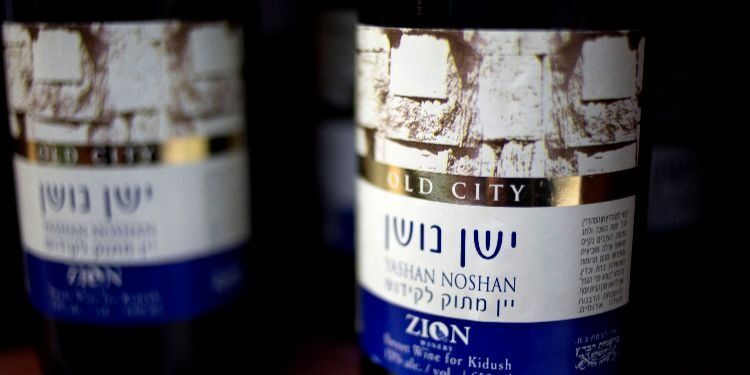