If you read the same pundits and reporters who have been accusing retired Lieutenant General Michael Flynn of high crimes for the last three and a half years, you’d think the transcript of his December 2016 communications with Russia’s ambassador, Sergei Kislyak, confirmed Flynn’s guilt. The New York Times on Tuesday featured a news analysis that led with this ominous-sounding paragraph: “Russian spy services had just carried out a complex campaign to disrupt an American presidential election. But the man who was set to become the White House national security adviser, speaking to Russia’s ambassador, referred to that effort only as ‘the cyberstuff.’”

Jonathan Chait of New York magazine observed:  “The transcripts today quote Flynn telling Kislyak, ‘Do not, do not uh, allow this (Obama) administration to box us in, right now, okay?’ If that does not constitute ‘undermined the outgoing administration’s policy,’ what does?”

Joe Biden’s former national security adviser, Colin Kohl, concluded that Flynn’s phone call proved the incoming Trump administration was unwilling to confront Russia on its election interference in 2016: “There’s no outrage at the Russian attack. There’s no attempt to dissuade them from interfering again.”

All of this heated commentary misses the point. Then FBI Director James Comey kept open a counter-intelligence investigation into Flynn because of his December 29, 2016 phone traffic with Kislyak. He did so after that case was all-but closed. As I write in COMMENTARY’s June 2020 issue, the bureau’s agents had already scoured intelligence community databases and quizzed confidential sources in the probe and come up with nothing, according to a draft January 4, 2017 memo intended to close the investigation. So: Was there anything in that conversation, which would have indicated Flynn was a witting or unwitting Russian agent or asset?

The transcript shows a few things. First off, it reveals that Flynn barely discussed the sanctions imposed on Russia—and it was the supposed discussion of the sanctions he was accused of lying about a few days before the inauguration to Vice President-elect Mike Pence and then, four days into the administration, to FBI agents who came to interview him at the White House.

It also shows that Flynn, who had been vacationing in the Dominican Republic at the time of the call with Kislyak on December 29, 2016, seemed unaware of the details of the recently announced Obama administration actions against Russia. “So, you know,” Flynn says in the transcript, “depending on, depending on what uh, actions they take over this current issue of the cyber stuff, you know, where they’re looking like they’re gonna, dismiss some number of Russians out of the country.” The thing is, that by the time of the call, the Obama administration had already announced its actions against Russia.

Most of the conversation with Kislyak was about the expulsion of 35 Russian spies and Flynn’s desire to explore the prospect of U.S.-Russian cooperation against jihadists in Syria. On the expulsions, Flynn repeats that he doesn’t want Russia to escalate in response: “I really don’t want us to get into a situation where we’re going, you know, where we do this and then you do something bigger, and then you know, everybody’s got to go back and forth and everybody’s got to be the tough guy here, you know?”

Think about it. If Flynn had been Russia’s agent or asset, why would he have indirectly threatened Russia with retaliation if the Putin regime escalated the conflict with the United States?

It is Kislyak who brings up the Obama sanctions. This is the relevant part of the transcript.

KISLYAK: We agree. One of the problems among the measures that have been announced today is that now FSB and GRU [two Russian security services] are sanctions, are sanctioned, and I ask myself, uh, does it mean that the United States isn’t willing to work on terrorist threats?

KISLYAK: Because that’s the people who are exactly, uh, fighting the terrorists.

Notice: Flynn commits to nothing. And while it’s true that we later learned that Flynn had coordinated this call with the Trump transition team, it appears he was primarily focused on reinforcing his message that Russia should not escalate tensions.

It’s impossible to get inside Flynn’s head at the time when he spoke with FBI agents more than three weeks after the Kislyak conversation. But considering that most of his call with Kislyak was about the expulsions and not the sanctions, it’s at least plausible that Flynn did not believe he was lying when he told the agents he didn’t bring up or remember discussing sanctions with Kislyak. The transcript reveals the sanctions were barely part of the conversation. Indeed, the FBI agents who interviewed Flynn concluded he wasn’t lying.

All of this said, there is one fair criticism of Flynn in all of this. Normally, incoming officials would coordinate their communications with the outgoing administration during a presidential transition. Flynn did not.

Daniel Hoffman, a former CIA station chief in Moscow, told me that Flynn’s failure to coordinate his calls with Kislyak with the State Department or FBI could have been a “red flag,” possibly indicating Flynn was trying to hide something. But the substance of Flynn’s recorded interactions with Kisylak, Hoffman said, “give no indication of counterintelligence concerns and frankly were more in line with the Obama Administration’s ‘re-set’ policy.”

The FBI has had this information for three and a half years. James Comey could have said something in this period that would have cleared up that Flynn did not betray his country by asking the Russians not to escalate. Instead, to his shame, Comey allowed this ignominy to linger. And people determined to keep the false Flynn story alive are following him down that ignominious path. 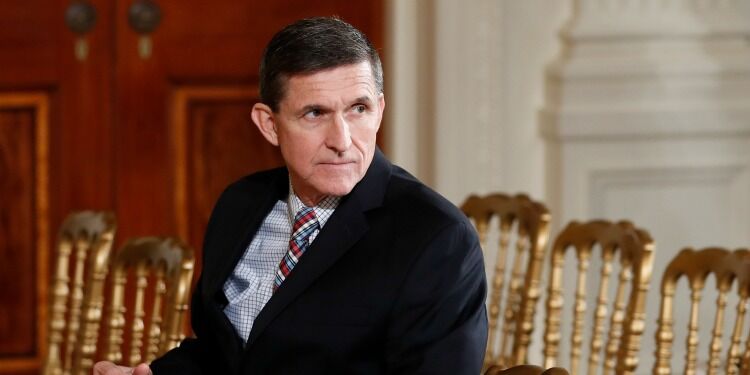 Eli Lake, a columnist for Bloomberg, wrote “The FBI Scandal” for our February issue.