Observing developments since Hamas and Fatah signed their latest reconciliation deal in October is an object lesson in just how much of the Palestinians’ misery is self-inflicted–or to be more precise, inflicted by their two rival governments.

The first thing that happened after implementation of the deal in early November was that prices of merchandise imported to Gaza plummeted by up to 25 percent. Having your money go 25 percent further is an obvious boon to anyone, but especially for impoverished Gazans. Prices fell because, for the first time in a decade, Gazans weren’t paying taxes to two different governments–the Palestinian Authority in the West Bank and Hamas in Gaza–but only to one. As part of the reconciliation deal, Hamas handed control of Gaza’s borders to the PA and dismantled the tax collection checkpoints it had set up at the border crossings.

This long-overdue relief didn’t last long. Earlier this month, I pointed out that, since Hamas would remain the dominant military power in Gaza even after the deal was implemented, it wasn’t clear how anyone could stop it from extorting taxes again once it had gotten what it wanted from the deal. I overestimated Hamas’s patience. Though the PA has yet to fulfill most of its promises to Hamas, the latter has already resumed collecting taxes.

True, the checkpoints are gone, but Hamas found another method to seek the rents on which it survives. It simply summoned several hundred businessmen to appear in its offices and demanded payment of tax on everything they have imported to Gaza since the reconciliation was signed. After all, Hamas needs that money; it has rockets and tunnels to build. So who cares that Gazans will once again be paying inflated prices they can ill afford?

The reconciliation was also supposed to bring another benefit: the reopening of the Rafah border crossing between Gaza and Egypt, which has been closed almost continuously for the last four years. Since Israel allows only limited traffic from Gaza through its territory, Rafah’s closure has meant that leaving Gaza is virtually impossible for most Palestinians.

Israel and Egypt have restricted traffic from Gaza for the same reason: Hamas’s incessant efforts to undermine both countries’ security. In Egypt’s case, Hamas has cooperated enthusiastically with Islamic State’s affiliate in Sinai, providing money, weapons, training, medical care and refuge in Gaza for terrorists fleeing Egyptian security forces. An open border would simply have made it easier for Hamas to supply all these services, as Israel can attest. Israel allows thousands of Palestinians to enter its territory from Gaza every month for business, medical care or transit to another country, and Hamas has exploited that traffic to smuggle everything from cash to explosives.

Once Hamas handed control of Rafah over to the PA in early November, as mandated by the reconciliation deal, Rafah was supposed to reopen. And in fact, it did open for three days two weeks ago, and was supposed to open for another three days this past weekend. But after Islamic State’s horrific attack on a Sinai mosque last Friday, Egypt abruptly announced that Rafah would once again be shut for “security reasons.” As the daily Israel Hayom explained, citing a senior PA official, “Egypt’s security forces suspect that some of the terrorists involved in the attack, as well as other wanted individuals, fled Sinai and entered Gaza via underground smuggling tunnels belonging to Hamas, with the knowledge of senior Hamas officials.” Given Hamas’s track record, that would hardly be surprising.

Incidentally, this track record conclusively disproves the widespread fallacy that Hamas is primarily concerned with the Palestinian cause rather than the cause of global jihad. An organization concerned with Palestinian well-being would strive to preserve good relations with Egypt in order to ensure that Gaza’s main gateway to the outside world remained open. Only an organization that prioritized global jihad way above Palestinian wellbeing would offer extensive aid to Islamic State, even at the price of having Rafah almost permanently closed.

Finally, there’s the minor detail of Gaza’s electricity crisis–a topic I’ve covered extensively in the past. Gaza has been down to four to six hours of power per day for months now, ever since the PA stopped paying for Gaza’s electricity last spring on the not unreasonable grounds that since Hamas was ruling the territory de facto, it should also cover the territory’s expenses. The reconciliation deal requires the PA to resume paying for Gaza’s power. But the PA and Hamas are embroiled in a dispute over which of two steps called for by the deal comes first: the PA’s resumption of the payments, or Hamas’s handover of control of civilian affairs in Gaza. Meanwhile, Gaza remains without power.

Granted, one benefit of the reconciliation does seem to have survived the first month: Gazans with permits to enter Israel are thrilled that, since Hamas dismantled its checkpoint at the border, they’re no longer subjected to lengthy Hamas interrogations every time they leave and every time they return. But we’ll see how long that lasts. After all, Hamas knows who the permit holders are, so there’s nothing to stop it from simply summoning them to its offices for interrogation, just as it summoned the businessmen to pay taxes.

Meanwhile, much of the world will doubtless continue to blame Israel for Gaza’s woes. That will make many self-described humanitarians feel good about themselves, but it will do absolutely nothing to ease Gaza’s misery. 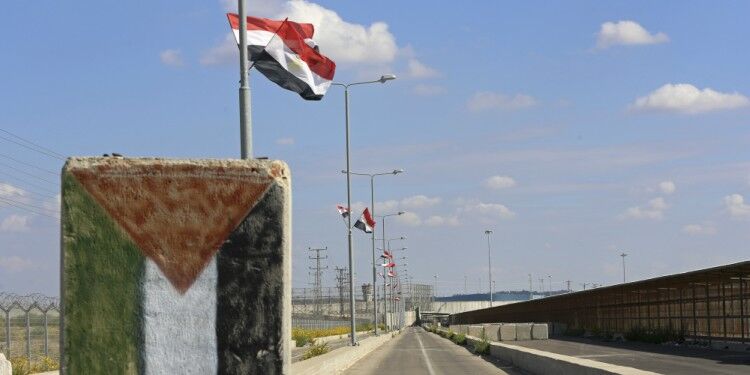