Gaza’s worsening electricity crisis provides a textbook example of why many so-called human-rights organizations no longer deserve to be taken seriously. The crisis stems entirely from an internal dispute between the Palestinians’ two rival governments, and since it can’t be blamed on Israel, most major rights groups have ignored it, preferring to focus instead on such truly pressing issues as—this is not a joke—playing soccer in the settlements. But the exceptions to this rule are even worse: They’re the ones so untroubled by facts that they’ve actually found a way to blame Israel for a problem entirely of the Palestinians’ own making.

A brief recap: Back in April, Gaza ran out of fuel for its only power plant because neither the Fatah-run Palestinian Authority nor Gaza’s Hamas-run government—both of which have plenty of money to spend on fomenting anti-Israel terror—would agree to pay for it. The argument focuses specifically on a tax the PA imposed on the fuel, which Hamas won’t pay but the PA won’t lower. The fuel shortage slashed Gaza’s power supply to about four hours a day.

That same month, the PA announced it would stop paying for 40 percent of the electricity Israel sends Gaza via high-voltage wires, and Hamas naturally refused to take over the payments. Israel continued providing the power anyway for about six weeks, but this week, it finally decided to stop giving Hamas free electricity. That will reduce Gaza’s power supply to three hours a day or less.

The power shortage is creating a worse humanitarian crisis in Gaza than Israel’s partial blockade ever did, yet neither Amnesty nor Human Rights Watch—both of which issued countless statements about the blockade—has published a single press release about the electricity crisis. Astoundingly, however, HRW did find time to issue no fewer than three press statements in May blasting the international soccer association’s refusal to take action against Israel over six soccer teams in the settlements. Apparently, playing soccer in a settlement is a much more serious humanitarian problem than being without power 20 hours a day.

But the Israeli organization Gisha—the Legal Center for Freedom of Movement—adopted an even more dishonest tack in an op-ed published in Haaretz last week (before Israel decided to stop giving Gaza free electricity). Field worker Mohammed Azaizeh provided heart-rending descriptions of the problems Rantisi Children’s Hospital faces due to the power crisis, but was curiously reticent about the cause: He said only that the power plant stopped operating “due to a political conflict,” without ever identifying the parties to the conflict.

He also noted that Gaza’s hospitals are severely short of medicine and medical equipment, but again offered no explanation, not even the lame excuse of an unspecified “political conflict.” Yet in fact, the same political conflict is at fault: In May, the PA stopped paying for Gaza’s medicine, and Hamas refuses to do so itself, so Gaza’s medical stocks are rapidly being depleted.

Only toward the end did Azaizeh finger an actual villain:

Even transferring equipment from Israel that was bought in advance especially for Rantisi is a challenge: Four months have passed since the renovation of the oncology department, with the help of monetary assistance from an American foundation, and they’re still waiting here for essential parts for the air conditioning system. The entry of the parts and equipment into Gaza is being delayed because Israel decided to label them “dual-use” items.

Let’s ignore the fact that this particular lack is irrelevant to Rantisi’s woes, since a hospital Azaizeh described as lacking enough power to keep its lights on certainly doesn’t have enough to run its air conditioners, with or without parts. The key sentence is the clever segue between the paragraph about the lack of medical equipment and the one about the lack of air conditioning: Not only is medical equipment lacking, but “Even transferring equipment from Israel that was bought in advance especially for Rantisi is a challenge.”

Thus without actually saying so, Azaizeh managed to imply that the shortage of medical equipment also stems from Israeli restrictions. And from there, it’s an easy step to concluding that the unspecified “political conflict” behind the power crisis must also involve Israel. In reality, of course, Israel has never interfered with shipments of either fuel or medicine to Gaza, though it has barred dual-use items that aren’t humanitarian necessities.

A human-rights organization that actually cared about Gaza’s humanitarian crisis would name and shame the responsible parties—Fatah and Hamas—in an effort to pressure them to compromise, or at least make clear that the crisis stems from nonpayment and urge international donors to cover the shortfall. Yet Azaizeh’s op-ed makes no effort to address the causes of the crisis; its sole purpose is to smear Israel.

Nor is Gisha a negligible organization. Granted, it’s not a household name in America, but its reports are regularly quoted by the U.S. State Department, the European Union, the UN, and international rights organizations like Amnesty and HRW. Indeed, Europe considers it so valuable that European governments provide over half its funding; the UN and the New Israel Fund also chip in.

None of these self-appointed guardians of human rights are troubled by the fact that Gisha’s main interest is hurting Israel rather than helping Palestinians, since their interest is the same. That’s why HRW cares more about shutting down Israeli soccer teams in the settlements than it does about providing Gaza with reliable power, why Europe lavishes funding on organizations like Gisha, and why even the State Department’s human-rights bureau (not to be confused with the rest of the U.S. government) devoted more space in its annual report to Israeli “rights violations”(most of them either trivial matters or unsubstantiated slurs) than to the ongoing slaughters in places like Syria, Iraq, Yemen and Libya. That’s also why such organizations are becoming increasingly “isolated” in Israel, as the NIF’s president complained this week.

That so many “human-rights organizations” now devote themselves to propaganda rather than exposing real human-rights violations is a tragedy for the many victims worldwide who have consequently been left voiceless. But as long as it remains the case, there’s absolutely no justification for continuing to endow them with money, attention, and above all, credibility. 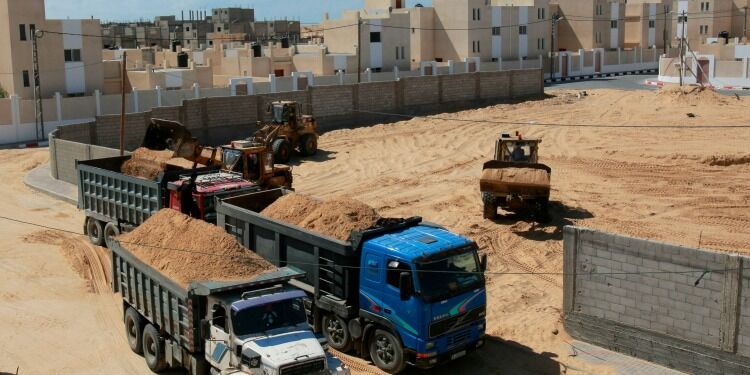