The fact that several perpetrators of Friday’s terror attacks in Paris were French citizens ought to pose a serious logical dilemma for all those liberals who blame terrorism on Western behavior. After all, it has become accepted wisdom on the left that Israel severely oppresses its own Arab citizens. But if terror is truly a response to oppression and Israel truly treats its Arab citizens worse than other Western countries do, how do you explain that while French Muslims have repeatedly committed terror attacks against their own country, Israeli Arab involvement in anti-Israel terror is negligible? In the latest wave of anti-Israel attacks, for instance, only two out of almost 100 perpetrators were Arab citizens of Israel – and one was a woman with a history of suicide attempts who was apparently just trying to achieve her own death by brandishing a knife in a crowded bus station and ignoring police orders to drop it.

Fortunately for liberals’ cognitive dissonance, there’s no need to reconcile these seemingly irreconcilable axioms, because both of them are nonsense. I debunked the theory that terror stems from “relative deprivation” last week. And the accepted wisdom about how Israel treats its Arab citizens can be debunked simply by examining some of the findings of the Israel Democracy Index, a sweeping annual survey whose 2015 edition was released last week.

Unsurprisingly, the IDI didn’t show that Israel has become the first country in history to eliminate discrimination or racist attitudes; both still exist, just as they do in every other Western country. Indeed, a majority of Jewish respondents readily acknowledged that Israeli Arabs still face discrimination, which is clearly a necessary step toward reducing it.

Nevertheless, an overwhelming majority of Arab respondents evinced no desire to live anywhere but Israel when asked the following question: “If you had the opportunity to become a citizen of the United States or any other Western country, would you prefer to move there or to remain in Israel?” Fully 83.4 percent said they would rather remain in Israel – virtually identical to the proportion among Israeli Jews (84.5 percent). That strongly implies that Israeli Arabs don’t consider their situation to be too bad; if they did, more would express interest in emigrating.

Attitudes toward state institutions were also noteworthy. Arabs and Jews expressed virtually identical levels of trust in two key law enforcement agencies, the police, and the Supreme Court. Even more surprising, Arabs outpolled Jews – often by large margins – in their level of trust for many other state institutions, including the Knesset, the media, political parties, the National Insurance Institute, and the health maintenance organizations. Only three institutions – the army, the executive branch, and the state president – won higher levels of trust from Jews than Arabs.

Needless to say, if Israeli Arabs were really suffering severe oppression and discrimination, one would expect them to have much lower levels of trust in state institutions than Jews do. The fact that this isn’t the case indicates that Arabs, on the whole, don’t see themselves as getting a raw deal from the state.

Nevertheless, one question ought to set off alarm bells among anyone who supports a Jewish state where minorities live with equal rights. That question asked whether respondents agreed or disagreed with the following statement: “Most Arab citizens of Israel have not reconciled themselves to the state’s existence, and support its destruction.”

Though majorities of both Jews and Arabs disagreed, almost a quarter of Arab respondents deemed this statement true. That indicates that while “most Arab citizens” is almost certainly an exaggeration, a non-negligible minority of Israeli Arabs do indeed support Israel’s destruction. One could dismiss the fact that a large minority of Jewish respondents also deemed the statement true as mere prejudice since many Jews have little firsthand acquaintance with Arabs. But Arab respondents are presumably reporting the attitudes they actually hear among their own circles. This supposition is reinforced by the fact that the proportion of Arabs who agreed with the statement was more than twice as high among those who voted for the Joint Arab List – a party that refuses even to condemn anti-Israel terror – as it was among those who voted for Zionist parties, and who therefore presumably inhabit more integrationist circles.

There are two lessons here for liberals concerned over the situation of Israel’s Arab citizens. First, that situation is much better than you think. But second, if you want it to continue improving, it’s time to stop supporting “authentic” Arab voices like JAL, which oppose integration, and instead start supporting those who truly favor being part of the Jewish state. 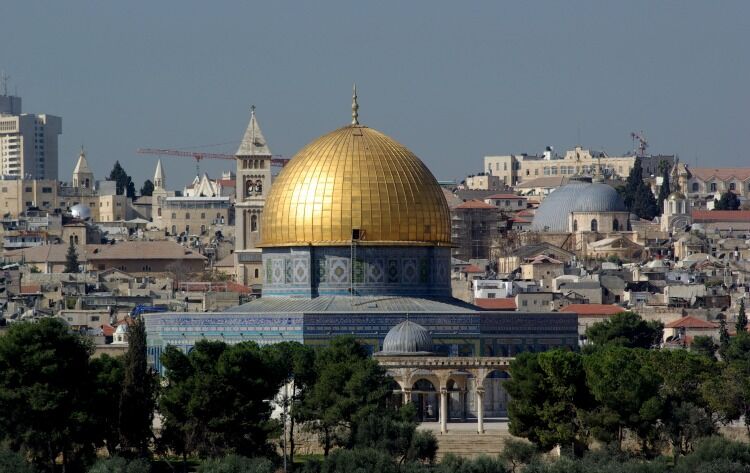