Now that the battle to drive the Islamic State (ISIS) from its Syrian capital of Raqqa has ended, reporters are beginning to explore the devastation the fighting left behind. The information that has emerged so far sheds some interesting light on the Hamas-Israel war in Gaza in summer 2014. In particular, it utterly refutes the accusation by the UN and much of the Western world that Israel caused “appalling” and “excessive” Palestinian casualties.

Admittedly, that isn’t obvious at first glance. According to the Syrian Observatory for Human Rights, over 3,000 people were killed in Raqqa, including about 1,130 civilians, during the course of a four-month battle. In Gaza, according to UN figures, 2,251 Palestinians, including 1,462 civilians, were killed in the course of just 50 days. And while there’s good reason to think the UN’s civilian casualty count is wildly inflated (the actual ratio of civilian-to-military casualties is probably around 1:1 or even lower), even Israel puts the total death toll at 2,125 people, comprising 936 combatants, 761 civilians, and 428 unidentified. That isn’t nearly as far below Raqqa’s figures as the conflicts’ relative durations might lead one to expect.

But that simplistic conclusion ignores two crucial factors. The first is that a comparison of raw numbers is meaningless; the relevant comparison is casualties as a proportion of the population. And by that measure, Raqqa’s casualty rate exceeded Gaza’s by as much as 100 to one. Here’s the math:

According to a New York Times report published last week, Raqqa had a population of 300,000 when ISIS took it over. But after the organization began imposing a brutal reign of terror in 2014, “tens of thousands” of people fled, so the population was much lower when the battle to oust ISIS began. More people fled once the battle started. Consequently, “By the dwindling days of the group’s rule, only about 25,000 residents remained.” In comparison, Gaza’s population in 2014 was around 1.79 million, according to official Palestinian statistics.

Moreover, the real difference is probably even greater, due to the second critical factor: the effect of Raqqa’s more extensive property damage.

In an article last year comparing property damage in the Gaza war to property damage in the battle to oust ISIS from the Iraqi city of Ramadi, I found that roughly six percent of buildings in Gaza were destroyed or badly damaged, compared to about 50 percent in Ramadi (the detailed calculation is here). The damage in Raqqa is still being surveyed but is likely to prove similar to that in Ramadi. As New York Times reporter Ivor Prickett wrote last week, “when I visited eastern Raqqa, it was hard to find a street or building that had not been damaged by the fighting.”

The result, as Prickett noted, is that on top of the 3,000 people known to have been killed in Raqqa, “many others are missing.” And many of the missing probably died and were buried under the rubble. They will be found only months later, if ever, judging by the experience of the Iraqi city of Mosul. There, as the New York Times reported earlier this month, bodies are still being dug up from the rubble more than two months after the city’s liberation from ISIS; it will take many more months to find them all, and some may never be found.

The fact that, as the Times put it, many of the thousands who “may have died in the fighting” in Mosul are “lying uncounted beneath the rubble” means the city’s true death toll may never be known. The same is likely true in Raqqa. But in both cities, the large number of bodies buried under destroyed buildings means the actual death toll is certainly much higher than the initial reports.

In Gaza, however, precisely because the property damage was much less extensive, all the dead were located quickly and a total could be announced almost immediately. Final casualty totals in Gaza are being compared to very partial and preliminary counts in places like Raqqa and Mosul, making the Gaza conflict look bloodier by comparison than it really was.

ISIS and Hamas employ virtually identical tactics, which is why comparing Gaza to Raqqa or Mosul makes sense. Both dig extensive tunnel networks under civilian buildings, wire civilian buildings with explosives, stockpile arms in civilian buildings and fight from the midst of a civilian population. These tactics greatly increase both property damage and civilian casualties, whether in Gaza, Syria, or Iraq.

Yet despite the enemy’s similar tactics, Israel produced vastly lower casualties as a proportion of Gaza’s population and much less property damage as a proportion of Gaza’s property than the Western coalition against ISIS did in Syria and Iraq. In other words, the very Western countries that accused Israel of “disproportionate” and “excessive” harm in Gaza were guilty of far greater harm in Syria and Iraq.

So if they really believe the accusations they hurled at Israel, Western leaders—starting with former U.S. President Barack Obama and Secretary of State John Kerry—ought to turn themselves in as war criminals. And if they don’t like that option, it’s past time for them to finally admit that what they acknowledge in Syria and Iraq is equally true in Gaza. It’s simply not possible to fight terrorist organizations that employ the tactics used by ISIS and Hamas without harming civilians.

And it’s also time for them to admit what a group of high-ranking Western military experts concluded in a comprehensive report on the Gaza war: faced with these difficulties, Israel’s success in minimizing civilian harm equaled or exceeded that of any other Western country. If more proof were needed, that 100-to-one difference in casualty ratios between Raqqa and Gaza certainly provides it. 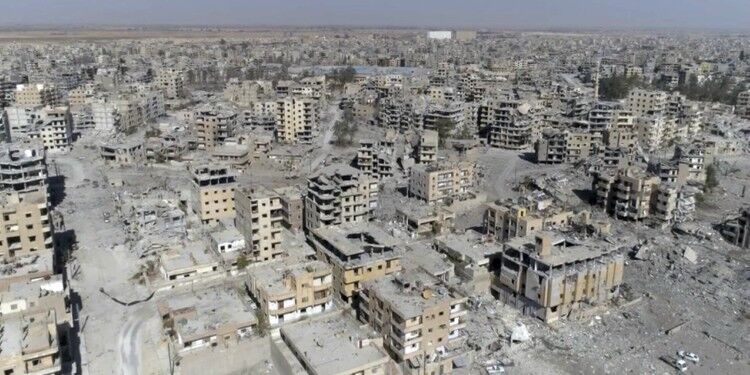