The arrest of a Jewish American-Israeli teen for making hundreds of bomb threats against American Jewish institutions in recent months seems to put paid to the favorite explanation advanced by both American Jews and the broader American left–i.e., that Donald Trump’s election empowered right-wing anti-Semites, leading to an upsurge in anti-Semitic acts. Yet the fact remains that the number of threats did jump dramatically following Trump’s election, to a degree that seems hard to attribute to mere coincidence. Now, new disclosures by the Israeli police provide a way to square that circle. It turns out the sudden increase was, in fact, connected to Trump’s election–not because of anything Trump did or didn’t do, but because of media’s hysterical reaction to it.

Police sources told Haaretz that the teen’s main goal appears to have been obtaining media coverage. He had been making bomb threats for at least two years, against a wide variety of targets in several different countries, and after every such threat, he would monitor the media. If the threat didn’t provoke much response, he would lose interest in that target and try again somewhere else. But if the threat did create a media stir, he’d start targeting similar institutions in the same general locale in the hope of producing a similar media buzz.

For most of the last two years–during which he threatened targets like shopping malls and airlines, as well as Jewish institutions in countries like Australia, New Zealand, and America–his threats produced little media coverage, so he didn’t repeat them. But after Trump’s election, he suddenly hit pay dirt. Threats against U.S. Jewish institutions fit right into the American Jewish community’s loudly proclaimed narrative that the election had empowered right-wing anti-Semites, epitomized by Anti-Defamation League CEO Jonathan Greenblatt’s ludicrous assertion that U.S. anti-Semitism was now at a level unseen since 1930s Germany. Moreover, such threats fit right into the broader left-wing narrative that Trump’s election had empowered white supremacists, racists and other right-wing hate groups.

Consequently, whereas anti-Semitic acts received little media coverage during President Barack Obama’s tenure, they suddenly began receiving massive media attention following Trump’s election–not just in America, but worldwide. The result, given the teen’s longstanding modus operandi, was inevitable: For the past few months, the Israeli police sources said, he has focused all his energy on threatening Jewish institutions in the U.S., because he knew that would create the media outcry he wanted.

There’s also a second Trump angle to this story, and it, too, contradicts the accepted narrative. The Israeli police sources told Haaretz that even though the bomb threats had gone on for two years and several different countries were involved in the investigation, until recently, capturing the perpetrator wasn’t considered high priority. What changed that, they said, was Donald Trump.

A few weeks ago, he ordered the FBI to make nailing the suspect high priority. The FBI consequently sent 12 cyber crime experts to Israel, and with their help, the Israeli police managed to track down and collect evidence against the teen (Start-Up Nation has bypassed Israel’s police force; the country’s top geeks go into either business, the army, or the intelligence agencies).

In short, for all the criticism he justly earned for his belated and reluctant condemnations of anti-Semitism, Trump took action to stop it in a way his predecessor never did–a point to remember for anyone who believes that actions speak louder than words.

Many commentators have already noted that by rushing to blame Trump and his supporters for the bomb threats despite the complete absence of any evidence, the U.S. Jewish community has made the fight against anti-Semitism more difficult, because next time, its claims are liable to be met with considerable skepticism. But the new police information indicates that the damage was even worse than that: The anti-Trump hysteria actually encouraged the very attacks it was meant to combat.

The lesson here obviously isn’t that Jews shouldn’t react to anti-Semitic acts. But by tying the bomb threats into a broader anti-Trump narrative for their own political purposes, American Jewish leaders and their non-Jewish left-wing allies generated a degree of media hysteria that the acts on their own would not have produced. And that is precisely the type of hysteria that attracts copycats–in this case, not just the original perpetrator (who copycatted his own attacks once he saw they produced the desired media attention), but also the only other person arrested to date.

Absent this media hype, it seems unlikely that Juan Thompson, a black, left-wing radical who was stalking his girlfriend, would have come up with the idea of making trouble for her by phoning bomb threats into Jewish community centers and trying to make them look as if they were coming from her, instead of choosing any number of other possible targets.

In short, by making the bomb threats part of a broader anti-Trump narrative without a shred of evidence, American Jewish leaders discredited both themselves and the battle against anti-Semitism while also actively encouraging copycat attacks. Obviously, they didn’t mean to do any of those things. But there’s a lesson that needs to be learned here, and it goes way beyond the narrow issue of Donald Trump:  Jewish interests aren’t identical to those of any political ideology, either liberal or conservative. And when you conflate Jewish interests with political ones, Jews are usually the ones who end up the losers. 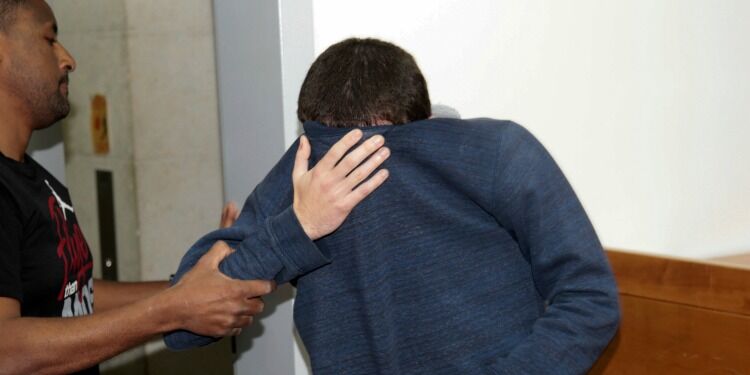