Israel and its supporters have argued for years that many “human rights” organizations are far less concerned with human rights than with pushing a political agenda. But as long as that political agenda consisted mainly of attacking Israel, most Westerners remained convinced that these groups still deserved their credibility and moral haloes. Even initial forays into political issues unconnected with Israel – like Amnesty International’s controversial assertion last year that upholding human rights requires decriminalizing prostitution – didn’t destroy the halo. But by demanding that the European Union accept millions of Middle Eastern migrants rather than returning them to Turkey, these organizations have picked a political fight that millions of Europeans actually care about. And in so doing, they may be dealing their own credibility a long-deserved death blow.

The “human rights community” is outraged by the EU’s recent deal with Ankara, under which all migrants entering Europe via Turkey will be promptly returned there. The Council of Europe’s commissioner for human rights, Nils Muiznieks, declared that such “automatic forced return” is “illegal,” and the only acceptable solution is for EU countries to “ramp up the relocation of asylum seekers” into their own borders. Human rights groups similarly asserted that the deal violates international humanitarian law, inter alia, because they claim Turkey is unsafe for refugees. Amnesty, for instance, termed the deal “abhorrent.”

Then, angry over the EU’s refusal to accept their view, the organizations halted assistance to tens of thousands of migrants already in Greece. The UN High Commissioner for Refugees, Medecins Sans Frontieres, the International Rescue Committee, the Norwegian Refugee Council and Save the Children all suspended operations in Greek refugee centers to protest the deal.

There are numerous problems with the “human rights community’s” response to this deal, but let’s start with the biggest: the claim that it somehow violates international law, in the form of the 1951 Refugee Convention.

This convention was intended to ensure that anyone with a “well-founded fear” of persecution could find refuge somewhere, so as to prevent a repeat of the situation in which six million Jews were slaughtered by the Nazis because no country would let them in. But it never guaranteed anyone, much less tens of millions of people, access to the country of their choice.

Turkey, understandably, isn’t most refugees’ first choice. It’s an authoritarian country where basic rights like freedom of the press are ruthlessly suppressed; it has suffered numerous terror attacks in recent years; and it’s less wealthy than Europe. But all this makes it no worse than much of the rest of the world.

The one thing Turkey isn’t is unsafe for most refugees. It has hosted millions of Syrian refugees for years; the current tally exceeds 2.7 million. And unlike Syrians in Syria – where a brutal civil war has killed some 470,000 people since 2011 – the refugees in Turkey have survived. Turkey also grants full access to UN officials, so UNHCR could process refugee applications just as well in Turkey as it could in Greece.

Thus, if Turkey is willing to continue hosting these refugees in exchange for benefits like billions of euros and visa-free access to Europe, there’s no earthly reason why those refugees should be entitled to relocate to the EU instead. Indeed, if Turkey’s drawbacks suffice to entitle refugees to resettle in Europe, at least half the world’s population would be similarly entitled.

On this issue, the usually inapt analogy between Syrian refugees and Jews during the Holocaust is instructive. Jewish refugees from Nazi-occupied Europe certainly preferred to go to America, but they willingly fled to any country that would take them – not only impoverished, authoritarian countries in South America and Africa, but even China — then under brutal Japanese occupation. And while they didn’t have it easy, their flight accomplished its purpose: Most of those refugees, even in Japanese-occupied China, survived and could later rebuild their lives.

Similarly, refugees in Turkey don’t have it easy, but they’re surviving. Thus, relocating them to Europe isn’t necessary to fulfill the refugee convention’s goals; it’s necessary only to achieve a political purpose: remaking Europe by flooding it with millions of migrants.

But if rewriting international law to serve their political agenda weren’t bad enough, “human rights” groups then compounded the offense by hurting real human beings in order to push this agenda. Suspending aid to refugee centers in Greece won’t kill the deal; it will only make the refugees more miserable. So these groups are sabotaging refugees’ right to humanitarian assistance – a right they themselves claim the refugees have – just to make a political point.

Finally, there’s the fact that this political activism is aimed exclusively at the West. The UN and international aid organizations did not, for instance, suspend operations in government-controlled parts of Syria to protest the Assad regime’s refusal to grant them access to besieged rebel-held towns where people were literally starving to death – a far graver violation of international humanitarian law than returning asylum seekers to safe haven in Turkey. On the contrary, the UN’s Office for the Coordination of Humanitarian Affairs actively collaborated with the Assad regime to conceal the deadly impact of these sieges. In short, protesting Western “misbehavior” is so important that it even justifies withholding aid to people who need it, but far worse behavior by non-Western regimes doesn’t even merit verbal protests.

The response to the EU-Turkey deal once again proves the truism that what starts with the Jews never ends with them. With regard to Israel, the “human rights community’s” political agenda has long trumped concern with actual human rights. That’s why Amnesty, for instance, issued more than five times as many tweets one month last summer about the previous year’s Gaza war, which killed some 2,200 people, as it did about the ongoing Syrian war, which has killed 470,000: If Israel can’t be blamed, Amnesty isn’t much interested.

That’s also why Israeli organizations helping Syrian refugees in Greece discovered that while no Syrian ever refused their help, members of international “human rights” organizations did, even though the Israelis were among the few volunteers who spoke Arabic: These international “humanitarians” viewed boycotting Israel as more important than communicating with the refugees they ostensibly came to help.

Such politicization of human rights never bothered most Westerners as long as Israel was the only victim. But now that it’s being turned against Europe, perhaps the West will finally recognize the travesty that the “human rights community” has become. 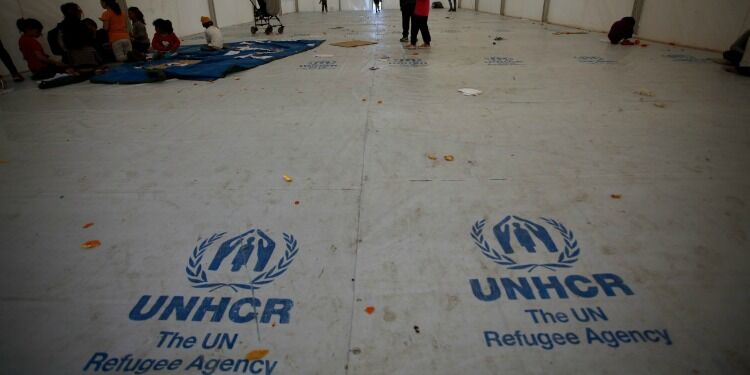