For political junkies, there’s nothing more entertaining than the autopsies of wildly unsuccessful campaigns, and we already have a few juicy ones about Jeb Bush’s after his departure from the race Saturday night. They all follow the same line: Jeb was the wrong candidate for the wrong year. He and his SuperPAC misunderstood the Trump threat. He was shielded from bad news. He wanted to be substantive in a year when no one wanted substance, and he didn’t know how to handle his brother’s legacy.

All that is true. But it’s all beside the point. Jeb was a dead duck before he ran. I saw him speak at two events in New York in October 2014, and the idea that this was the guy an angry and energetic party was going to choose to be its standard bearer was utterly risible. He was bland when he was not dull, and even speaking on an issue about which he is supposedly passionate — education — he had nothing of interest to say. And it wasn’t because he was wonky. I’m wonky. And I’m interested in the subject. What he was pitching was moderate-conservative boilerplate, and he wasn’t even doing it very well. There was no juice, no fire, he sucked the air and enthusiasm out of rooms that were eager to hear him.

The fact that he was able to raise more than $100 million from a network of what the service culture calls “ultra-high-net-worth individuals” — meaning people who know how to make colossal sums of money in part because they don’t spend their days reading polls and Twitter and following politics at a granular level — was nowhere near as meaningful as some were led to believe. That money was raised in no small measure to keep Mitt Romney out of the race, which suggests just how conventionally minded and linear the Jeb Bush team was. Romney would no more have flourished in the 2015 environment than Bush did, even though he could have run on saying he was right about Russia and the country would have been in better shape had it gone with him in 2012. If in the Romney scenario, Trump had gotten in as well, he would have chewed Romney up and spit him out. “Look at what Mitt did to poor Rick Santorum.” “Look at Mitt, picking on poor Newt Gingrich.” “Mitt, you had your chance, and you blew it, you GAVE us Obama.”

And if for some reason Trump hadn’t, all that could have been done by Ted Cruz or, with a smile, by Marco Rubio. Or by Chris Christie, who showed he had a taste for committing political suicide by getting incredibly nasty with one of his rivals.

So that was the Romney threat. It was easy to see Romney wouldn’t have won if he had run, but the Jebbies didn’t see that.

And they were operating far more on the basis of emotion than candidacies should. Their utter obsession with the supposed betrayal of Jeb by Marco Rubio — they called him Judas, and not humorously — was an example of that. It’s startling how deeply personal his decision-making was and how we were expected to understand that and give him credit for wrestling with it. We saw it in the persistent reports on Jeb’s self-examination of his motivations and feelings and whether he could run “joyously,” and how he was running to be the “adult,” and how he thought he might have to “lose the primary to win the general,” and later how he was to be praised for taking on Trump as though doing so had been a selfless act in which he was taking one for the team. We saw it in his difficulty figuring out just what to say about his brother’s presidency and the Iraq war, which he basically made into a public matter.

Nobody cares about how a candidate feels. Nobody cares what his motivations are. Nobody cares about his internal struggles to bring himself to choose to run. As Jeb himself said in his town-hall appearance last week, elections are about the voters and not about the candidate. The post-mortems suggest that Jeb was the ideas candidate in the race, but that’s just not the case. He was the biography candidate more than anyone else — the one you were supposed to admire because of his experience doing things a decade ago and implicitly because in his blood he represented the continuity with a better Republican past in the race.

I have no doubt Jeb Bush is a wonderful person. But he was a lousy candidate. He should never have run in the first place, and he helped make a big mess. 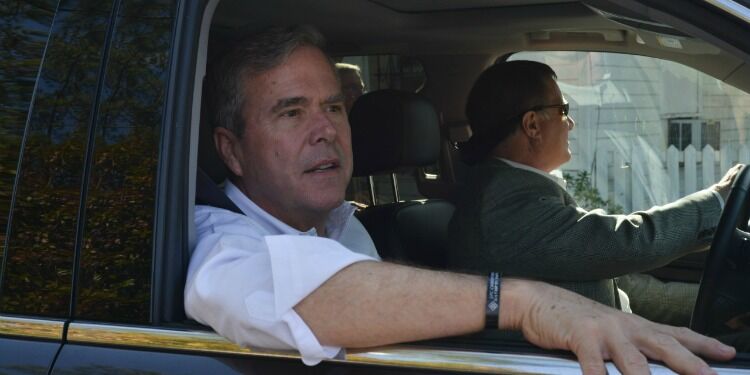