John Bolton has never trimmed his sails in pursuit of power or authority. He is who he is and always has been. He believes in the efficacy of American power and the need to project it to make America safer and improve its position in the world. And he believes that we should confront antagonists rather than seek to find common ground with them.

He was this person the day before Donald Trump appointed him national security adviser, and he remained that person throughout his tenure. He argued internally for exactly the policies and ideas he had advocated before he was installed in the West Wing.

Love his views or hate his views, isn’t this what we want from our public servants—what might be called “intellectual transparency?” Those who disagree with Bolton’s worldview are right to celebrate his departure, but they only know they are right because Bolton is not a prevaricator or a careerist. I have had my differences with him in the past. In 2007, he spoke at a COMMENTARY dinner at which he went through the possibilities of salutary American military action in the Middle East without bothering to confront the argument that the mess in Iraq pretty much precluded any further action along the lines he was laying out.

That said, consider the difference between Bolton’s White House tenure and that of, say, Samantha Power—a person who rose to prominence arguing heatedly and with the zeal of an Old Testament prophet that failure to stop genocides was the moral stain of our age and who then sat there like a tower of Jell-O in the Obama White House as a genocide went on in Syria.

From what we can tell, Bolton never stopped pushing his positions on American strength and not coddling our enemies, on the reasonable assumption that this was what he was there for. Or perhaps because, as a man of integrity, he could do no other. At a time when people are twisting themselves into ideological pretzels to keep their jobs and stay in good with the boss, John Bolton kept his honor and his integrity. And in the end, what else does a public intellectual have but those? 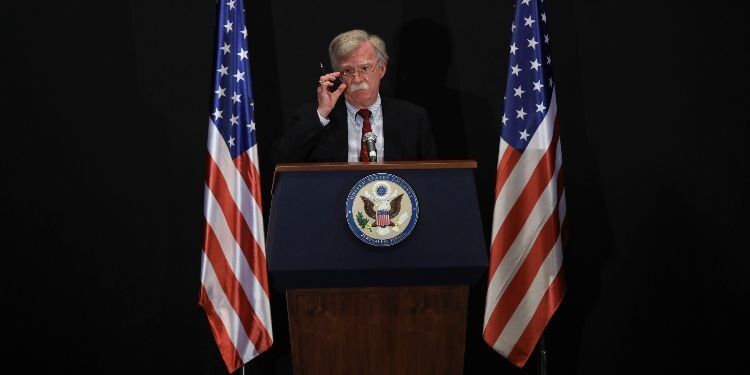