There was once a Republican Establishment. There isn’t any longer, no matter what you’re hearing. Here’s the story.

The Republican Establishment was a subset of the American Establishment. These were not formal entities; they were not entities at all. Indeed, the term for them only came into common currency in England in the 1950s, when the British journalist Henry Fairlie used it to describe a group of people who went to the same schools, ate lunch in the same clubs, and so from childhood came to share the same set of attitudes that permeated the way they exercised power and transmitted cultural messages through the system. It is meaningful that Fairlie described it so pointedly just as it was crumbling away in England; perhaps it was only as it was melting away that its skeletal structure could be seen and its genus and species identified.

That Republican Establishment, the actual Republican Establishment, went into its death throes in 1988 when George H.W. Bush, who had been its pluperfect representative — a Connecticut Brahmin, son-of-a-banker-turned-senator, Andover-and-Yale-educated, Skull-and-Bones-tapped selfless war hero (this last is crucial too), businessman and Congressman, government official — ran for president. He had made his first bid in 1980 as the unreconstructed Establishment candidate. On policy, he was upright and orthodox. He worried about the deficit and disdained newfangled approaches to growth he called “voodoo economics.” He was a lifelong attendee of the Episcopal Church, and his political disposition, like his faith, was moderate and accepting. The idea that a deep cultural conflict over social change was dividing the United States over issues like abortion and feminism was ever so slightly distasteful; just as these were not polite matters for dinner-table discussion, they were not properly within the boundaries of the political conversation. Politics and diplomacy; these were arts of compromise above all.

He was not a liberal. (There were liberal Republicans, many of whom had joined the GOP in the 1930s and 1940s out of disgust with the Democratic party’s acceptance of segregationists; not Bush.) But he was not a conservative either. There was a time when you could actually be neither. Indeed, part of the cultural mien of the Republican Establishment was precisely that it was neither. It was professional, managerial, responsible. It was a disposition that prized discretion and disdained emotionalism. It was unimaginative because it was worldly and believed in accepting the world as it was at any given moment. It believed in capitalism, pretty much the way it believed in the existence of oxygen, but was uninterested in the set of ideas that undergird capitalism and how they might apply more broadly — and was, therefore, incapable of mounting a philosophical defense of it. It believed in public service and good works as part of an overall commitment to the society. It was housed in Wall Street brokerages, in so-called white-shoe law firms, and in the U.S. foreign service, intelligence, and Treasury bureaucracies.

By 1988, that Bush was gone. The Man from the High Church had been replaced by a man who said he was “born again.” Once having described himself as personally opposed both to abortion and a constitutional amendment to overturn Roe v. Wade, he transmuted into a pro-life activist. Once a supporter of Kissingerian foreign policy, he was now a reconstructed unreconstructed Reaganite. During the Reagan years the political ground on which the Republican Establishment once stood had been colonized by the onrush of social conservatives into the GOP, by the triumph of the Reaganomics of which it had been so suspicious, and by the success of a foreign policy approach that did not accept the prevailing world order but sought to change it to benefit the United States and the cause of freedom.

The institutional ground it had occupied was transformed in the 1980s as well. The gentlemanly brokerages were taken over from the inside by aggressive and less highly connected traders who turned these firms into billion-dollar enterprises and eventually took power away from the clubbed-up partners. The white-shoe firms ceased being quiet advisors and undertook the task of finding the legal basis for the restructuring of world capitalism through mergers and acquisitions.

Just as the balance of power on social matters shifted to the Right politically, so it shifted to the left culturally. Take environmentalism as one aspect of this. The Republican Establishment had been environmentally knowing; indeed, the nation’s leading environmental organization, the Nature Conservancy, was one of its strongholds. It came to control vast amounts of shore-land in the United States in an interesting way: From Maine to Florida, people with property along the coast would donate acreage to the Nature Conservancy to keep it pristine in perpetuity — while maintaining their own property adjacent. In other words, they would get the benefit of having view and access and a tax break for the donation. Good works — and self-interest.

The ideological flowering of the environmentalist movement in the 1970s and 1980s changed all this. It was no longer enough. To consider yourself a steward of the environment you had to do more, go further, be more aggressive and intrusive when it came to capitalism and its exploitation of natural resources. Conservation was no longer sufficient. And given the importance of its stewardship of the land and sea to the Establishment’s sense of itself, it found itself crosswise of others who were now part of the GOP — agribusinesses and small manufacturers who felt they were being oppressed by regulation and new legislation and the like. You had to choose sides. Culturally in this way and in others, the Republican Establishment effectively threw its hand in with the Left.

So Bush turned away from his Establishment base to get himself elected in 1988. But he could not resist the siren temptation of his own past. He made the fatal error of turning back to his roots in 1990 when he agreed to the budget deal that traded fiscal restraint for tax increases. Establishment Republicans had no philosophical or ideological discomfort with raising taxes so long as the tax money was spent responsibly. That was not true of the Reaganite Right, which believed philosophically that taxation should be viewed as a taking — necessary for the common defense and the preservation of a safety net but not to fund general government action best left to individuals and mediating institutions.

Bush ensured his defeat in 1992 with the budget deal, which turned his party against him. The Republican Establishment had breathed its last. Its shadow was present in the fundraising network Bush established that helped his son George W. win the presidency… as an actual born-again Christian and the most conservative president the country had yet seen. And it is present as well in the $103 million Jeb Bush raised for his Super PAC, but it has no hold whatever on him and how he expresses himself. Bush’s loss in 1992 ended the death throes and sounded the death knell.

So what are we talking about now when we talk about the Republican Establishment?

Let me use the example of my old friend, the anti-tax activist Grover Norquist. Twenty years before Ted Cruz, Grover was a provocative Harvard right-winger — outre in every way. He moved to Washington, and in the 1980s through the early 1990s, Grover was about as counter-Establishment as it was possible to be. He hosted quixotic fundraisers in his house on Capitol Hill for an endless procession of very conservative, policy-oriented, nerdy Republicans staging doomed bids to unseat Democrats from their House and Senate perches. He got behind state-level efforts to oust centrist Republicans from positions of power in their state capitals and replace them with right-wingers. He conspired to get conservatives to challenge non-conservatives who held positions on the 165-member Republican National Committee, and worked to get hold of the rules committees at the Republican conventions to write the party’s platform. He was an insurgent.

And he was close to Newt Gingrich, a gadfly Georgia congressman who overthrew the sclerotic GOP leadership in the House and then took advantage of financial scandals besetting House Democrats and the excessive liberalism of the first two years of the Clinton administration to lead a “revolution” that brought Republicans to power in the House for the first time in 40 years — and won them the Senate as well.

That was 20 years ago. Grover was an outsider. He became an insider. He runs a weekly meeting during which people on the Right try to coordinate activities of benefit to their causes. But he’s an odd kind of insider — the kind that drives elected officials crazy because he still forces them to show their hands when it comes to raising taxes by placing his so-called “pledge” not to do so before them.He’s the Republican Establishment, but he isn’t. Indeed, what he does angers many of those whom others call members of the “Republican Establishment.”

As Grover moved from periphery to center, Newt’s deputy and rival Tom DeLay began something called the “K Street Project” to get DC lobbying firms and PR firms and other businesses in a parasitic relationship to the government to employ Republicans and conservatives. The best you can say about this is that it was a countercultural effort to stage a conservative “march through the institutions” to parallel the liberal march through the institutions that began in the 1960s. What ended up happening, of course, is that young conservatives got all tangled up in the DC money-and-influence business in a way they hadn’t been before and lost a good deal of the high ground they had held when they were laboring as policy wonks. Many of them are also considered part of the “Republican Establishment” now. But they have very little in common with each other at this point.

The term “Republican Establishment” is most often deployed negatively. Some use it to mean a get-along-t0-go-along type, some to mean an unimaginative party regular who opposes change, some to mean a rich person who’s looking for a tax-break or deregulatory handout. Over the past few years, it became shorthand for those who dismissed or were uncomfortable with the rise of the Tea Party or later for those who did not think government shutdowns were good ideas. But that tells you nothing about what constitutes this “Republican Establishment,” and that is all an Establishment is — a set of people in the elite who share the kinds of cultural and social commonalities that truly define a kind of social and political caste, and for which important matters are transmitted invisibly through family and educational and social ties so that they end up operating almost unconsciously from the same base of experience. 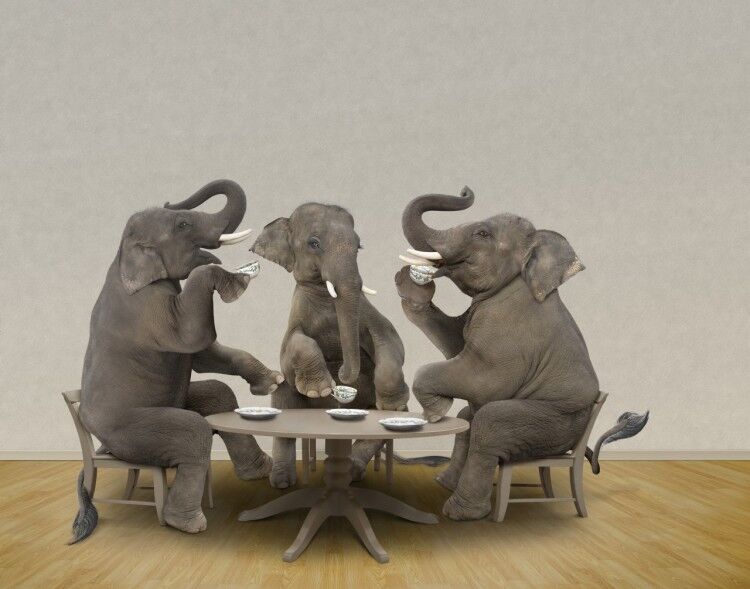