As the House of Representatives prepares to impeach the president on Wednesday, there’s a baffling spirit in the air among the politically aware and ideologically conscious. This is, we keep hearing, a historic moment, only the third impeachment in American political history. But it doesn’t feel historic. It doesn’t feel like much of anything, to be honest. It’s just another day ending in “y” in Donald Trump’s Washington.

Now, I guess unusual things are historic things. But it might be worth wondering why it is historic, given the fact that everyone knows the impeachment is as far as this effort to punish Trump will go. He will be acquitted by the Senate, as Bill Clinton was acquitted, and as Andrew Johnson was acquitted—although Johnson came very close to conviction. And this is precisely why impeachments are unusual. Because they’re pointless. Only once in American history has a president resigned rather than face what he believed to be certain conviction in the Senate. That’s 1/45th of the presidents we’ve had. You do the math.

Presidents have been hated by their rival parties since the dawn of the republic, and presidents have behaved in bad and unconstitutional ways throughout the history of the republic, and parties hostile to the president have had control of the House of Representatives and been capable of generating a majority vote for impeachment—yet this arrow has been left in the quiver 93.333333 percent of the time.

Politicians aren’t generally in the habit of dedicating months of their time to pointless acts. It’s not good…politics. Politicians want to get things done and tell their constituents about it. They don’t want to fail. House Democrats have convinced themselves that this impeachment will be a success in the long run because “history” will judge them right, and will judge those who acquit Trump wrong—but the thing is, history doesn’t vote, and in the long run, we’re all dead.

This is in part a reflection of the “big sort,” the fact that so many House districts are so ideologically and factionally homogeneous that most members of the House (on both sides) don’t even have the felt need to take account of voters who are not of their party.

But it’s a strange time we live in indeed when what Democratic voters are demanding is a radical move that is doomed to political oblivion. What is an impeachment that does not lead to conviction? It’s an upheaval in the system that interrupts the flow of quotidian Washington politics to absolutely no effect. It is, to quote one of the great American cultural documents, “a futile and stupid gesture.”

But the House Democrats (and their supporters in the media) seem unconsciously guided not by Animal House but rather by a cultural document set in the U.S. Senate, the one featuring a desperate Jimmy Stewart as Jefferson Smith directing his words at Claude Rains’s Sen. Paine: “I guess this is just another lost cause, Mr. Paine. All you people don’t know about lost causes. Mr. Paine does. He said once they were the only causes worth fighting for.” The nobility comes from the fact that the cause is doomed. Except, of course, in the movie called Mr. Smith Goes to Washington, Jefferson Smith turns the tide and wins the day and the corrupt Senator Paine goes into the cloakroom and tries to commit suicide.

Well, this isn’t a movie. Nobody’s going to try and shoot himself in the Capitol out of shame, no matter how many op-eds in the New York Times demand someone do so. Yes, the Democrats will impeach Trump. And…nothing will happen. The polls will not change. The people will not move. And they will avoid watching the January trial.

Now, the impeachment will be nominally for what I agree is awful behavior in relation to Ukraine—but it matters that the behavior ended up having no long-term consequences in terms of the Congressionally mandated dollars whose flow he was interrupting. To hear partisans of impeachment tell it, there is no difference between an effort to suspend aid that gets reversed (for whatever reason, even if the reason is craven fear of precisely this result) and the permanent suspension of the aid. And that just doesn’t pass the smell test, either logically or legally.

Look: We know that’s not why he’s being impeached. He’s being impeached because liberals have wanted him impeached from the moment they realized he was going to be president. I know this to be the case because I had conversations with them about it, over and over again, during the transition and afterward. (The other great desideratum at the time was the invocation of the 25th amendment.) This has been a mothballed straitjacket in search of a hanger for nearly three years now. Trump’s stupid and futile effort with Ukraine gave his enemies the chance to take it out of the mothballs. He’s angry about it, to be sure, but he has no one save himself to blame. If you know the cops are out with the speed gun, you don’t floor it.

And you know what? This will all seem like a dim memory by June. Stupid and futile. And you know what else? I’m guessing history will probably say something very much like what Otter says in Animal House once the Trump presidency is a distant shadow in the American rear-view mirror. 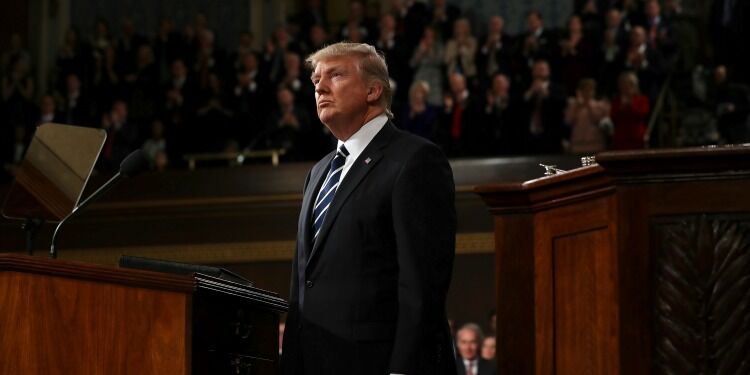