What on earth could Attorney General Loretta Lynch have been thinking when she met privately with former President Bill Clinton on Monday in Phoenix? The two met at the Phoenix airport when she and her husband landed in a government plane on a tour of the nation’s law enforcement agencies.

According to the Washington Post, General Lynch said that “she, her husband and the former president discussed their travels, the former president’s grandchildren and the golf he had played in Arizona.” Presumably in the very near future, Lynch will have to decide on whether or not to pursue a criminal indictment of Mrs. Clinton on a number of charges regarding her private email server, an event that will have explosive political consequences regardless of Lynch’s action on the matter.

This meeting spectacularly fails the test that originated with Justice Oliver Wendell Holmes, who said, “It is not enough for a judge to be above impropriety. He must be above the appearance of impropriety.” You don’t have to be rabidly anti-Clinton or hopelessly paranoid to think that they might have talked about more than golf and grandkids.

Was she naïve? Not likely. No one who has climbed the greasy pole of public service as high as Loretta Lynch is that naïve. Was she just brazen, I-don’t-care-what-the-peasants-think? There’s not much upside to that. She could have talked by telephone, with no one the wiser. There was no need to huddle in a private jet in the middle of a huge airport, a meeting that just looks bad on its face.

Or, just perhaps, was she looking for a means of recusing herself from having to make a decision that, for her, will be a no-win one? I guess we’ll soon see. 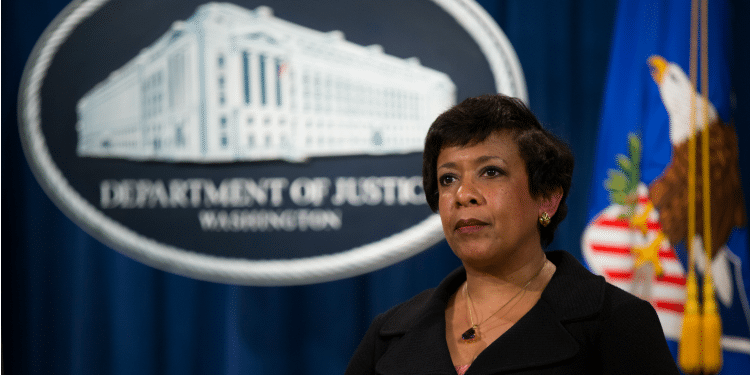 A Stroll Down Memory Lane