A considerable majority of Democrats rank climate change as their chief political concern, and all the candidates seeking the party’s nomination are responding to that. They promise drastic action to reduce carbon dioxide emissions. Many have endorsed the Green New Deal, which, as they surely realize, is a scientific, economic, and political fantasy.

But the Green New Deal and all the candidates but two (Senator Cory Booker and former Vice President Joe Biden), are adamantly opposed to nuclear power, which produces no carbon dioxide emissions at all. Instead, they call for vastly increased solar power and wind turbines to replace not only nuclear power but all natural gas and coal-fired power plants. This, too, is a fantasy and for one simple reason: electricity can’t be stored in large amounts. It has to be generated at the moment it is used. And solar panels and wind turbines can only produce power when the sun is shining and the wind is blowing, which is less than half the time. So backup power plants are required to produce the needed power when solar and wind power can’t produce enough.

Nuclear power is an obvious, cost-effective, carbon-free solution to the problem of meeting power needs without adverse environmental effects. As a bonus, it requires far less land (DeWitt County, Illinois, recently turned down a 67 wind turbine project, each almost 600 feet high, that would have sprawled across 12,000 acres), produces no visual pollution, and does not harm wildlife (turbines kill thousands of birds a year, especially hawks, eagles, and vultures).

So, what have progressives got against nuclear power? As recently as 1972, the Democratic Party platform endorsed nuclear power. But in the spring of 1979, the nuclear power industry received a double-whammy and has never recovered. First, The China Syndrome opened. The movie, about an accident at a nuclear power plant, is, by all accounts, a terrific thriller and scary as hell. Then two weeks later, the worst nuclear accident in American history occurred at Three Mile Island, near Harrisburg, Pennsylvania. The accident resulted in the release of radioactive gases and radioactive iodine into the environment. But the situation was well enough under control that President Jimmy Carter could tour the plant only three days later. Three Mile Island caused no deaths, and there has been no increase in local cancer rates. Much was learned because of this accident, making a repeat unlikely.

Far worse was Chernobyl seven years later in what was then the Soviet Union. A combination of poor design, cheap construction (there was no containment dome) and utterly idiotic action by the  crew on duty resulted in a very large explosion (not a nuclear one, however, as nuclear power plants cannot turn into nuclear bombs) that wrecked the reactor and released large amounts of radioactive material into the atmosphere. The number of deaths from the explosion itself and radiation poisoning was well above 100 just in the first few weeks, and cancer rates in the area were elevated.

The accident at Fukushima, Japan, in 2011, resulted, again, from poor design. While the reactors shut down automatically after the earthquake, the emergency generators, to keep the cooling system operating during the shut-down, were located in the basement and were knocked out by the ensuing tsunami. But that accident, too, caused no deaths.

In the 65 years that nuclear power plants have been operating in the United States, there have been no deaths and no increased cancer rates. Nuclear power is safe, just as vaccines are safe. But many progressives, it seems, prefer to get their information from cocktail party chatter instead of from the scientific literature. If they want to really reduce carbon emissions, they are going to have to go with nuclear power. After all, driving an electric car may be a great way to virtue signal, but 75 percent of the time, electric cars are powered by the natural gas or coal that produces the electricity. Electric cars should be nuclear powered instead. 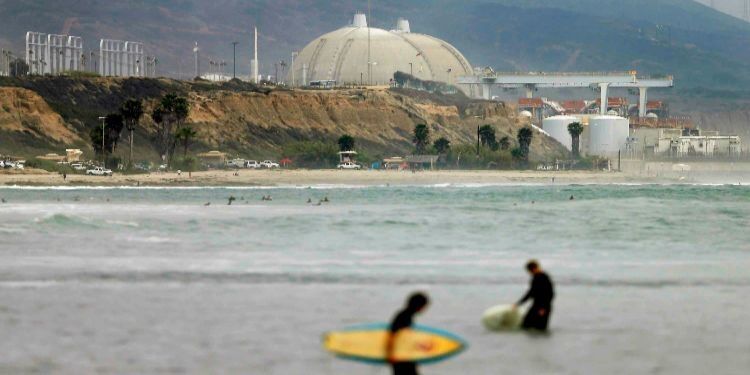