The late Senator Russell Long of Louisiana described the art of taxation as, “Don’t tax you and don’t tax me. Tax that man behind the tree.” This explains why Democrats are always demanding that the rich “pay their fair share,” without, of course, defining what percentage of income constitutes a “fair share.” The overwhelming majority of Americans regard themselves as middle class, not rich. But many might well be regarded as rich. Fidelity Investments recently reported that more than 200,000 401(k) accounts are worth over $1 million.

But taxing income, the Wall Street Journal reported yesterday, isn’t enough, and a few Democrats are honest about that. The honest ones have settled on an old idea: tax wealth, not just income.

That proposal has a few problems. For one, it is flatly unconstitutional. Article I, Section 8 of the Constitution gives Congress the “Power To lay and collect Taxes, Duties, Imposts and Excises,” provided they are uniform throughout the union. But Article I, Section 9, says that “No Capitation, or other direct, Tax shall be laid, unless in Proportion to the Census or Enumeration herein before directed to be taken.”

In other words, since Mississippi has 2.9 million citizens and New York has 19.5 million, the federal government could collect only 6.72 times as much wealth tax in New York as in Mississippi. New York, of course, is not only a much richer state per capita than Mississippi, it also has a far higher concentration of super-rich residents.

A capitation tax is a tax on persons (from the Latin “caput,” meaning “head”), whether that tax is a flat tax per person or one graduated according to assets or some other criterion. The meaning of a direct tax is more obscure. Indeed, in the Constitutional Convention, Rufus King of Massachusetts asked what the definition of a direct tax was. He was met by silence.

When Congress passed an income tax in 1894, it was immediately challenged in court and in 1895 the Supreme Court ruled, in a 5-4 decision, that an income tax was a direct tax and, thus, forbidden. That problem was solved by the 16th Amendment, which permitted a tax on income “from whatever source derived.”

But the 16th Amendment did not repeal the prohibition on direct and capitation taxes unless apportioned among the states by population. So, a wealth tax would require an amendment, which would need to muster two-thirds majorities in both the House and Senate and be ratified by three-quarters of the states. Good luck with that.

And a wealth tax would be a nightmare to collect. It’s easy to calculate the value of regularly traded assets, such as stocks and bonds of publicly traded companies. Real property is harder, in part, because it is more or less subjective (there are armies of tax assessors doing just that in every state). But what about privately held companies, such as Koch Industries and Cargill, to give just two giant examples? It could only be guessed what their market value would be. The same is true of the hundreds of thousands of sub-chapter S corporations and LLC’s owned by more moderately wealthy families.

And what’s the present value of that lovely little Renoir in the living room Great Grandpa bought in 1931 for $4,500?

And it is as certain as the sun rising in the east that highly paid lawyers, accountants, and lobbyists would begin to game the system even before it was written. Quiet and obscure provisions that would shield vast amounts of wealth from the grasping hands of the taxman would be inserted into the bill. The current income tax law, after all, is a tissue of such provisions, many of them tailored to be of benefit to just one or a few individuals. As long as politicians need big campaign contributions, it is a safe bet that a wealth tax law would be no different.

The supposed reason for a wealth tax is to reduce “inequality” between the rich and the less rich, which has supposedly soared to such great and dangerous heights. No end of tendentious statistics have been produced to demonstrate the rapidly increasing inequality.

But that inequality is entirely the result of the digital revolution that has not only made almost everyone’s life better (used a smartphone lately, read a book on Kindle, checked Carfax before buying a used car?). And the benefits society accrues from digital innovation has made for many wealthy entrepreneurs and investors. Seven of the ten biggest fortunes on the Forbes 400 came from the digital revolution. And it is not just the Forbes 400. When Twitter went public in 2013, 6,300 people became millionaires overnight.

The creation of vast new fortunes is an artifact of every major new technology since the Industrial Revolution, railroads and automobiles, for instance. A wealth tax would, inevitably, discourage innovation. Why on Earth would we want to do that? 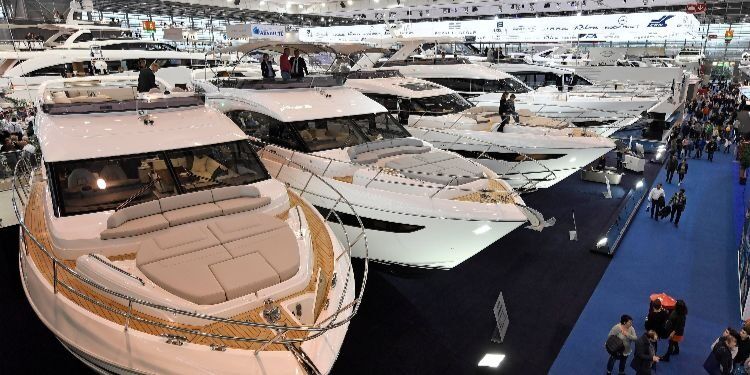