Back in November, I wrote about an overwhelming vote – 1040 to 136 — in favor of BDS at the American Anthropological Association. Although the BDS resolution had to go to the full membership for endorsement, I did not think the result was in question. Even if the attendees at the meeting were not exactly representative of the association as a whole, more than 88 percent — 88 percent! — voted for it. Moreover, anthropology is, as I noted then, “among the most politically lopsided fields in a politically lopsided academic world.” Thus, although Anthropologists for Dialogue on Israel and Palestine were putting up a hell of a fight, I rated their chances of winning at barely north of zero.

Either I was wrong, or the resolution’s opponents defied very long odds. The resolution lost 2423 to 2384, with approximately half of AAA’s eligible members voting.

The closeness of the vote notwithstanding, this result is a disaster for the academic BDS movement. Boycott activists have been working for more than three years to pass this resolution and were evidently well-prepared for the November conference at which the resolution was initially adopted.  According to the distinguished University of Chicago anthropologist Richard Shweder, “the meeting felt like a political rally with placards and pro-boycott operatives everywhere, perhaps even among the leadership of the association.”

As for opponents of the resolution, what Shweder reported is worth quoting at length:

“What I had not anticipated was the bullying that went on during the debate over an alternative resolution offered by some opponents of the boycott. Dissidents who were lined up and waiting to voice their views were suddenly denied access to the microphone by the president of the association and effectively silenced. Shortly before they were cut off one young scholar did manage this memorable (and chilling) remark: She anxiously prefaced her arguments by saying that she was well-aware that in speaking against the boycott she would probably never get a job in an anthropology department. I wondered whether I could honestly tell her she was wrong.”

Perhaps such tactics should have tipped me off to the possibility that there was less support for the boycott than there seemed to be. On the other hand, BDS supporters used similar tactics when the American Studies Association was considering a boycott resolution, and it nonetheless won a full membership vote by a comfortable margin. Even where victory is assured, boycott activists seem to take pleasure in shutting down people who disagree with them.

This time, the bullies lost. 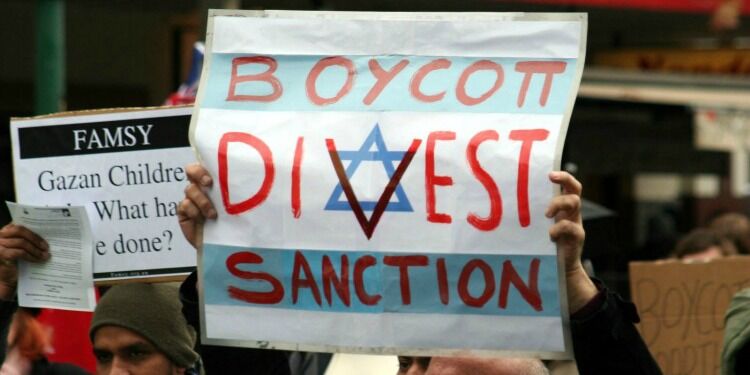