Here we go again. Members of the student government at New York University will soon put forward a resolution (thanks to the AMCHA Initiative for posting it) demanding that NYU divest from companies that allegedly benefit from Israel’s activities in the West Bank and Gaza.

One novelty, though, is that the names of 34 NYU professors are attached to this draft resolution. They list their titles, too, as if their expertise in Renaissance drama or Marxist political theory gives their opinion about Israel great heft.

Did these professors notice their resolution explicitly supports the Boycott, Divestment, and Sanctions (BDS) movement, including its demand to end “Israel’s occupation and colonization of all Arab lands?” That formulation, “all Arab lands,” enables BDS to take in parties that consider only the West Bank and East Jerusalem to be occupied territory, and therefore wish to drive Israel out of those areas, as well as parties that consider the whole of Israel to be occupied “Arab lands.”

Did they read the resolution and notice that it makes childish appeals to authority that would not pass muster in a first-year seminar? Do they really think we should take seriously the slander that Israel is not only an apartheid regime but also, bless their hearts, “the worst apartheid regime” merely because the slanderer is a grandson of Mandela?

Did they notice that the resolution considers the hyper-partisan Electronic Intifada a legitimate source? Yet the resolution’s editorial standards are even lower than EI’s. The resolution claims that the IDF killed Muhammad al-Faqih “because he refused to leave his home that was set for demolition.” EI concedes that al-Fahiq was a suspect in the murder of a rabbi and that the IDF claims that he shot first. The Times of Israel headline for the event in question is “Hamas terrorist who killed rabbi dies in West Bank firefight with IDF.”

I don’t know what happened, but unless the scholars and teachers who back the resolution are international crime scene investigators, it’s safe to assume that they simply accepted a claim sourced to the Electronic Intifada. This, too, would not suffice for scholarship in a freshman seminar.

Are they aware that the BDS movement dehumanizes Israelis and Zionists? Have they read about one of the movement’s most feted supporters, who depicts Israelis as demonic organ harvesters who exploit and experiment on Palestinians, when they don’t murder them outright? I do not doubt10 that the scholars and teachers who support the resolution see a nexus between Trumpist conspiracy theorizing and violence against Jews. But in response to BDS’s attempt to paint the only Jewish state as a supernaturally evil state, our scholars and teachers say, “sign me up!”

Apart from more explicitly embracing violence—it once made much of being a nonviolent movement—BDS hasn’t changed a bit since it launched in 2005. But to see it at making its move at NYU, a school with a Jewish population of 13 percent, is disgusting. I’m always prepared to give some leeway to students, who have much to learn. But shame, shame on their teachers. 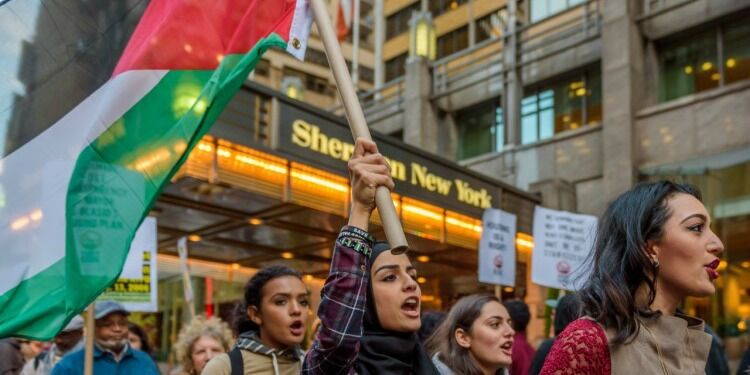