Earlier this month, Jasbir Puar, a supporter of the BDS movement, came to Vassar College and repeated the unsubstantiated and implausible allegation that Israel has been holding onto Palestinian bodies in order to harvest their organs. Having thereby transformed Israelis into monsters, with the help of a barely modified anti-Semitic trope, Puar argued in favor of armed resistance, in a context in which armed resistance has meant targeting and killing civilians. Since, as far as I know, the Palestinians who are stabbing and shooting Israelis are not asking for their citizenship papers, or targeting Arab Israelis, it isn’t a stretch to say that Puar’s argument, however befogged by jargon it may have been, provided a justification for killing anyone in Israel found wearing a kippah or otherwise recognizably Jewish.

Fortunately, at least one member of the Jewish left has got this. Mira Sucharov, a professor of political science and a member of Open Hillel’s Academic Council reacted swiftly and decisively to this incident… by denying that Puar’s remarks were anti-Semitic. In other words, Sucharov thought the most important thing she could add to the discussion of Puar’s lecture, which, to repeat, dehumanized Israeli Jews and supported violence against them, was to quibble with Puar’s critics. Open Hillel, which I have written about here, insists that criticism of Israel has been stifled. Puar, for example, has had to flee to institutions like Harvard, Cornell, Yale and Berkeley to get her otherwise completely suppressed message out.

Sucharov, it should be noted, began with the presupposition that Puar had not actually said what she said about organ harvesting. In other words, she began deeply skeptical of the proposition that Puar, though deeply engaged in a movement that has at times been overtly anti-Semitic, and that has in any case not been at all shy about comparing Israelis to Nazis, could have been spreading the rumor that Israelis are organ harvesters.

Once presented with a transcript of the talk, Sucharov was prepared to make certain concessions. Yes, Puar did say that Israel deliberately pursues policies “the outcome [of which] is not so much about winning or losing nor a solution but about needing body parts, not even whole bodies, for research and experimentation” (a claim she had already made in her published work). Yes, Puar had retailed the rumor that Palestinian bodies were being held back from their families so that they could be “mined for organs for scientific research.” Yes, these charges cut “close to the bone of blood libel myths.” Yes, Sucharov even goes so far as to call Puar’s performance “irresponsible.” But, by heaven, that’s not anti-Semitism, which is why her piece is entitled “Crying Wolf on Campus anti-Semitism.”

Sucharov doesn’t say what standard a comment has to meet to count as anti-Semitic. To my mind, turning the Jewish state into a supernaturally ghoulish entity bent on maiming Palestinians and collecting their body parts counts. If that doesn’t, what does? It seems as if Sucharov wants to say that there is a difference between accusing the state of Israel of a crime and accusing Jews of a crime, and there certainly is. But that doesn’t give Puar or anyone else license to depict Israel as a monster out of an anti-Semitic storybook.

But I don’t want to quibble with Sucharov over the definition of anti-Semitism. Rather I’d like to quibble with her over her failure to question the judgment of Jewish Studies professors like Joshua Schreier, whose program co-sponsored Puar’s lecture, even though her published work is perfectly consistent with that lecture’s most disturbing assertions.  Schreier and other Jewish studies professors were present at the talk and left these assertions unchallenged.  Schreier is quoted to the effect that it is important “to protect free speech and protect academic speech,” as if those who have merely quoted Puar’s own words in their proper context are smearing her and as if criticizing Puar and her sponsors is tantamount to arresting them. Schreier had this answer for a Vassar alum who questioned him about Puar’s assertions after the lecture: “You prove to me that anything she said wasn’t true.”

Let me make sure I have this straight. In order to question baseless allegations, you have to be able to disprove them conclusively. And when you criticize a speaker who uses such baseless allegations to dehumanize Israeli Jews, before she calls for organized and armed resistance, that is called “crying wolf.”

These rules are new to me, but I suppose that’s how they roll on Open Hillel’s Academic Council. 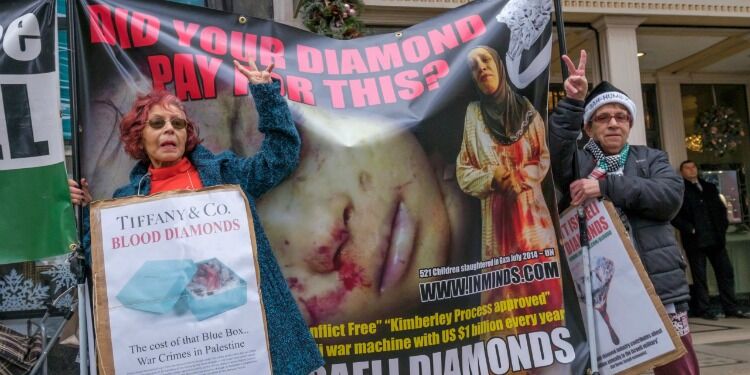