Last Saturday, President Donald Trump claimed that the U.S. had selected “52 Iranian sites” as targets in the event of Iran striking Americans or American assets. That number, 52, is symbolic as it represents the number of U.S. hostages Iran took captive in 1979. Some of the sites, he warned, are important to “the Iranian culture.” The President backed off soon enough, but not before his suggestion that the U.S. might blow up cultural treasures provoked a stream of outraged comments.

Among the less outraged of those was a Facebook post by Asheen Phansey, an adjunct professor and an administrator at Babson College in Massachusetts. On his Facebook page, Phansey made a dumb, snobbish, joke less about bombs than American culture: “In retaliation, Ayatollah Khomeini [sic.] should tweet a list of 52 sites of beloved American cultural heritage that he would bomb. Um . . . Mall of America? . . . Kardashian residence?”

Only malice or foolishness could make of this attempt at humor a call to bomb the Mall of America, the Kardashian residence, or any American site. But there is no shortage of malicious or foolish people.

As Hank Reichman, an emeritus professor of history and an authority on academic freedom explains, Phansey’s post got noticed by Turtleboy Sports, a site that, among other things, regularly assails “social justice warriors.” “Uncle Turtleboy” asserted that Phansey was begging “a religious lunatic who oppresses women and gay people to blow up American cultural sites.” But then, that’s “par for the course for your run of the mill college professor in 2020.” Moreover, the post concluded, Phansey once owned a Prius!

In a subsequent post, our intrepid blogger claims that Phansey’s “page was private, so we only were able to get those screenshots via a mole.” But soon enough, Phansey’s comment was circulating on social media and got picked up by the Boston Herald. Phansey subsequently apologized for his “bad attempt at humor: “As an American, born and raised, I was trying to juxtapose our ‘cultural sites’ with ancient Iranian churches and mosques,” he wrote. “I am completely opposed to violence and would never advocate it by anyone.”

But that didn’t save his job. By Thursday, Babson College had fired him from his administrative and teaching positions. The post, said the College, “does not represent the values and culture of the College.” Babson condemns “any type of threatening words and/or actions condoning violence and/or hate.”

The Foundation for Individual Rights in Education (FIRE), a nonpartisan organization often mislabeled as conservative because its care for freedom of speech, assembly, and religion extends to conservative students and professors, has taken up Phansey’s cause. Adam Steinbaugh, the director of FIRE’s Individual Rights Defense Program, writes that Phansey’s post was “quite obviously a criticism—not endorsement—of threats of violence, mixed with snark about American culture.”

Even if Phansey had been serious, there is no world in which his comment constituted a “true threat” or “incitement,” categories of speech that can be restricted under the First Amendment. It’s true that Babson College is a private institution, unbound by the First Amendment. And the academic protections Babson claims to stand by extends less to administrators than to faculty. But the idea that Phansey could be bounced from his job over a mild joke on a private page should worry even those who don’t care for the joke or the politics implied in it.

Babson College seems to have given in to a social media storm, and presumably to complaints they received as a result. Such a storm can target anyone. Conservatives and liberals alike have something to fear from timid administrators who are willing to tarnish the professional reputations of professors just to avoid some bad publicity.

Phansey’s ordeal is reminiscent of the 2018 case of James Livingston, a professor of history at Rutgers who, in an “expletive-laced” Facebook rant about gentrification at the restaurant Harlem Shake, made the mistake of saying, “Ok, officially I now hate white people.” Livingston himself is white, but the Office of Employment Equity at Rutgers determined that he had “violated the university’s discrimination and harassment policy” and that a “reasonable student may have concerns that he or she would be stigmatized in his classes because of his or her race.”

Rutgers soon reversed the finding. But it was pressed into making the initial complaints by negative media coverage in outlets like The Daily Caller and Fox News. There is nothing wrong with covering Livingston’s tantrum. But there is a lot wrong with university officials caving to mobs, whether those mobs chase the left or the right.

Rutgers, in the end, did the right thing. Babson College should, too. 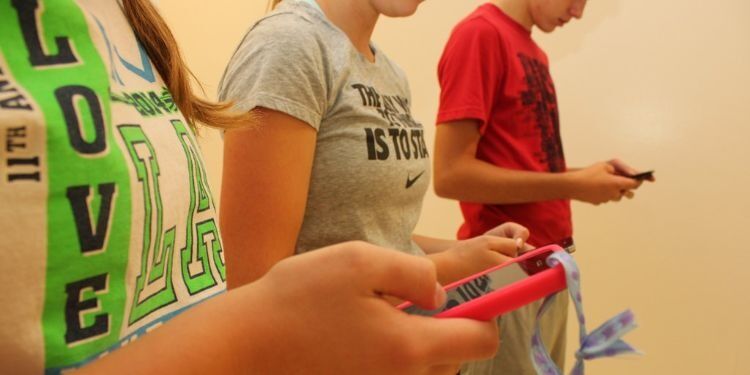