It bears repeating. Jasbir Puar, a professor of gender studies at Rutgers University, visited Vassar College to explain the Jewish state’s policy of deliberate maiming, especially of children, not with a view toward “winning or losing” or “a solution” but with a view to acquiring  “body parts… for research and experimentation.” In this modernized blood libel, the vampiric Jewish state particularly craves the blood of children to serve its inhuman purposes.  Several departments and programs, including Jewish Studies, sponsored Puar’s talk, and several professors attended. Yet, in a lengthy question and answer session Puar was not challenged, unless you count the questioner who worried that her focus on human beings had caused her to neglect Israel’s crimes against trees.

Mark Yudof, former president of the University of California, and Kenneth Waltzer, professor emeritus of history at Michigan State University, responded sensibly to all this in a Wall Street Journal op-ed (behind a pay wall). They noted, correctly, that Puar’s talk was part of a history of anti-Israel activity at Vassar that has occasionally crossed the line into overt anti-Semitism. They added that the Puar lecture was a new low and that faculty members and President Catharine Bond Hill ought to “confront [the] wave of anti-Semitism with… free speech and rigorous academic inquiry.” They didn’t say Puar should have been barred from speaking, though their argument implies that sponsoring her talk was breathtakingly poor judgment. They merely called on members of Vassar’s faculty and administration to challenge Puar’s claims.

This was too much for Jason Stanley, the Jacob Urowsky Professor of Philosophy at Yale University. It has been a while since I earned my B.A. in philosophy, but I’ll try to keep up with his argument.

Puar, Stanley begins, is a well-known scholar who has written a book “that has been cited over 1700 times.” How dare, we are to ask ourselves, Yudof and Waltzer, question someone who has been cited so many times? Suitably chagrined, we move on to Stanley’s observation that Yudof and Waltzer “[attribute] to Puar the claim that Israel allows Palestinians only the bare minimum needed to survive, and that Israel mines the organs of dead Palestinians for scientific research.” Note Stanley’s philosophical caution. One can’t be confident that Puar said these things. Unless, that is, one were to review the transcript that others obtained weeks ago from the alumni group that recorded the lecture.

Next Stanley attempts to paint Waltzer and Yudof, both liberals, as right-wingers: “According to Yudof and Waltzer, it is not the policies of Israel that explain its lack of support on campus, but leftist ideology, which it urges those in positions of authority to condemn.” In fact, Waltzer, for better or for worse is one of a group of “progressive academics” on record opposing “policies that promote the occupation and demean Palestinians.” Moreover, Waltzer and Yudof nowhere in their brief op-ed make the argument that Stanley describes. I know the op-ed is behind a pay wall, but if you’re going to write about it, you should be familiar with its contents.  Memo to Yale: Stanley needs a Wall Street Journal subscription.

Next, Stanley claims that Yudof and Waltzer are enemies of free speech because they say that “hatred of Israel and Jews should not implicitly be characterized as merely another perspective to be debated.” I am no constitutional scholar, But is it really so hard to concede, as the Supreme Court did, that the Westboro Baptist Church has the right to plant itself near military funerals and declare “Thank God for dead soldiers,” and think, at the same time, that responsible people ought to condemn their view that young soldiers deserve to die because America tolerates homosexuality? It has been many years since I studied formal logic, but I think we can think both that people have a right to say vile things and that people have a duty to identify and criticize vile statements.

Stanley concludes his argument by blaming Waltzer and Yudof for violent threats Puar has reportedly received. Stanley thinks they committed a rhetorical excess when they said, quite correctly in my view, that Puar had merely updated the medieval blood libel against Jews. Those who make vile accusations do not deserve to be threatened with violence, but those who merely take note of and condemn those vile accusations can hardly be blamed for the threats.

Underlying Stanley’s argument is the judgment that Puar was merely “critiquing Israeli policy toward Palestinians” when she portrayed the Jewish state as a collector of the body parts of children. For Stanley, evidently such a portrayal is not even a rhetorical excess, much less something vile.

But in fairness to Stanley, ethics is not his field. 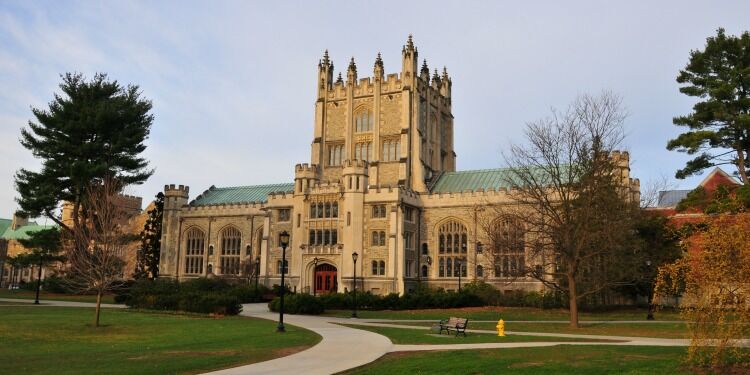