That wasn’t a marketing gimmick to increase enrollments. When asked to affirm that Zionists were welcome on campus in 2017, Wong replied, “that’s one of those categorical statements I can’t get close to . . . Am I comfortable opening up the gates to everyone? Gosh, of course not.” He needed to walk that back.

He had been asked to affirm that Zionists are welcome on campus only because they had been made to feel unwelcome. In 2016, a protest led by the General Union of Palestinian Students (GUPS) shut down a presentation by Nir Barkat, then the mayor of Jerusalem. The protesters chanted among other things, “Get the f*** off our campus,” “We don’t want you on our campus!” and “Long live the intifada! Intifada, intifada!” An internal investigation accepted the protesters’ claims that the chants were directed at Barkat alone. Students from Hillel, the campus organization for Jewish students, didn’t see it that way.

Certainly, the response to Wong’s declaration that Zionists are welcome on campus backs up the Hillel students. Rabab Abdulhadi, a professor of ethnic studies, called it a “declaration of war against Arabs, Muslims, Palestinians and all those who are committed to and indivisible sense of social justice on and off campus.” Outside the student center, someone wrote in chalk, “Zionists not welcome” and “Zionism = racism.” GUPS concurred.

It is in this context that those who care about Jewish life on campus can celebrate a legal settlement between two Jewish students–Charles Volk and Liam Kern–and the California State University system, of which SFSU is part. SFSU will state that “it understands that, for many Jews, Zionism is an important part of their identity.”

The ground for the suit was that Hillel was excluded from an information fair, after Donald Trump’s election catering to “vulnerable populations who may be feeling targeted in the new political climate.” The organizers of the fair pretended that they were simply out of space, but it soon came to be known that they had deliberately excluded Hillel because of its supposed suppression of Palestinian rights. A university investigation concluded that this exclusion was wholly improper, an “unacceptable breach of the University’s values, policies, and standards for inclusion.”

While SFSU has sought to place the blame on a “self-organized and self-appointed planning committee,” the suit asserts that “administrators” and “faculty members” were aware of and even assisted in the exclusion. Professor Abdulhadi has helpfully explained the thinking behind the exclusion: “[O]rganizers refused to allow a member of a privileged white group whose members feel entitled to be represented everywhere and anywhere.”

So, there you have it.

According to the terms of the agreement, SFSU must, among other things, hire “a Coordinator of Jewish Student Life within the Division of Equity & Community Inclusion” and an “independent, external consultant to assess SFSU’s procedures for enforcement of applicable CSU system-wide antidiscrimination policies.” It must “[assign] for a period of 24 months [certain] complaints of religious discrimination” an independent, outside investigator.” In sum, the school must take steps to address longstanding complaints about discrimination against Jews on SFSU’s campus.

I haven’t written often about the Lawfare Project, which seeks to protect the rights of Jewish and pro-Israel communities through the legal system because it’s rare that the higher education issues I deal with are best addressed in the courts. But campuses do have to be held responsible for applying their much-ballyhooed anti-discrimination efforts to all groups that face discrimination. 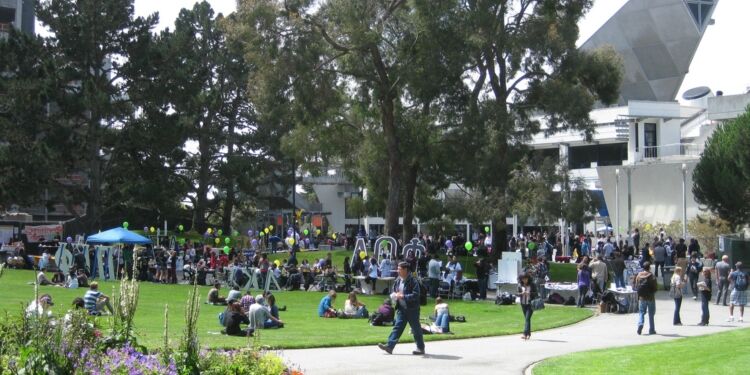