In the latest BDS dust-up, the sneaker company Reebok has distanced itself from a sneaker commemorating Israel’s Independence Day. Although the story appears to be the result of a mix-up, Reebok’s reaction is nonetheless deplorable.

The blue and white shoe, meant to evoke Israel’s flag, was to have “Israel 68” on the heel, marking 68 years of Israel’s independence. The shoe was not designed or meant to be sold by Reebok. Rather an individual, not employed by Reebok, designed it, using the “design your own” feature of Reebok’s website, with the intention of auctioning one pair off as a collector’s item. But Reebok Israel promoted the design and announced plans to auction the shoes on its own Facebook page, as a one-time, Independence Day release.

This announcement, predictably, generated outraged releases from the usual suspects. “Reebok Tramples on Palestinians,” one read.

So Reebok made a run for it. They said, truly enough, that Reebok International had nothing to do with the shoe. But a representative added, according to the Jerusalem Post, that Reebok “does not allow its sportswear to be politicized and refrains from distributing shoes tied to national emblems or countries.”

But first, the latter claim is simply and demonstrably false. Reebok collaborated with a German sneaker boutique to distribute a shoe, “featuring some German military inspiration,” with a German flag patch on its tongue. And Reebok hardly refrains from using other national emblems that some people find offensive.

But second, and more importantly, Reebok accepted the premise that shoes celebrating the independence of Israel were, by virtue of that fact “politicized.” We are used to supporters of BDS forgetting to pretend that they are merely against Israel’s presence in the West Bank, and making it clear that they are simply against Israel. We are not used to international companies agreeing that the mere act of celebrating Israel’s independence is “politicized.”

I happen to be in the market for a new pair of sneakers. Perhaps I’ll buy a pair of New Balance sneakers. New Balance, in spite of years of BDS pressure, has maintained its relationship to the Jerusalem Marathon and produced its official shoe this year. Perhaps Reebok’s craven executives will consider following New Balance’s example. 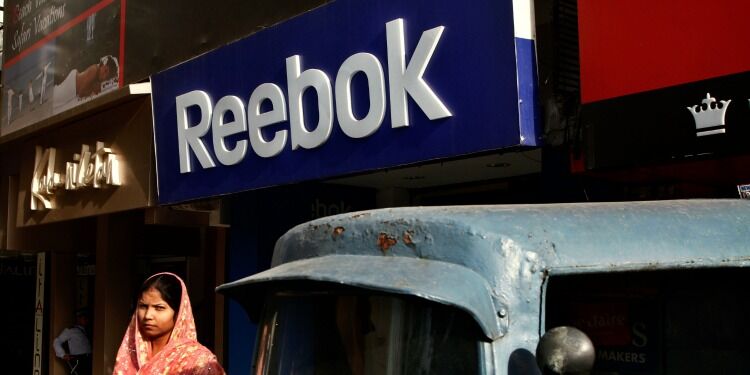