Boris Johnson, the flamboyant Mayor of London, came under fire for comments made during his trade mission to Israel this week, in which he referred to supporters of a boycott of Israel as “corduroy-jacketed, snaggle-toothed, lefty academics.” In comments to an Israeli reporter, he elaborated:

**“I cannot think of anything more foolish than to say that you want to have any kind of divestment or sanctions or whatever or boycott against a country that, when all is said and done, is the only democracy in the region, is the only place that has, in my view, a pluralist, open society – you know, why boycott Israel? And by the way, I think there’s some misunderstanding of it over here about it, but the supporters of this so-called boycott are really just a bunch of, you know, corduroy-jacketed academics from, you know, lefty – not that there’s anything wrong with wearing corduroy jackets, I hasten to say! – but they are, by and large, lefty academics who have no real standing in the matter and I think are highly unlikely to be influential on Britain. And this is a very very small minority in our country who are calling for this, so bear that in mind.”

With Arab groups in the West Bank responding to the remarks by pulling out of scheduled meetings with the mayor, social media, and the mainstream media in the UK had a field day attacking Boris (as he’s popularly known). Naturally, the media has long despised Boris (see, for example, this helpful BBC list of his “media scrapes”), not least because of his political success. And the media also knows that leading Tories have their eyes on the post-David Cameron era and are jostling for position. Hence talking heads in the media relished the opportunity to bloviate about how Boris went to Israel ostensibly to promote Brand London but really to promote Brand Boris by building some foreign policy credentials but ended up tarnishing both brands as the undiplomatic diplomat.

But this is about more than just Boris. As much as the media dislikes him, it despises Israel too, and the notion that Boycott, Divestment and Sanctions (BDS) against the Jewish State could be so cavalierly dismissed by Boris – after the mayor associated it with precisely the leftist corduroy academics whom so many in the mainstream British media doubtless consider friends – was a repudiation of its sympathies that the media could not easily ignore.

Fortunately, not all of the media is so blinkered. A praiseworthy editorial in the Daily Telegraph today attacked the boycott, especially its leftist British supporters, and defended the mayor and Israel, urging the government to be still more vocal on the matter. This sort of support is especially welcome at a time of Arab violence against Jews and the implementation, yesterday, of European Union proposals to label West Bank goods, a first step to boycott, as a critical letter from a bipartisan group of senators to the EU noted.

Indeed, Boris’ comments are just the latest salvo in a war of words, signatures, advertisements and letters about BDS over the past month in the UK. A letter to The Guardian by JK Rowling, Niall Ferguson, Simon Schama, Hilary Mantel, and other eminent literati opposing a cultural boycott of Israel was followed by an advertisement in that same newspaper by 350 largely unknown academics calling for an academic boycott. Jewish Human Rights Watch, an anti-BDS group of which I am a director, responded to that advertisement with its own, again in the same newspaper, drawing parallels between the proposed academic boycott of the Jewish State and academic boycotts of Jews in 1930s’ Europe.

These efforts to counter the boycott were bolstered by another positive aspect of Boris’ remarks that all the commentary has missed, which is their apologetic tone: a leading British politician visiting Israel is embarrassed at support for boycotts of Israel by some of his compatriots. This is one of the most heartening developments: the British government wants to do business with Israel, and it finds those of its citizens who stand in its way to be a shameful hindrance.

That being UK government policy, it brings us finally to the politics. While the Labor Party under Jeremy Corbyn (who, as part of the lefty set Boris was mocking, is quite partial to the corduroy jacket) is still hostage to the radical and anti-Israel fringe that elected him its leader, the Tory Party is moving in an ever more pro-Israel direction. Boris’ comments, coming from someone who is likely positioning himself for a leadership bid, are a reassuring reminder of that Conservative trend, and an indication it won’t be arrested anytime soon. 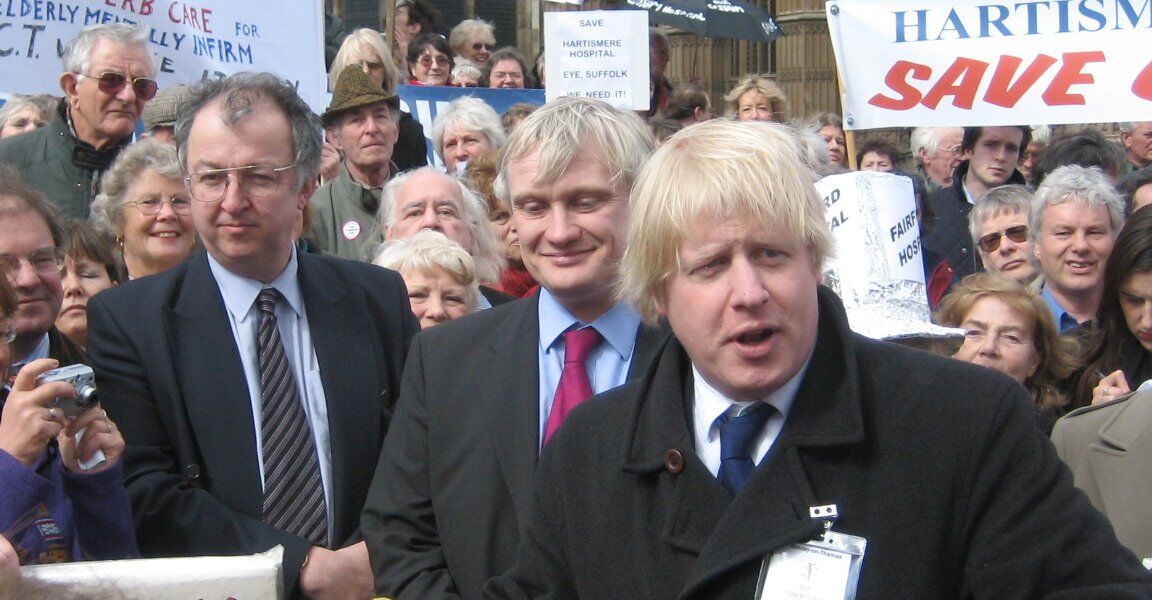 Jonathan Neumann is a graduate of Cambridge University and the London School of Economics. He has written for various American, British, and Israeli publications, was the Tikvah Fellow at Commentary Magazine, and has served as Assistant Editor at Jewish Ideas Daily.