As the Republican National Convention concludes tonight, we will get one more eloquent testimonial from one of Donald Trump’s children when his daughter Ivanka introduces the nominee before he gives his much-anticipated acceptance speech. Just as his children Tiffany, Donald Jr., and Eric have done before, Ivanka will tell us about the Trump she knows and it will, of course, be the sort of thing that is designed to make even those who are skeptical of the billionaire rethink their preconceptions about the Republicans’ candidate.

Having his children front and center at the convention is the smartest thing Trump has done in months. They are clearly an impressive bunch, as attractive as they are smart and remarkably well-adjusted considering their privileged background. His campaign would do well to have them spend as much time spinning for their father on television shows in the coming weeks and months since they appear to be much better at it than the cast of shills that are usually trotted out to explain his contradictory stands and misbehavior.

Looking at them Americans are doubtlessly thinking that any man who played even a marginal role in their upbringing (we know the lion’s share of the credit clearly belongs to his first two wives) can’t be all bad. Moreover, listening to Donald Jr., it’s clear that, unlike his father, he’s a real conservative and that gives Republicans hope that Trump Sr. will listen to him or at least be influenced by his namesake. Others, notably radio talker Hugh Hewitt, have said that Ivanka would guide her father like some Svengali and take some reassurance from that, though, despite her obvious talent and competence, she has no public record on the issues by which to assess her judgment.

But the problem with the testimonials we’re hearing about Trump is not that his children aren’t an asset or credible. It’s that unlike other candidates, they are not filling in the blanks in a public image that centers solely on a political career. The Trumps are doing something different. They are striving to contradict an enormous body of knowledge about Trump’s life that is already on the public record.

The personal lives of most other politicians who look to their family members to humanize them really are a blank slate as far as the public is concerned. For example, most Americans didn’t know much about Mitt Romney’s marriage and family, let alone his impressive record as a man of faith, until he became the Republican nominee. Even then, we never heard enough of it to balance out the deluge of negative ads from the Democrats that smeared him as a heartless plutocrat. But we already know far more about Donald Trump’s personal life than even that of President Obama after eight years in the White House, let alone a mere nominee like Romney.

Trump has more or less lived for the past 30 years on the New York Post’s Page Six gossip column and made frequent appearances on “The Howard Stern Show” among others. His marriages, affairs, divorces, and family life played out in full view of the public with all the messy details examined under a media microscope that he actually encouraged in his relentless quest for publicity, be it good or bad. His business dealings, relentlessly promoted by the Trump public relations machine and criticized by the many parties who believe they were ill-used or cheated by him, are also well known.

So what Trump is asking his children to do is not so much to give us a fresh view of the personal side of a public man that was never previously revealed as it is a concerted rebuttal to innumerable previous published accounts that are, to put it mildly, not as laudatory. Moreover, the Trump children must also be understood as stakeholders in what is, in effect, a family corporation as well as a common political cause.

Voters can pick whatever narrative they like: the monster of the tabloids or the sanitized “Father Knows Best” produced by his children. As any man’s life has more gray in it than black and white, we do well to understand that the truth can be complex and that there is both good and bad to Trump, just like the rest of us.

But as we see the rough edges sanded off of Trump’s image this week, we should remember that even as we give him credit for having good kids, theirs is but one side to an ongoing and complex debate about a life about which there are other compelling testimonies. If they manage to succeed in convincing a majority of Americans to rethink the largely unwholesome public image the candidate has cultivated for decades, it will be quite an achievement. 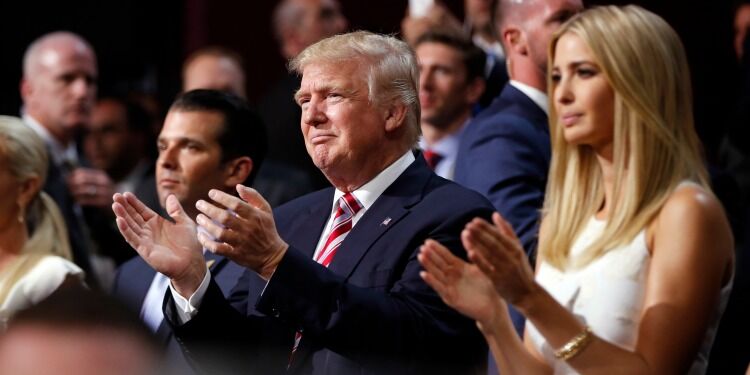