On Friday as much of the world celebrate the first day of 2016, Israelis reeled from a horrifying shooting on a busy Tel Aviv street in which two people were killed by an Israeli Arab gunman who later also murdered the driver of the cab that he had used to make his escape. The incident led to two entirely predictable results: the rest of the world barely noticed the crime and Prime Minister Benjamin Netanyahu’s statements about what happened generated severe criticism from his political opponents for “inciting” hatred against Arabs. While some of the brickbats tossed at Netanyahu are not without merit, his speech at the site of the shooting on Saturday night raised some interesting questions about the ethnic divide within Israel that deserve serious thought rather than airy dismissal.

Though no one should blame all Israeli Arabs for the act of one man, the possibility that the wave of Palestinian violence popularly referred to as the “stabbing intifada” might spread to Arab citizens of the country is one that cannot be ignored. If so, then perhaps Netanyahu wasn’t wrong to say that all Israeli citizens — including the Arab minority — must be loyal to the laws of the state and stand up against incitement to violence against Jews from Islamist sources. As much as Arab citizens of Israel have a right to expect equal treatment under the law from their country, the growing feeling among them that they are “Palestinians” rather than Israelis is one that is bound to lead to inevitable conflict rather than greater justice.

The lack of interest in the Tel Aviv shooting in the international press was hardly surprising. A similar terror incident in a major European or American city would have been a big deal with wall-to-wall coverage on the cable news networks and millions changing their Facebook profile pictures to demonstrate their solidarity with the victims.

But when Arabs shoot Israeli Jews, the world yawns. Terrorism against Israelis is considered normal and nothing worth getting too worked up about even if its source is the same Islamist ideology that drove the Paris and San Bernardino attacks. Moreover, many influenced by the rising tide of anti-Semitism across the globe and misleading Palestinian propaganda about the conflict with Israeli have increasingly come to think Jews deserve to be killed. The double standard by which the world judges terrorism against Israel is evidence of the spread and scope of Jew hatred.

As for Netanyahu’s reaction to the Tel Aviv shooting, it must be admitted that there was something off-putting about him setting up an official lectern at the site and lecturing his nation about incitement. One can’t blame many Israelis for wishing that he had used the occasion to make a unifying statement that sought to calm tensions rather than heighten them. As always seems to be the case, the prime minister has a knack for saying things that inflame passions when a cooler head might have preferred to do the opposite.

Moreover, critics are also right to note that a man who has been in an office for seven years is hardly in a position to react to the problem of lawlessness in the Israeli Arab community as if it was something new. For all of the difficulties of getting anything passed through the Knesset or having policies implemented by the country’s bureaucracy, Netanyahu can’t pretend that he hasn’t had plenty of time to try to address the endemic problems of Arab communities inside Israel that are afflicted by violence as well as substandard government services.

But though the usual gang tackle of Netanyahu’s utterances as Israelis across the political spectrum slammed his speech is understandable, it doesn’t quite answer the questions he raised. That’s because while his judgment may be questioned, the key point he put his finger on can’t be ignored indefinitely. The problem there is not just about funding levels for Arab communities. Rather, it speaks to the basic conundrum of being an Arab minority in an overwhelmingly Jewish state that most of the Arab and Muslim world still wants to see destroyed.

Though Israel’s critics never want to talk about it, Israeli Arabs really do have more rights than most of the counterparts in the rest of the Middle East where Arab or Muslim majorities dominate. It bears pointing out that when former Prime Minister Ehud Olmert was sentenced to prison after being convicted of corruption charges, it was an Israeli Arab judge that handed down the verdict. Israel is represented by Arab diplomats around the world. Its Arab citizens vote and are represented in the Knesset by political parties that are supposed to speak up for their interests.

To acknowledge these facts doesn’t gainsay the endemic problems of poverty and inadequate education and services in the Arab sector. But the greatest threat to that community today isn’t the indifference or even the prejudice of the Jewish majority. Instead, it is the growing embrace of Palestinian nationalism as well as of Islamist ideology by many Israeli Arabs. Netanyahu wasn’t wrong to cite the incitement in mosques, Arab schools and on social media as helping to contribute to violence. But what that points to is a reality in which many Israeli Arabs see themselves as sympathizing with those at war with their country.

There is nothing unusual about a nation state, even democracies, containing significant minority communities. But when a minority views itself as not merely outside of the majority culture, as Arabs inevitably must feel about a Jewish state, but actively sympathizing with those seeking to destroy it, it creates a problem that goes far beyond the usual breast-beating about the need to do more to make the country a more just place for non-Jews.

It is all well and good to criticize Netanyahu for seeming to place the onus for the Tel Aviv shooting on the entire Arab community. But Israeli Arabs also need to acknowledge that their seeming indifference or tacit support for terror directed at Jews is not something that can be blamed on the Likud or its leader. Though we must hope that the majority of Israeli Arabs deplore violence, the transformation of their communities since the Oslo Accords have made Netanyahu’s questions more pertinent.

Prior to the 1993 peace accords, Israeli Arabs didn’t refer to themselves “Palestinians” but instead insisted on being called as well as being treated as “Israelis.” Since the establishment of the Palestinian Authority as the governing body of the West Bank and Gaza (which is now ruled by Hamas), that changed. Though few would wish to be governed by the Fatah kleptocracy that runs the West Bank or the Islamist tyranny of Hamas, the notion of a specifically Israeli Arab identity has been downgraded in favor of a more general Palestinian one. That doesn’t relieve Israel of its obligation to serve all of its citizens equally. But it does exacerbate the issue of divided loyalties that has afflicted Israeli Arabs since the inception of the state. That’s especially true if Israeli Arabs are now thinking about the conflict with the same level of extremism and intolerance that characterizes the views of most Palestinians.

In that sense Netanyahu is right. Israeli Arabs cannot believe themselves as being at war with the country in which they are living and expect this situation to be blithely accepted by their Jewish neighbors or to not damage the society from which they rightly demand equal rights.

We must hope that the New Year’s Day horror in Tel Aviv won’t be repeated but Israel has a right to expect all its citizens will denounce this crime and oppose those who call for its repetition. Israel isn’t perfect but, in its 67+ years of existence, it has proved that a Jewish state can survive while offering its Arab minorities equal rights. But Israeli Arabs must understand that by not standing up against incitement to violence and supporting political parties that call for Israel to be abolished, they are not helping the cause of equality or coexistence. Those who concentrate their fire on Netanyahu while ignoring this growing problem are doing Israel’s Arab citizens no favors. 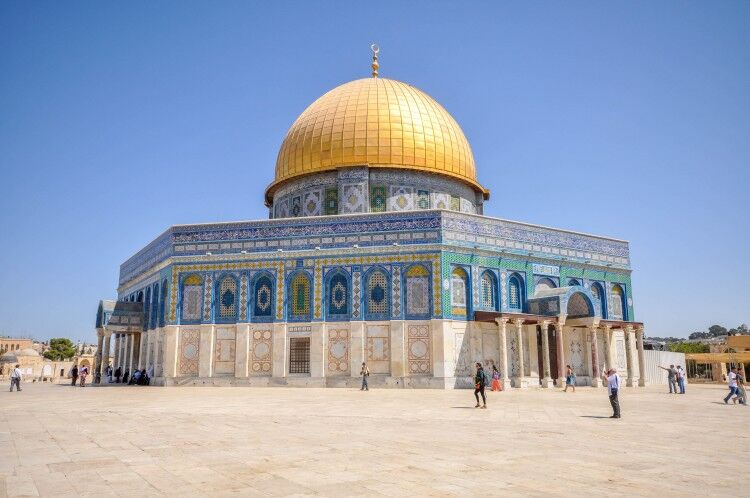