The irony is delicious. Democrats spent the last few months of praising FBI Director James Comey as a man of integrity and defending him against a deluge of attacks from Republicans who were angered by his decision not to prosecute Hillary Clinton despite what he called her “extremely careless” handling of classified information. But Comey’s shocking announcement on Friday that he was re-opening the investigation has made him Public Enemy One as far as Clinton and her supporters are concerned.

For a law enforcement agency to act in such a matter toward an active candidate is a blatant intervention in the presidential election. It is not unprecedented but it is highly problematic. Yet the Democrats’ high dudgeon rings false. After all, Comey’s refusal to act on Clinton’s clear violation of security regulations — when so many lesser officials have been severely punished for carelessness — was also a function of politics. The difference being that his initial decision favored the Democrats while Friday’s move inconveniences them.

Comey’s zigzag course through the maze of the email controversy is perplexing for both sides but the responsible party for this disruption is, as it was all along, Clinton. It was her obsession with secrecy — which critics not unreasonably think is rooted in the desire to obscure the truth about the conflicts of interest between what even their own retainers call “Clinton Inc.” and their foundation and government business — that necessitated the use of an insecure, private e-mail server in the first place and led us all down this tangled path. The former secretary of state is no more an innocent victim of an FBI October Surprise than was Donald Trump when the release of an Access Hollywood tape exposed him as a sexual predator.

That’s the main point we should be taking away from this episode. It’s not just that Americans are faced with a choice between two deeply flawed major party presidential candidates. It’s that their supporters are so blinded by their dislike of the other side that they are largely in denial about their own nominee’s manifest unfitness for high office.

That’s easy to see with Republicans and Trump.

His ignorance about the issues, embrace of simplistic and wrongheaded policies that are at odds with conservative principles are no secret. Nor is his willingness to appeal to the basest instincts of the electorate. The same is true of his bad character — a quality that most Republicans used to think was an important consideration when the person they were judging was Bill Clinton. To his base of supporters, Trump’s flaws are unimportant. It’s not so much that they have made a reasoned judgment about his strengths and weaknesses but that they have simply decided to pretend the latter is a function of liberal media bias or establishment malice rather than the unpleasant truth.

Yet Democrats are just as guilty of doing the same thing with their candidate.

The gang tackle of Comey this weekend is merely the latest example of how Democrats have hypnotized themselves into thinking that the Clintons’ baggage train of scandals involving their foundation and her emails is the creation of that same “vast, right-wing conspiracy” that Hillary’s been complaining about for two decades. While we don’t know exactly what will be found in these new emails, we already know the Clintons believe obeying the rules is for other people and that she endangered national security to feed her desire for secrecy and repeatedly lied about it. So to spin this latest twist in the story as much ado about nothing is disingenuous. The unwritten main plank in the 2016 Democratic platform is a vow to ignore evidence of the Clintons’ corruption. While, as is true on the other side with Republicans and Trump, it is possible to argue that she is the lesser of two evils, what we are hearing instead is a brazen refusal to even consider the possibility that they are saddling the nation with a flawed president who will be weighed down by scandals her entire time in office.

Just as Republicans should have been holding Trump accountable for the October Surprise that seemed to wreck his long shot chances of pulling off an upset, Democrats should be blaming Clinton for what has happened, not the FBI. What the country is contemplating is not only two unfit candidates for president but also two parties that haven’t the courage to face the truth about their nominees. That bodes ill for the republic no matter which of them wins next month. 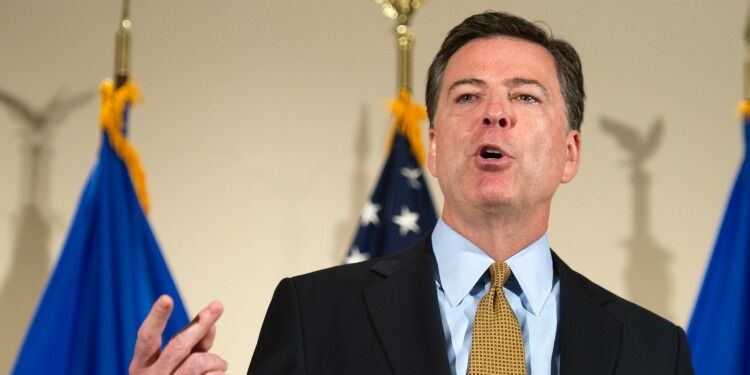