We’re used to hearing Donald Trump say things that pundits think are gaffes but which sound more like truth telling to ordinary voters. That’s because although much of what he says is outrageous as well as often untrue, it does capture what a lot of people think about the world. But does the quintessential Joe Six-Pack voter really think government should have the right to seize an individual homeowner’s property in order to make a large company or a billionaire developer like Trump even richer?

I doubt it. That’s why the application of eminent domain laws is viewed by most ordinary people as a terrible abuse of power on the part of the government. And that’s doubly true for grass-roots conservatives who rightly view it as a symbol of how government has not only gotten too big but is also being manipulated by crony capitalists for the advantage of the wealthy. Indeed, as Jeff Jacoby wrote in COMMENTARY in May 2009 in a review of a book about the subject, the 2005 decision in the case of Kelo v. City of New London, in which a 5-4 Supreme Court majority allowed the Pfizer company to destroy a neighborhood and seize the property of a few holdouts who refused to succumb to pressure and sell their homes, is an apt symbol of all that is wrong about an out-of-control big government in the 21st century.

So while it is hardly surprising that a man who has profited greatly from using his political connections to muscle small property owners who get in his way defending eminent domain, it is still shocking to hear a man who pretends to be the voice of ordinary conservatives say it. Yet here’s what Trump told Fox News’ Brett Baier on the network’s “Special Report” show when he asked about the subject:

I think eminent domain is wonderful if you’re building a highway and you need to build as an example, a highway, and you’re going to be blocked by a hold-out or in some cases, it’s a hold-out, just so you understand, nobody knows this better than I do, I built a lot of buildings in Manhattan and you’ll have 12 sites and you’ll get 11 and you’ll have the one hold-out and you end up building around them and everything else.

The traditional use of eminent domain was that property could be seized if it were for a clear public use. That was generally understood to mean that it was required for the defense of the nation or to create a public work such as a dam that would provide something of inestimable value for an entire community or region. But the Kelo decision expanded that still troublesome if understandable application of government power to something far less defensible. In Kelo, Pfizer was allowed to destroy a perfectly good neighborhood merely in order to make it easier for them to make money and expand the tax base of a municipality. Instead of a working class area, the city wanted an upscale resort and conference center that would make Pfizer more comfortable investing in the area. And if some people who loved their homes didn’t like it, it was just too bad about them.

The problems with such an approach are obvious. The Constitution’s prime purpose was to provide a framework whereby individual liberty would be defended from the caprices of politicians and special interests. The Fifth Amendment’s “takings” clause allows government to seize property with just compensation but only when it is for “public use.” But when the term “public use” is expanded to allow it to mean that government can pick favorites in a property dispute between the powerful and the weak then the safeguards established by the Founders are rendered meaningless. The Kelo decision was significant precisely because it allowed government to seize property without a compelling public purpose beyond the business interests of a corporation and the desire of politicians to expand their revenue base. Kelo essentially trashed property rights and individual liberty and prompted a backlash in which many states correctly passed laws to ensure that such outrages would not be repeated. It is to be expected that liberals would defend eminent domain, but when someone pretending to be a conservative for the purpose of running for president does so, genuine conservatives should be up in arms.

Though the challenges of contemporary life often require presidents to take decisions that would boggle the minds of the giants of the 18th century who created America, they must still be restrained and guided by the principles of small government that are embedded in the Constitution. Yet nothing better encapsulates the spirit of crony capitalism than the kind of eminent domain decisions that Trump likes. Though he poses as the candidate of the little guy, Trump is the quintessential big government Republican that the grass roots tells us they despise.

As the Weekly Standard reported last year, the Kelo decision was ultimately for nothing. Pfizer never built anything there and bailed out a few years after Justice Anthony Kennedy and his four liberal colleagues did their bidding. All that’s left was a wasteland where a neighborhood used to exist.

For all of his big talk about “making America great again,” that’s the kind of transaction that Donald Trump believes in. Individual rights are for the “losers” and the “little people” he disdains as he publicly counts his wealth in order to buttress his fragile self-worth and to impress foolish voters. Though his standing in the polls is starting to recede as the summer of Trump fades from memory, it is still entirely possible that he will continue to lead the race and ultimately win it. But his comments on eminent domain are a reminder for those who care about conservative principles that his victory would be the functional end of the Republicans as a conservative party. 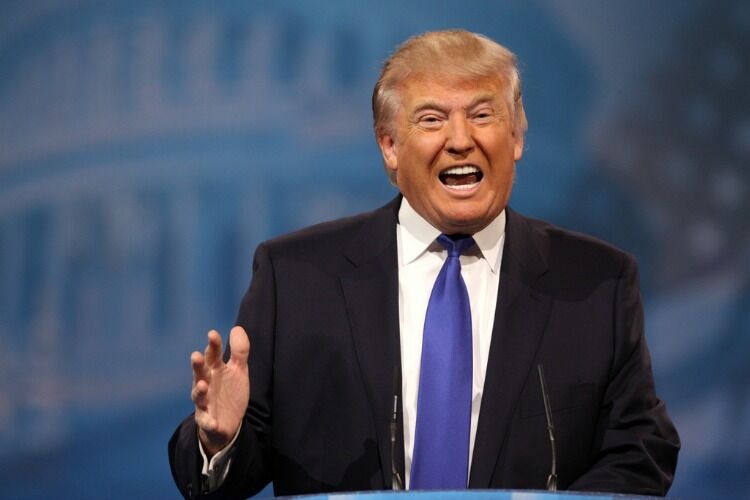