How many more hints does Donald Trump need to drop before even his supporters understand that he knows he’s already lost the presidential election? Sure, with less than two weeks to go, he’s wasting a precious day in Washington, D.C.—where he’ll be lucky to get 10 percent of the vote—promoting his new hotel rather than campaigning in a battleground state he desperately needs. But the real tell was his comment on Tuesday, when he took aim at one of his favorite targets: other Republicans who might have their eyes on a 2020 run. Trump says they shouldn’t bother because if Hillary Clinton wins this year, “it’s over” for Republicans.

That’s not likely. The GOP may emerge battered and bruised from November, but once Clinton is deprived of the flattering comparison to Trump, her political incompetence and a leftward-lurching Democratic Party will provide the rationale for a vigorous and likely successful opposition to her presidency. Yet rather than acknowledge that the Republicans are already thinking about how to rebuild the GOP amid the rubble he will have left behind, Trump is lashing out at his party. He’s even seeming to encourage his supporters to abandon down-ballot candidates whose success will be crucial to the effort to check Clinton’s liberal agenda once she’s in the White House.

This approach may appeal to Trump’s vanity and fuel the anger of his supporters. But what will really drive them up the wall is what his very defeat will prove. After spending the last decade arguing that Republican moderates have handed the presidency to the Democrats and that what was needed was an outsider GOP candidate who would fight dirty, Trump is likely to show us that the biggest trash-talking street fighter in the nation will get fewer Electoral College votes than a supposed establishment weakling like Mitt Romney.

Of course, Trump’s apologists will say he was the victim of liberal media bias, which is true, though what he has suffered is no worse than the ordeal faced by Romney, George W. Bush, or even Ronald Reagan, and was principally facilitated by his own undisciplined behavior and personality. Others will go the Weimar Germany route and say he was “stabbed in the back” by the GOP establishment, even though that establishment kowtowed to Trump and did its best to suppress efforts to derail his nomination. Still others will shamelessly give life to his irresponsible claims that the election was rigged. Barring an unexpected surge for Trump in the last days, though, the margin of his defeat may be too great to sustain that excuse except in the minds of the most rabid conspiracy theorists.

Once we strip away the Trump alibis, it will be apparent that the entire conception of his candidacy was flawed. GOP populists said there were millions of missing white voters who would rise up and turn out for Trump after staying home for McCain and Romney. But with polls showing Trump getting a much lower percentage of the white vote than Romney, it appears the missing whites are not working-class Trump fans but educated Republican women who won’t vote for a man who has boasted on tape of being a sexual predator. Though Trump mocked Romney for losing what turned out to be an unwinnable battle to a political magician and historic figure like Barack Obama, he is getting killed in a race against the weakest Democrat in a generation.

It’s way too early to know what direction the GOP will take in the coming years. What’s more, it’s entirely likely that Trump and his followers may continue their vendetta against the rest of the party in such a way as to hamstring any effort at revival. But whatever else happens in the coming four years, the one refrain we should never hear again after November is that tired line about the Republicans needing a tough guy with no filter rather than moderate wimps. After the Trump debacle, that myth will be dead. 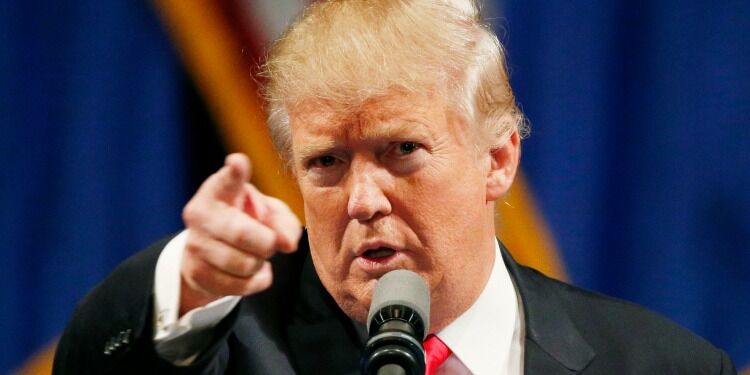