Donald Trump’s supporters are unhappy with the notion that he “lost” last night’s debate and today they are lashing out at a variety of villains  responsible for this conclusion. They are mad at moderator Lester Holt for not doing Trump’s job and carrying the attack to Hillary Clinton. And they’re angry at the media for reporting that Trump spent far too much of the evening diving down rabbit holes of his own creation in vain attempts to rationalize his record as a birther, his failure to release his tax returns, or his phony story about opposing the war in Iraq.

The talk about a conspiracy involving a non-functioning microphone or media bias is second nature to a Trump movement that is in large measure predicated on a belief that the system is crooked and is designed to stop them. That sense of grievance fuels the passion that propelled him to the Republican nomination. But it is also a potentially fatal weakness since it is liable to cause him and his followers to draw the wrong conclusions about what happened at Hofstra.

We know from his post-debate comments that Trump thought he didn’t win. Those who complain about microphone malfunctions that were not apparent to anyone watching, take shots at Miss Universe contestants, or compliment themselves about not delivering low blows to their opponent understand that what happened was not to their advantage. Clinton entered the evening on the ropes, and she emerged looking much stronger, even if her own stolid performance was stellar only by comparison to his.

But the more Trump allows himself to be sucked into the mindset that he is a victim of fraud or bias, the less likely he is to understand that his problem wasn’t about Holt or refraining from low blows. It was him. Anyone who watched the proceedings at Hofstra University now understands that Trump wasn’t kidding when he spoke about not preparing for debates. As our John Podhoretz noted in today’s New York Post, his lack of preparation was an insult to his supporters. Faced with a competent but boring opponent, a Trump who had done his homework on the issues and had the smarts to quickly dismiss weak points—Clinton’s brief and somewhat disingenuous response to the email question should have been the model for Trump’s reply to the query about his disgraceful birther record—would have easily triumphed. But, as John noted, his “vanity and laziness” led him to believe he was above such mundane hard work and the result was a final half hour of the debate in which the fruits of Kellyanne Conway’s effort to create a disciplined Trump were thrown away.

If more than 40 percent of the country is still ready to vote for a political neophyte with little command of the issues and a dubious personal record, it is because they believe there is something fundamentally broken about American government. Trump’s arguments are strongest when he can hit her as a corrupt creature of the establishment who can be vanquished only by a genuine outsider. But such a conspiratorial mindset about the establishment can be a handicap when it serves to shield a candidate from introspection. If you think he can lose only as the result of a lie or fix, you aren’t going to be clamoring for Trump to be more disciplined or to study up next time. Trump and his fans may have thought all he had to do was stand upright for 90 minutes, but they were wrong.

Trump is not well placed to take full advantage of Clinton’s poor record on foreign policy or her trust issues because of his limited knowledge, policy misconceptions and own dubious ethical record. He would be well advised to not let another 90 minutes of debate time go by without talking about the Clinton Foundation and conflicts of interest, delving into her lies about the email scandal, or even mentioning her changing Benghazi stories. But perhaps his greatest weakness is that he and his supporters have become so immersed in their rage at the establishment and the media that they really think mailing it in on the biggest night of his political career should be considered good enough. 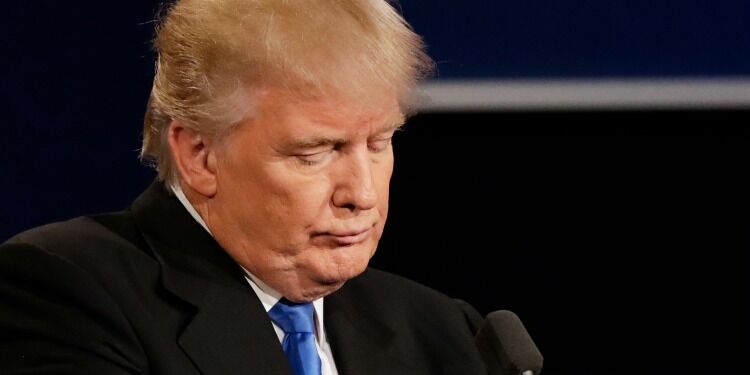