What are we to make of the reaction to the horrifying mass attack on women by several hundred men described as being “North African or Arab” in Cologne on New Year’s Day? The spectacle of what even the New York Times called an “unprecedented” coordinated assault in a major European city hasn’t shaken the country’s leaders of their conviction that Germany must welcome as many refugees from the Middle East as it can absorb. That decision seems to be rooted in a belief that succumbing to prejudice is much worse than what happened in the square across from Cologne’s main train station as well as similar attacks on a smaller scale that reportedly took place the same night in Hamburg, Stuttgart, Dusseldorf, and even Berlin.

But the reaction of Cologne’s mayor to the mayhem in her city’s streets seems to betray something much more troubling than just a stubborn dedication to a principle. By seeming to place the onus for the attacks on the victims and offering them some gratuitous and pointless advice, Mayor Henriette Reker went further than members of Chancellor Angela Merkel’s government and illustrated something much worse than knee-jerk political correctness. By telling her city’s women that they might avoid problems by trying to keep attackers at an “arm’s length,” she demonstrated the depth of a new European sickness. Europe’s leaders haven’t just created a problem without thinking through what might happen if they open the gates to millions of Middle Eastern refugees and immigrants who have no interest in assimilating or adopting Western culture. They are advocating a form of surrender that vindicates the predictions of writers like Melanie Phillips and others who warned years ago of the disastrous consequences of acquiescing to Muslim sensibilities in this manner.

In the wake of the mass assaults, some commentators seem to be pointing the figure at a chauvinist German culture that seems to be behind the rest of the West when it comes to protecting the rights of women. But even if this is true, what happened on the streets of its cities last week is clearly the result of the culture Middle Eastern immigrants have brought with them into the country.

As I noted on Tuesday, the mere raising of the question of rape in connection with immigrant populations or religious minorities is the sort of story that should be treated with extreme caution. That is especially true in Germany, with its heritage of Nazi propaganda and oppression of Jews. If many Germans are sufficiently worried about repeating the mistakes of the past and bend over backward to avoid even the impression of prejudice that is a choice that stems from a laudable instinct.

But the difference here is that while the Nazis claimed Jews were victimizing Aryan women, the astonishing coordinated attacks on women Cologne was not a canard concocted by prejudiced minds but a stark reality. It is one thing to oppose prejudice but quite another to deny the reality of an epidemic of sexual violence in Europe on the part of immigrants who have imported their views of women as property or sexual objects with them.

Reker, who was stabbed by a critic who opposed her stand on refugee absorption while running for office last year, appears deeply committed to the cause of an open society. But the attempt of city officials to avoid public discussion of the story (it took a full three days before the police acknowledged what happened) seems to indicate that there is more here at work than sympathy for innocent immigrants who may be blamed for the transgressions of a minority. If Germany is now so deeply committed to running out the welcome wagon for Middle Eastern refugees that it is prepared to sacrifice civil peace and the self-respect of its female population — who must now assume that they are fair game for gangs of molesters at public events in the future — then a tipping point in the modern history of European culture may have been reached.

What is needed here is not a war against Islam or all Muslims. As with the conflict against Islamist terrorism, where the enemy is composed of Islamists and their supporters not every Muslim or every immigrant from the Middle East, it is important not to paint with too broad a brush in outlining the problem. But when no-go zones, where immigrant communities exist, become routine in some European cities and law enforcement not only can’t stop such crimes but also advise their people that they must protect themselves, then the issue stops being a matter of future speculation and becomes instead an imminent crisis.

It is in that context that the effort to treat a desire to vet immigrants from Syria and other areas where radicals dominate stops becoming well-intentioned liberalism and becomes a suicide pact. The German government is adamant that these crimes should not be allowed to influence the debate about refugees. Yet common sense demands that it must be taken into account. It is one thing to stand up against unreasoning hate. But by seeking to treat these crimes as insignificant or by treating the victims as if they were at fault, German authorities are sending a message that they are not prepared to defend Western values, even at the cost of the safety of their people. If Europeans have so little respect for their own culture that they are not willing to insist that immigrants live by their rules rather than the medieval mores they practiced in their countries of origin, then the doomsayers about the decline of the West at least as far as the continent is concerned may be right.

As Americans look on with dismay at what is happening in Europe, it is little wonder that candidates like Donald Trump have gained traction as liberal governments refuse to defend Western values or call Islamist terrorism by its right name. The European sickness that was on display last week is not something that should be regarded with complacence. So long as crimes like the one in Cologne are tolerated and leaders like Mayor Reker seek to appease rather than stamp out violence, support for more caution about admitting refugees will grow in Europe and the United States. 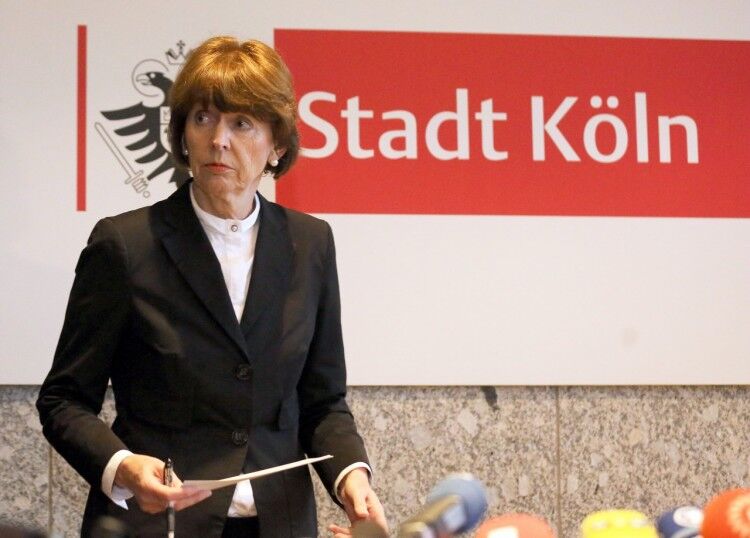