For those of us who love politics, the magic of Election Day can’t be beat. It’s not just the culmination of years of analysis and preparation that is the political junkie’s Thanksgiving feast. It’s that the rituals of Election Day are an essential part of the drama of democracy on which the Republic has thrived for more than 200 years. The question for Americans today is whether we are now so cynical about politics, so jaded about the choices, and so angry at each other that this undertaking won’t help us process the bitterness of the campaign in a way that will create hope for the next four years.

We’ve come a long way from the sort of gee-whiz reverence for our democratic process that used to be standard in American pop culture, and that’s not entirely a bad thing. But even cynical 21st-century Americans who no longer implicitly trust Uncle Sam should be able to appreciate the majesty of a system through which millions of Americans freely express their opinions and select their leaders. Democracy was dearly bought with the blood of generations of patriots willing to sacrifice to preserve our liberty. So when Americans cast their ballots, it should be not only with a sense of gratitude for what made this possible but also an appreciation of how special it still is in a world in which tyranny remains the norm.

The fact that so many Americans are openly expressing their contempt for their system of government and declaring it “rigged” even prior to the votes being counted has to have an impact on the way we think about voting and Election Day. The inability of the parties and branches of government to cooperate with each other for the good of the nation after January will be to a large extent a function of how we collectively react to tonight’s results.

Cynicism about how dirty politics can get is nothing new. Neither are elections in which both sides conduct vicious campaigns that largely consist of ad hominem attacks on their opponents. Americans have also been complaining about cheating since Elbridge Gerry—a signer of the Declaration of Independence and our fifth vice president—came up with the first systems for manipulating election results by redistricting and gave us the term “gerrymander.” But what we’ve experienced this year in terms of voter anger and outsider revolts in both the Republican and Democratic parties is unprecedented in its size and scale.

Whatever one might think of Donald Trump and Bernie Sanders—or their respective followers—the ability of grass roots movements to defy the party establishments and shake up the system was a tribute to the vibrancy of American democracy, not its decline.

Yet the worry today is that the powerful images of more than a hundred million Americans exercising their franchise as a free people will be eclipsed to some degree by the unwillingness of some of them to accept the result. That’s bad not just because it shows that to some extent we’ve become a nation of sore losers. It’s awful because that lack of acceptance vitiates the catharsis of election night by which the demons of even the nastiest campaigns are normally exorcised. If—barring a repeat of an anomalous situation like the Bush-Gore virtual tie of 2000—we are not able to view what happens today as a final result that must not only be acknowledged but accepted as legitimate, Election Day loses more than just its magic. It becomes one more excuse for us to avoid the business of governance in favor of a permanent destructive campaign. 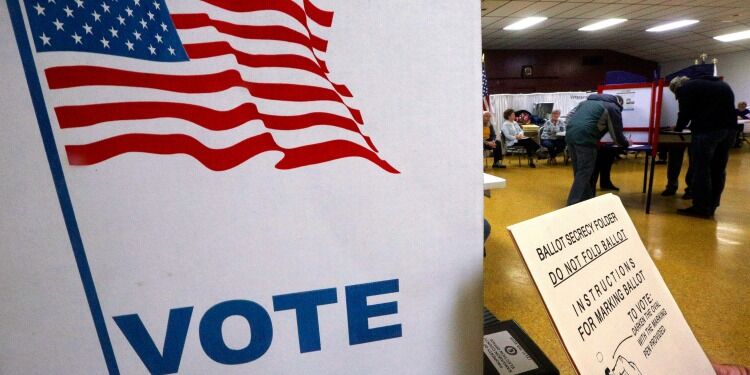