President Obama had little trouble cracking the whip getting Democrats to fall into line last month to sneak his Iran nuclear deal through Congress. But in the final weeks of the debate, stories about a secret side deal struck by the International Atomic Energy Agency with Tehran about inspection of its Parchin military research site threatened to derail the agreement. The refusal of the administration to divulge the details of the side deal may ultimately provide the basis for a challenge to the legality of the deal, but in the meantime nothing has stopped its implementation. Nor is most of the mainstream media that helped cheerlead for the president’s signature foreign policy achievement interested in following up on the troubling reports about a loose inspection regime at Parchin. Reuters reported in August that the IAEA had discovered that new construction had taken place at a site that Obama’s apologists claimed was moribund. But now comes an even more troubling report that says after IAEA inspectors were allowed into Parchin last month they found that important equipment at the site was missing, indicating that Iran was making efforts to sanitize the site and complicate or prevent the UN agency from testing the site.

Why should we care about what happened at Parchin?

To listen to the administration or those voices in the media that rallied to the president’s side to pour scorn on those asking questions about the site, there’s nothing going on there for anyone to notice. But the reason why the IAEA has been trying to learn more about the facility is that it is where Iran did research relating to possible military dimensions (PMDs) of its nuclear program. As even the top administration spokespersons like Secretary of State John Kerry and Energy Secretary Ernest Moniz admitted during the course of the discussion about the deal, without complete knowledge of those PMDs there is no way for either inspectors or the Western governments that signed the pact with Iran to create a base line that tells them how close the regime is to a weapon. In the absence of such accurate data, all talk of how much “breakout” time Iran would require to race to a bomb are mere guesses.

The fascinating aspect of this latest report is that it came after a visit to the site by IAEA head Yukio Amano and his team that was supposed to satisfy critics of the deal. At the time of his visit in September, the IAEA confirmed the August reports about recent construction but nothing was said about missing equipment. But now we know that a “containment vessel,” which is a specially designed chamber to test nuclear equipment including triggers to detonate a warhead that was previously known to be at Parchin, was not there in September.

The point about its disappearance is that, while Moniz impressed members of Congress with his assurances that equipment could pick up nuclear residue even if the deal required the IAEA to give Iran a few weeks notice of an inspection, if the facility at Parchin has been altered and vital pieces of evidence have disappeared, all talk of accountability or transparency for the deal is mere rhetoric.

Considering that the Iran deal was the most significant foreign policy treaty signed by the U.S. in a generation, a story about how Iran is already undermining compliance with its terms ought to be big news. But the media has greeted the reports about the hijinks at Parchin with a collective yawn. Of major outlets, only Fox News has chosen to publish anything about it.

Critics of the nuclear deal predicted that violations of its terms would be shrugged at by an administration that was too heavily invested in what it termed a diplomatic victory to hold Iran’s feet to the fire on compliance. Small violations would be swept under the rug or dismissed as insignificant. But Parchin is no small detail. Unless the IAEA can tell us with certainty that it knows what Iran accomplished there, the assumptions that are the foundation for the deal are flimsy guesses that shouldn’t be taken seriously.

The IAEA is scheduled to issue a report on Parchin in December and will, if it says what the administration hopes it will say, pave the way for the lifting of sanctions on Iran and the end of any hope of stopping its nuclear program. The political pressure on the UN agency to pull its punches or ignore evidence that would derail the pact will be enormous. But if data and equipment really was missing from Parchin, there is no way for anyone to be sure about Iranian nuclear progress or whether the deal will work as President Obama claims it will operate. As Fox News’ chief intelligence correspondent Catherine Herrige noted, the IAEA isn’t commenting right now about the mystery at Parchin. But it’s clear that if the agency follows the trail of evidence to its logical conclusion, it could turn the entire discussion about a rapprochement with Iran on its head.

Those who placed their trust in the terms of the Iran nuclear deal should be paying close attention to this story. The country deserves a full and open debate about the implications of these new developments. But instead of alarm about the potential for Iranian deception both the administration and its allies in the media are turning a blind eye toward Iran. So long as that is the case, no one should be surprised when all of the assumptions about Iranian compliance and the West’s ability to detect cheating start to unravel. 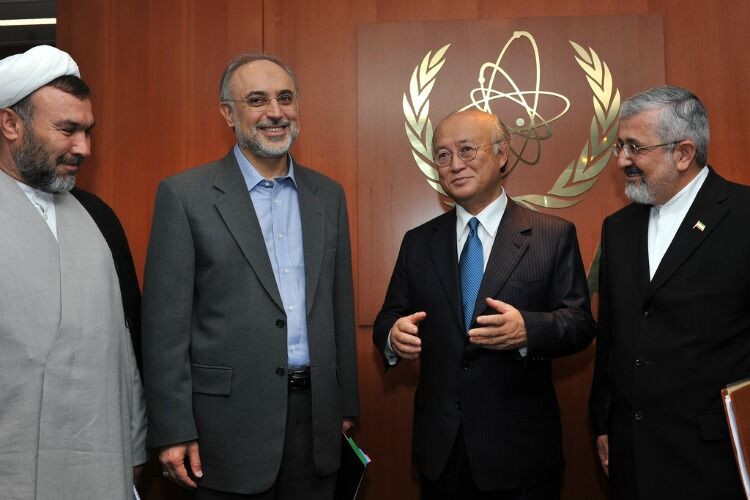