Yesterday, German authorities came clean about a horrifying event that took place three days earlier. A New Year’s Day event at a square in front of Cologne’s main train station where people gathered to watch fireworks over the Rhine turned into a nightmare. Firecrackers were tossed into the crowd and as the throng fled, gangs of several hundred young men acting in what police said was a “coordinated” manner, assaulted what may have been as many one hundred people. Many women, who were circled and isolated as the gangs broke into separate groups, were sexually assaulted and/or robbed.

This sort of thing is, as the New York Times reported, unprecedented in its size and scale for a comparable crime in a modern European or American city. But what makes it particularly problematic is a salient fact that may have been responsible for the three-day delay before officials acknowledged what happen: The perpetrators were reported by witnesses to be “North African or Arabic” in their appearance.

To even touch upon this element of the story is to invite charges of Islamophobia or race baiting. Indeed, injecting rape into the discussion of the behavior of any minority group is to summon forth the worst memories of how American racism operated prior to the Civil Rights Era or even Nazi propaganda. Immigrants, refugees and racial and religious minorities are vulnerable enough as it is without the element of sexual fear becoming part of a conversation about their place in any society. That’s why German authorities were at pains to try to avoid any discussion of the background of a veritable army of assailants that preyed upon so many victims. Indeed, German Justice Minister Heiko Maas warned that the ethnicity of the criminals was irrelevant to their crime.

“The rule of the law does not look at where someone comes from but what they did,” Mr. Maas told reporters in Berlin. “We will investigate what circles the perpetrators may have come from.”

He has a point about that. All should be equal before the law regardless of their race, color or creed. But the notion that hundreds of “North African or Arabic” men can commit a heinous crime in the middle of a major city in a country that has taken in one million refugees from the Middle East in the last year and that this would not figure into the debate about immigration is farcical. Nor should it escape the attention of those who have made blithe analogies between Syrian refugees and Jews who fled the Holocaust.

The question of how Muslim immigrants from North Africa and the Middle East are being integrated into European countries is a delicate subject. Comment about the issue generally tends to fall into two categories: politically correct nonsense that ignores any cultural or faith-based problems host societies have with the immigrants and rabid racist rhetoric that seeks to demonize all immigrants as a dangerous “other” who must be expelled.

But one needn’t fall into either category in order to understand that the influx of huge numbers of immigrants from countries where women are viewed more like property than equal members of society into nations with modern liberal cultures brings with it a potential for trouble.

Those who caution against stereotyping Middle East refugees are right to point out that the actions of a few or even a few hundred testosterone-filled youths should not be used as an excuse to label all those fleeing the chaos of the region as rapists. Moreover, anyone who seeks for the law to treat people as groups rather than as individuals is flying in the face of Western values and, in particular, the guiding spirit of American law.

For the last year few years, articles about an alarming rise in rape in Scandinavian countries committed by North African and Middle Eastern immigrants circulated on the Internet. But, by and large, the mainstream media ignored these items. The reason for this was obvious. No one, least of all anyone employed by a liberal publication or broadcast outlet, wanted to bolster paranoia about Muslims or foreigners or, even worse, feed race-based sexual fear that fuels racial violence.

But if even the New York Times felt compelled to devote an article to what happened in Cologne even those who have deplored the anti-immigrant tone of many American politicians in recent years should ponder the implications of mass migration from the Middle East.

Western journalists may have reported the epidemic of rape that took place during mass protests in Cairo’s Tahir Square as Egypt lurched from the Arab Spring to Muslim Brotherhood tyranny and now to the return of a military government. That was especially true since some of their own, including a prominent CBS correspondent, were among the victims. What happens in Egypt can be dismissed as exotica even if it is horrifying. But when Western societies find themselves dealing with similar instances of sexual assault on this scale, it is time to realize that integrating large numbers of immigrants from the Middle East can bring it with problems that are not merely a function of poverty, prejudice or a lack of a welcoming spirit on the part of the host countries.

As Cologne authorities noted, they are going to have to do a better job of educating immigrants about the fact that any woman who is not dressed modestly isn’t inviting sexual assault during their upcoming Carnival season. But it will take more than well-meaning lectures to erase the basic cultural divide about respect for women that exists between the West and the East.

It’s worth reiterating that just as not all young Muslim males are terrorists, neither are they all rapists. But to ignore the popularity of Islamist theology in Muslim societies is madness. So, too, is politically correct blindness about the cultural gap about rape and women’s rights.

All immigrant populations, especially those throughout American history, have often been accused of bringing crime and uncivilized behavior with them. But in an era when immigrants are no longer expected to assimilate into host Western societies, it is irresponsible for those advocating bringing in large numbers of Middle Eastern immigrants not to take such events into account. We need only remember southern racist or Nazi rhetoric about blacks and Jews to understand how dangerous this topic can be. But by the same token, we must also acknowledge that allegations about blacks and Jews committing mass rape of white southern or Aryan women were myths. What happened in Cologne and what is happening in Sweden and Norway are facts. Advocates for bringing in more Syrian refugees are correct to note that many in Britain and America may have feared those fleeing the Holocaust in the 1930s. But those refugees weren’t taking to the streets to commit sexual assaults en masse.

I don’t agree with Donald Trump’s proposal to ban all Muslim immigration “until we figure out what’s going on” with terrorism. But just as the Paris and San Bernardino attacks exposed the foolishness of liberals who wish to throw the gates open to tens or hundreds of thousands of Syrians without proper vetting, so, too, should we be wary of emulating Europe’s open gate policy toward Middle Eastern immigrants that aren’t being educated about how to live in the West. Until now any talk about sexual assault and immigration has been an unmentionable topic in polite society. Sadly, thanks to what happened in Cologne and what was published today in the New York Times that is no longer true. 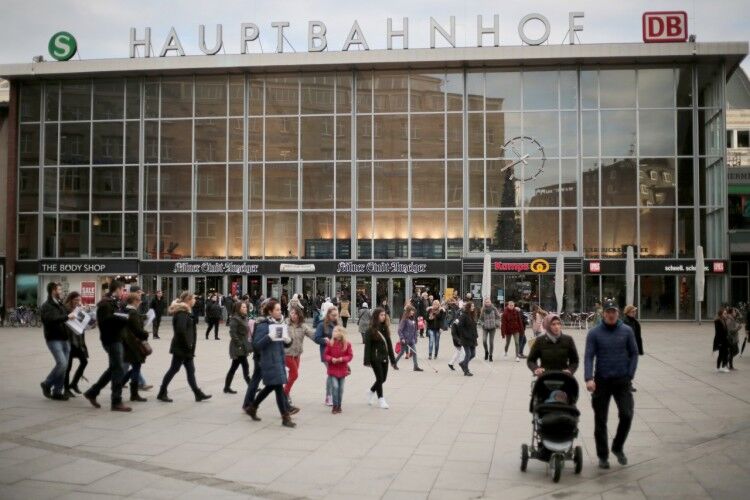