At his valedictory press conference last week, President Obama listed the Iran nuclear deal among his proudest accomplishments. But though the president claimed it “ensured that Iran cannot obtain a nuclear weapon,” he failed to neglect some damning details about the agreement, not the least of which is that all of the restrictions on Tehran’s activity will expire after a decade. But just as important as that is what the Iranians are allowed to do while the pact is in effect. That alarming fact came into focus today after the official Iranian news agency FARS announced that the Islamist state would be putting into service their most advanced centrifuges for enriching uranium.

The Iranians say they will soon be injecting gas into their IR-8 centrifuges. That procedure will mark a vital next step toward making the machines operational, a move that flirts with but may not actually violate the deal. According to the terms of the pact, the Iranians are forbidden from putting the IR-8 into service to enrich uranium for nuclear fuel for a period of ten years. But the crucial loophole that Obama and Secretary of State John Kerry allowed into the agreement permits Tehran to carry out advanced nuclear research. And it is through this chink in the supposedly airtight document that Iran is bulldozing its way toward nuclear capability. Putting the IR-8 online will give Iran the capacity to enrich uranium 20 times faster than its old centrifuges.

At the time of the agreement, the Obama administration made much of the idea that Iran was being forced to take many of its centrifuges off line. But they downplayed the fact that Iran was able to keep its most advanced machines and continue work toward building even more powerful centrifuges that would ultimately bring them closer to their nuclear goal.

If the administration were serious about ensuring that Iran couldn’t “break out” swiftly to build a bomb either before or after the deal expires it would be expressing alarm about this new development. But given that they have already explicitly given the Iranians permission to do research, it’s difficult for Washington to argue that making the IR-8 operational violates their promises.

Were the Iranians only interested in continuing their nuclear program for research purposes or, even less credibly, to pursue expensive nuclear energy options in an oil-rich country, they wouldn’t need IR-8’s any more than it does the ballistic missiles it has illegally tested since the deal was concluded.

But more than the details of Iran’s ability to continue to make progress toward a bomb despite the supposedly tough restrictions on its program, this announcement raises an even more troubling question about the Western signatories to the Joint Comprehensive Plan of Action, the formal name of the deal. It is whether the U.S. or any of its allies is interested in strictly enforcing the agreement. There have already been troubling reports about Iranian violations that concerned their efforts to illegally purchase nuclear material in Europe as well as their exceeding the amount of heavy water in their possession.

But to date there appears to be no real push from the countries that agreed to the deal to step up efforts to monitor Iranian activity. The result is that Iran is now becoming more brazen about its “research” with the result being that, at best, it will be able to race toward a weapon once the deal expires.

In a few weeks, responsibility for this disaster will pass from President Obama to his successor. Donald Trump has made no secret of his disdain for the bad bargain the U.S. struck with Iran and has appointed people to key positions in his administration — like General James Mattis, his nominee to run the Pentagon — who share that skepticism. There has been some discussion about trying to hold Iran accountable for its support for terrorism. That is a necessary shift from Obama’s indifference to the problem. But while it will be difficult if not impossible for Trump to tear up the deal, the real challenge will be to begin to try and enforce it in a way that will hamper Iran’s transparent nuclear ambition. Today’s news about the centrifuges is a reminder that unless the next administration is prepared to confront the Iranians — and their Russian allies — over these issues, the long term result of a nuclear Islamist state isn’t really in doubt. 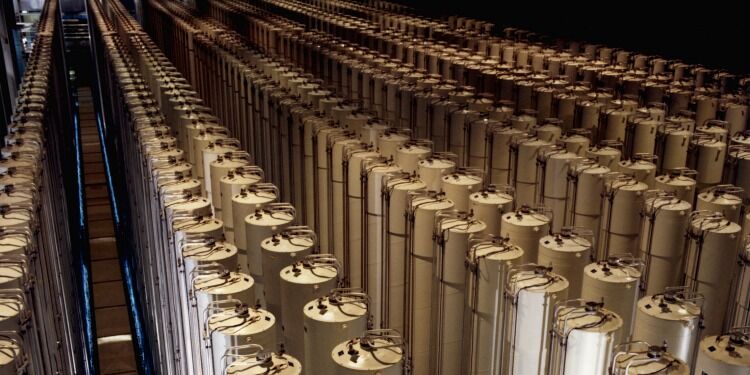