In his speech to the nation last night on terrorism, the only subjects about which the president seemed to muster much passion was his support for more gun control and his opposition to any targeting of Muslims. The reaction to these comments has been mixed. Republican presidential candidates said that Obama was using the issue to distract the public from his failures in the war against ISIS. Yet the very act of questioning the president’s seemingly anodyne defense of a minority group is being treated in some quarters as proof in and of itself of bias.

Like the recent debate about welcoming Syrian refugees, the question of discrimination against American Muslims is being set up by liberals as not merely a question of right and wrong but of how best to counter ISIS’s claims that a clash of civilizations is taking place as well as how to undermine the terror group’s recruiting effort. Yet as much as the entire discussion seems like either an intellectual dead end or a trap for conservatives, the effort to transform fears about terrorism into a debate about Islamophobia is actually one worth discussing. Far from merely a diversion, the push to change the narrative about Paris and San Bernardino from one of Islamist hate to victimization of Muslims is key to understanding everything that is wrong with the administration’s failure to address the threat from ISIS.

The president’s point is that anything that might alienate Muslims either abroad or at home is a gift to ISIS. The president argued after the Paris attacks that what happened there couldn’t happen here because — in contrast to the experience in Europe — of America’s acceptance of religious minorities. But now he takes the position that an overreaction to San Bernardino will provide ISIS with ammunition and allow it to argue that the West really is at war against all Muslims. That’s a pitch that will presumably help persuade more people to join their cause.

Moreover, even before San Bernardino, much of the mainstream media took it as a given that the debate about Syrian refugees proved a backlash against Muslims was under way. Americans were being judged as guilty until proven innocent of the charge of Islamophobia with the stakes in the battle being nothing less than the defense of basic American values.

It needs to be stated that bias against any faith is wrong and very much in opposition to American values. But the problem here is, as Marco Rubio aptly pointed out yesterday, that there is no evidence of widespread discrimination against Muslims. Indeed, even if we were only to focus on Donald Trump’s comments about monitoring mosques or profiling, it’s clear that what is being discussed even by someone who is less than precise in his rhetoric or his focus, are efforts to monitor Islamists fomenting terror, not an attempt to make Muslims second-class citizens. Trump is being accused of wanting to give Muslims the same blatantly illegal and unjust treatment Franklin Roosevelt meted out to Japanese-Americans during World War II. But nobody, not even Trump (who outrageously suggested today banning Muslim immigration of any kind) or Ben Carson (who has also crossed the line of decency with some unconstitutional suggestions), is suggesting anything even remotely comparable.

What is most discouraging about this discussion is that it is nothing new. Every since the 9/11 attacks we have been told that Muslims were undergoing some sort of terrible backlash as the result of those crimes. Yet, as Rubio rightly points out, there has never been any statistical proof that Muslims have undergone the kind of hardships that are being alleged. To the contrary, since 2001 FBI hate crime statistics have consistently shown that Muslims suffer far less from religion-based attacks than Jews.

Both the U.S. government and American popular culture have marched in lockstep on the issue as they not only deplore such discrimination but have gone out of their way to avoid treating Islam or Muslims as an enemy even at a time when Islamists have been waging a bloody war on the West. Neither President Obama nor Hillary Clinton will name radical Islam as the motivating factor behind ISIS and al Qaeda terrorism for fear of offending those who believe telling the truth will worsen the conflict or hurt the feelings of innocent Muslims. The real story about anti-Muslim bias is that in spite of atrocities committed abroad and on U.S. soil by those acting in the name of a form of Islam, Americans remained largely immune to the virus of hate.

Throughout the last decade, and most spectacularly during the debate about an ultimately stillborn plan to build a mosque/Muslim community center at the site of one of the buildings destroyed during the attack on the World Trade Center, discussion of this mythical backlash got relentless play in the media. That was partly the result of successful campaigns by groups that are largely sympathetic to Islamist beliefs like the Council on American-Islamic Relations (CAIR), which was founded as a political front for an effort to fundraise for Hamas terrorists to promote this cause. But liberal media outlets also embraced this theme. The purpose was a not-so-subtle attempt to change the narrative of the post 9/11 conflict with the terrorists from one of the bloodthirsty Islamists killing innocents in the name of their faith to one in which bigoted Americans targeted innocent Muslims. For a nation sick of wars in Afghanistan and Iraq and no longer sure of its way, the argument resonated even if it was rooted in anecdotal evidence that never stood up to scrutiny.

But while both the Paris and the San Bernardino attacks have given American new reasons to worry about the influence of Islamist terror groups, it has also provided fodder by those who are still more interested in changing the narrative of this war. So it is no surprise that a president who has never had any appetite for confronting radical Islam, and whose great foreign policy achievement — the Iran nuclear deal — is predicated on a dubious effort to transform a radical Islamist regime that regards the U.S. as an enemy into the object of a new détente, would prefer to harp on Islamophobia rather than Islamism.

Genuine discrimination, as opposed to sensible monitoring of possible terror sources, would be wrong, as would violence directed against any group. But that’s not what’s happening. What is happening is that, as may have been the case in San Bernardino, those who see suspicious behavior are intimidated from speaking up for fear of being labeled a bigot or an Islamophobe. President Obama’s emphasis on this issue will only heighten such concerns.

To his credit, the president did say that Muslims have an obligation to try and root out terrorists and those who support their ideas in their midst. The vast majority of American Muslims want nothing to do with terrorists and their agenda. But so long as Obama and his cheerleaders in the media are also promoting a false narrative about a mythical backlash, Muslims will continue to let radicals like CAIR — which has always sought to obstruct anti-terror efforts — represent them. As a consequence, they will almost certainly fail to do the necessary soul searching that their community must undergo in the aftermath of these latest attacks. Nor is it true that Islamophobia is increasing ISIS’s recruiting efforts. That is being aided by the general sense in much of the Muslim world that the Islamists are beating a West that is intimidated by the terrorist group’s brutality and boldness.

In that sense, the Islamophobia debate isn’t merely a distraction from the real problems of a nation fighting a half-hearted war against an Islamist foe determined to bring destruction and horror to the West. It’s also an impediment to the work that needs to be done to fight a far more real threat of Islamist ideology inside the Muslim community. 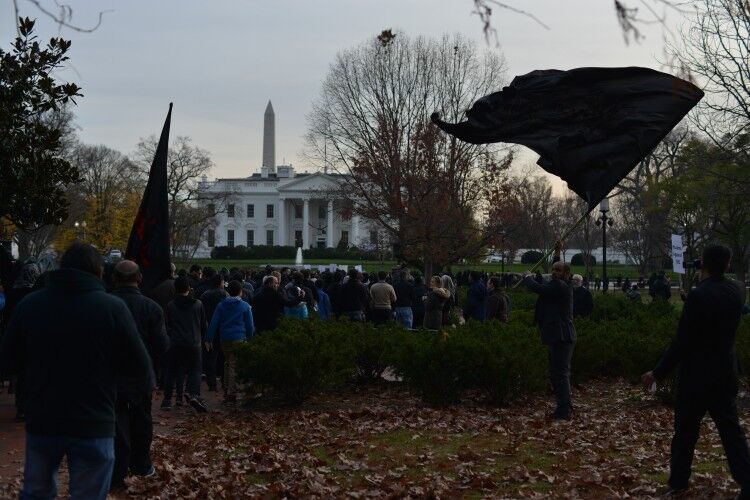