In recent years, Islamist terror groups have had more success cultivating lone wolf attackers in the West than in creating active cells. Using the Internet, as well as some mosques that were centers for radical activity, such efforts present a consistent challenge for American law enforcement. Their answer has been to step up efforts to monitor such activity in spite of attempts by groups purporting to represent the interests of American Muslims and Arab-Americans to prevent the gathering of such intelligence. But authorities also understand that preventing children from being wooed by radicals is just as important. To that end, the FBI has developed an interactive program for teachers and students aimed at training them to prevent kids from being recruited by violent extremists. But thanks to the same groups that relentlessly promoted the myth of a post-9/11 backlash against Arabs and Muslims, it may never see the light of day.

The yet-to-be-unveiled program is called “Don’t Be A Puppet,” and, as the New York Times reported, uses games that take the person using it through a series of exercises that instructs them how to avoid falling prey to recruiters for radical groups. Every correct answer cuts a puppet’s strings until it is no longer under the control of the puppet master. That sounds exactly like the sort of thing needed to alert children to the way Islamists exploit their feelings of alienation as well as their religious beliefs. But to its critics, these virtues are exactly what they are worried about since its content directly targets Islamists. Though they claim to want to aid the authorities in their fight against ISIS and other groups that have successfully rallied Western youths to their cause, they’d rather stop the program than allow the government to discredit Islamists.

The irony here is that no federal agency has done more to consult with as well as to appease Muslim and Arab groups than the FBI. In the 14 years since 9/11, the FBI has been in the forefront of efforts to bring imams and Muslim and Arab leaders into the fold in order to get them to support anti-terror work. The FBI has taken a dim view of efforts, such as those conducted by the New York City Police Department, to get intelligence on mosques that have been hotbeds of incitement. Yet all of this pro-active activity on the agency’s part has still not been enough to convince groups like the Arab-American Anti-Discrimination Committee or the Muslim Public Affairs Committee, which both have spotty records at best about condemning all forms of terrorism, from opposing the plan.

Their complaint is not so much with the methodology of the program as it is with the fact that it seems to be directed against Islamists. From their point of view, anything that makes it seem as if the government suspects radical Muslims are recruiting young Americans to go abroad to fight for ISIS or to conduct their own terror operations here is out of line because it might make Arabs and Muslims uncomfortable. They want all anti-terror programs to be completely neutral with no trace of understanding that there is a specific Islamist threat. According to one critic quoted by the Times, “The greatest threat facing American schoolchildren today is gun violence. It’s not Muslim extremism.”

That’s a highly debatable assertion, but even if we all agreed about the dangers from guns (as opposed to the actual danger, which stems from letting mentally ill people get weapons), that wouldn’t constitute a serious argument against efforts aimed at undermining Islamist recruiting methods. Since these terror groups are a genuine threat to national security, both at home and abroad, any program intended to warn children about the danger has to speak directly to Islamist sensibilities. Thus, the questions that want kids to be wary of a person with an Arabic being sent on a mission are not an act of prejudice against Muslims. It is simply an acknowledgment of reality and an issue that these groups should be just as worried about as the government. Islamic radicalization often masquerades behind charitable or philanthropic endeavors.

Will these lead to bullying of Muslims? That’s the claim of the critics but, like every aspect of the misleading narrative about the post-9/11 backlash, there is no evidence to back this claim up.

All we do know is that when faced with an opportunity to support a very mild effort by the government to assist Muslim families to inoculate their kids against a genuine threat of radicalization, these groups are once again seeking to sabotage counter-terrorist activity. They’d rather pretend that the Islamist threat is imaginary or theoretical while insisting that their entirely imaginary claims about a wave of anti-Muslim prejudice are real.

It is in this manner that these groups have been able to hamstring anti-terror efforts in the past and to rally their communities against informing against radicals in their midst.

The vast majority of American Muslims are peaceful, law-abiding citizens, and no one in the government is claiming anything to the contrary. But the record belies the pretense that some young Muslims are not vulnerable to the recruiting methods of the Islamists. The critics seem more eager to quash programs aimed at preventing terrorism than about terrorism, which they continue to downplay. Nor is their contention that the FBI should stay out of prevention programs. If not them, who will be able to step into this vacuum?

We can only hope that the critics do not intimidate the FBI into abandoning this effort. Islamophobia remains largely a creation of groups dedicated to manufacturing grievances against those who fight Islamist terror. The myth of a backlash, which is undermined by FBI hate crime statistics that have consistently shown no evidence of a surge in anti-Muslim prejudice (crimes against Jews have always far outnumbered those committed against Muslims), should not be allowed to take precedence over a necessary effort to save Arab and Muslim kids from Islamist predators. 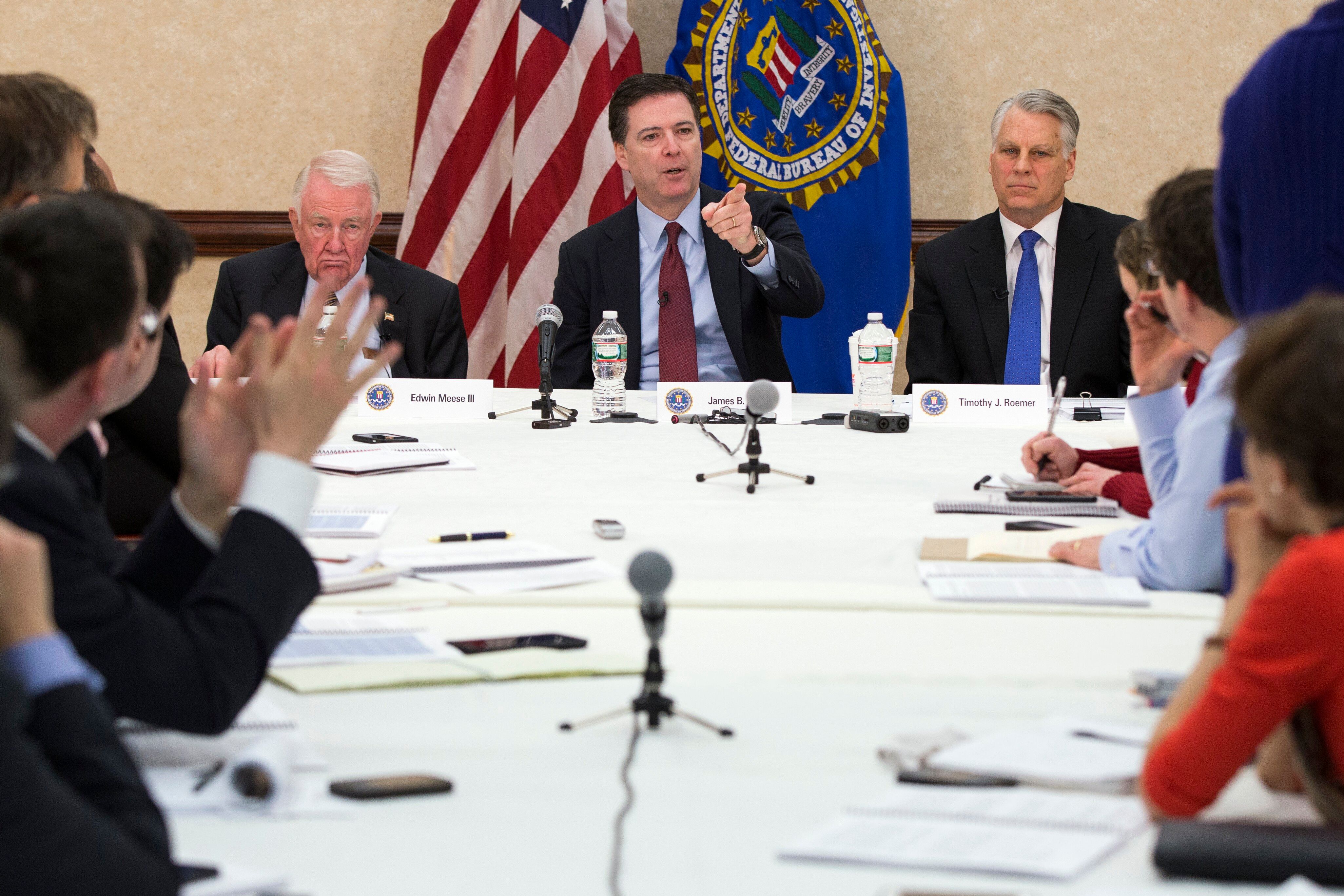 A Leader Who Wants to Understand Terror?

Boko Haram and the Need for Nigerian Military Reform