The Libertarian Party presidential candidate Gary Johnson may not know a thing about foreign policy, but he was able to coin a phrase that will likely live on long after his candidacy is forgotten. He said he was having an “Aleppo moment” when he was unable to supply a single name when MSNBC’s Chris Matthews asked him to cite his favorite foreign leader. He was referring to the fact that he had memorably said, “What is Aleppo?” when asked what he would do about the crisis in Syria. It’s possible that the slight decline in his polling numbers since the first “Aleppo moment” (from getting 9 percent in the Real Clear Politics average of polls to his current figure of 7.2 percent) indicates that at least some voters think their president should be able to identify the locus of the world’s greatest current humanitarian disaster or the name of at least one world leader.

But judging by the content of the first debate involving the two candidates who actually have a chance of being elected and, indeed, much of the discourse on foreign policy during the campaign, it might be said that the American people in 2016 are having their own collective “Aleppo moment.”

Foreign policy didn’t play a large role in the first debate between Donald Trump and Hillary Clinton. When the subject did come up, it illustrated the dismal choice facing Americans.

Trump speculated about NATO being obsolete, showed he didn’t know its role in fighting terror since 9/11, and dismissed the cyber threat that Russia poses to the United States. He seemed to embrace Barack Obama’s foolish willingness to abandon America’s “first strike” option on nuclear weapons (a key factor in deterring war for the last 70 years), and launched into a confused ramble about how to deal with North Korea. Though we know Trump can name at least one foreign leader (Vladimir Putin), his grasp of foreign policy could actually be said to be worse than Johnson’a since at least the Libertarian knows he’s an ignoramus.

Clinton couldn’t quite match Trump’s flamboyant ignorance but made up for it in part by spouting false statements about the Iran nuclear deal and demonstrating that in virtually every respect her administration would be a continuation of President Obama’s march of folly abroad.

But what’s really awful is that both party’s bases don’t seem to care. We think it’s comical when Libertarians rationalize Johnson’s gaffes, but their “at least he’s honest about it” defense looks good when compared to the comments of Republicans who claim that Trump’s contradictory mix of isolationism, appeasement of Russia, and boasts about fighting ISIS make sense. The same applies to Democrats who are willing to pretend that Clinton is telling the truth about Iran, or who give her a pass for being unwilling to speak plainly about Islamist terror, or for her cavalier personal approach to national security. 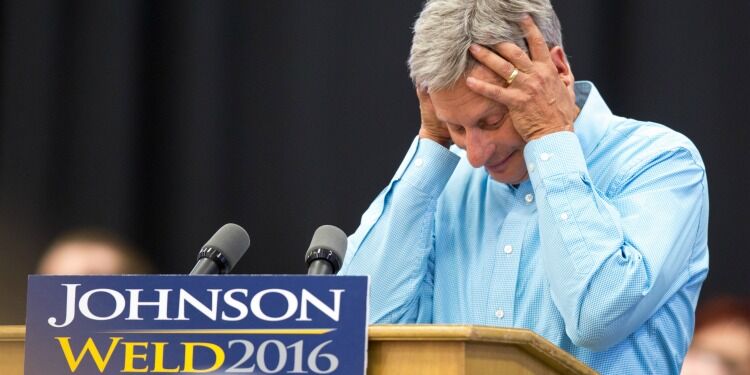