As is often the case after a major terror attack on a Western target, many Israelis and their friends abroad are asking whether the rest of the world finally understands how residents of the Jewish state feel? In social media postings, they point out that while for Americans terror means 9/11 and for France it now means 11/13, for Israelis terror is a 24/7, 365-day a year reality. They see Islamist attacks on New York, London, and Paris as just another version of the same reality that deal with as Palestinian terrorists seek to inflict senseless death on civilians. The response from the rest of the world ranges from indifference and incredulity to outright hostility.

Israeli Prime Minister Netanyahu spoke for most of his compatriots this weekend when he said the following before his weekly Cabinet meeting, as reported by the Times of Israel:

Why won’t that happen?

The general attitude is that the Israelis are shamelessly trying to combine their own problems that they have brought on their own heads by oppressing Palestinians with the suffering of innocent Westerners. Indeed, even many Jews sympathetic to Israel are reluctant to make any comparisons because they, too, think that battle between two peoples over one land isn’t really analogous to the far more generalized assault on the West by Islamists who don’t so much covet European and American territory as they wish to destroy all opponents of their faith.

But as off-key as the Israeli laments may sound to Western ears in times such as these, those who think the struggles are either unrelated or not analogous are the ones who are wrong. Here are three reasons.

Terrorism is terrorism no matter where it occurs or the identity of its victims. The notion that Israeli terror victims such as the latest ones, a rabbi and his son who were shot dead on the same day as the Parris attacks, are not worthy of the same sympathy that the French victims receive is abhorrent. Palestinian terrorists have no more right to gun down, stab or blow up Israeli Jews than ISIS has to kill people in Paris. Nor should the constant drumbeat of terror against Israel reduce our sense of outrage about these crimes. Whatever one’s view about Israeli policies or those of Western governments fighting ISIS, Jews who are killed by Palestinians don’t have it coming any more than concertgoers in Paris or office workers in New York.

The goal of Palestinian terrorists is fundamentally similar to that of ISIS. Those who believe that Israel’s unwillingness to compromise or its settlement policies are the reason why the conflict persists are wrong. As the Palestinians have proven time and again over the course of the last century, this dispute isn’t about territory. Or at least not about where the border between a Jewish state and a Palestinian one might be placed. The Palestinians have refused every offer of compromise over the last century including multiple offers of a state including almost all of the West Bank, a share of Jerusalem, and Gaza in just the last 15 years. To this day, even Abbas, the supposed moderate, refuses to recognize the legitimacy of a Jewish state no matter where its borders might be drawn. Their goal is an existential one: the destruction of Israel and end of Jewish sovereignty over any portion of the country.

Nor is terrorism caused by a sense of despair over the lack of progress toward peace as many of Israel’s critics assert. Indeed, Swedish Foreign Minister Margot Wallstrom even went so far as to say the desperate state of the Palestinians is fueling terror against Europeans. Palestinians may well feel despair, but the reason for their plight is their own unwillingness to countenance a compromise that would end the conflict even on terms that were favorable to their cause.

Just as important is the fact that the current wave of terror against Israel, the so-called “stabbing intifada” (though it has also involved shootings and the use of gasoline bombs and lethal rocks) has been primarily incited by the same kind of religious extremism that we associate with ISIS. The canards about Israelis seeking to destroy the mosques on the Temple Mount that Abbas has used are specifically designed to promote a religious war, not a mere political protest. Just as ISIS wants to destroy Western infidels, Palestinian killers similarly see all Jews as targets using much the same reasoning.

Finally, we must confront the most important reason why anti-Israel terrorism is treated differently by much of the world.

The driving force behind the double standard is anti-Semitism. Only one country in the world is marked for elimination by a broad movement of critics. That one country also happens to be the one Jewish state on the planet. The willingness of much of the world to accept or even to view with complacency, terror attacks on Israel is rooted in attitudes toward Jews. A rising tide of anti-Semitism around the globe is not a reaction to Israelis policies or actions. Nor are the grievances of the Palestinians a natural reaction to anything Israel has done. Israel is singled out because traditional prejudice against Jews has morphed in this generation into a slightly more acceptable version of the old hate. Those who wish to destroy the one Jewish state are merely acting out the same old sad story of Jew hatred. That others think murderous terror carried out in the name of that cause is somehow different from Islamist attacks on Westerners is a product of that same disease.

Israel is in the same fight for civilization that the United States, France, and the rest of the West are engaged in. It’s way past time for Israel’s allies and nations like Sweden to either acknowledge this fact or own up to the anti-Semitism that is at the heart of their refusal. 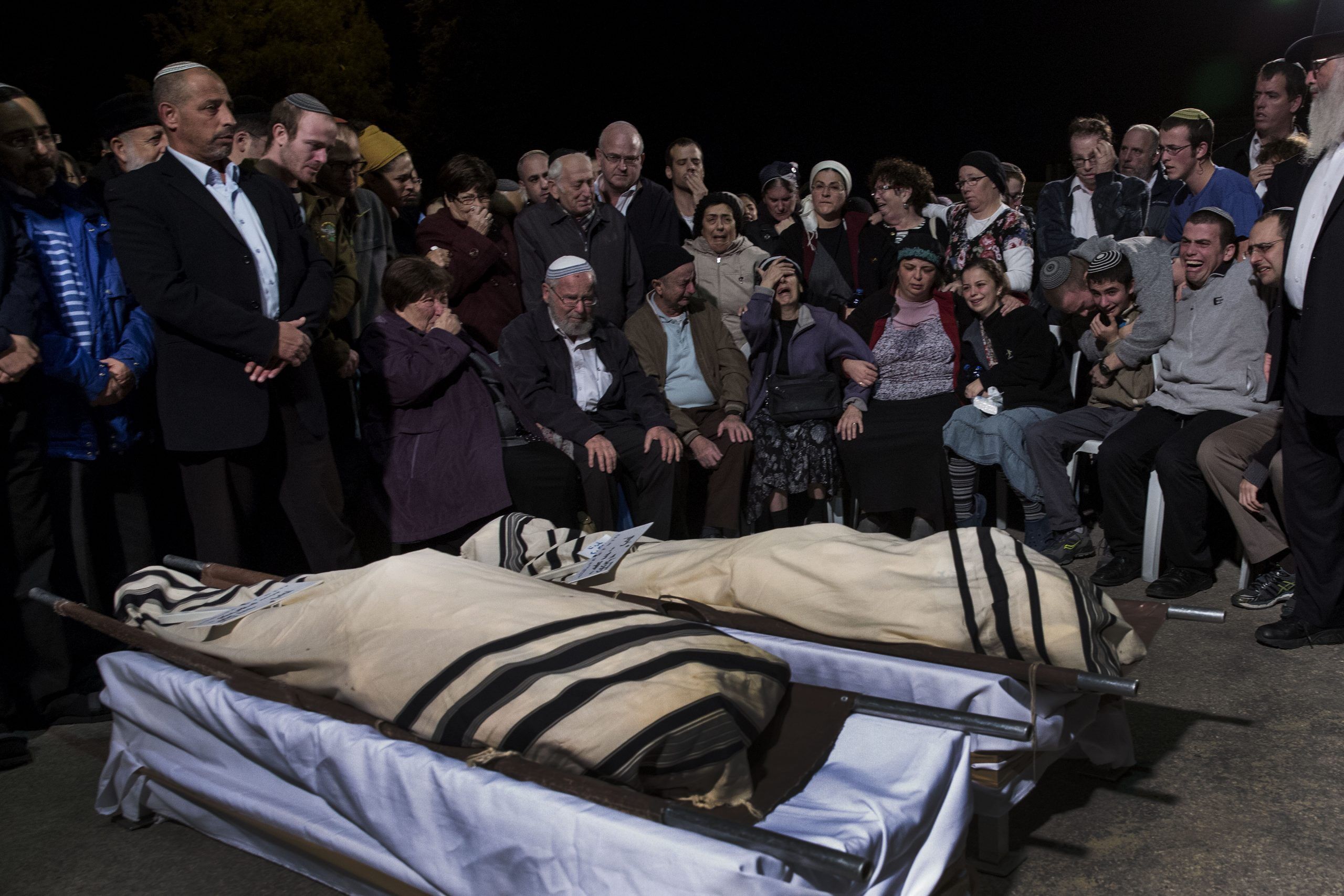