If there was any doubt that Democrats think that James Comey has turned the presidential race upside down, it was put to rest yesterday. Barack Obama, the man who appointed the FBI director to his position, denounced his actions. Obama’s blunt assessment of Comey contrasted sharply with words of White House spokesperson Josh Earnest. The spokesman’s more equivocal stand earlier in the week probably had something to do with the new poll numbers that show more wavering Republicans willing to stop Hillary Clinton by casting a ballot for Donald Trump.

Though Trump’s path to 270 Electoral College votes remains narrow, the changing Electoral College map–in which key swing states like New Hampshire, Florida, and North Carolina have flipped from being likely Democratic wins to tossups–is a function of the fact that the national political conversation has been about the FBI and Clinton, and not about the GOP candidate’s personal misconduct.

Though he continues to strain at his handlers’ leash, Trump has managed to stay on point in the last six days. His speeches have been focused almost entirely on “crooked Hillary,” with some criticisms of ObamaCare thrown in. But instead of the usual stream-of-consciousness insult rant, he’s been reading salient points from the teleprompter about the leaks regarding two ongoing FBI investigations of the Clintons.

Even more important, Trump has finally gotten around to the same closing argument against Clinton that any of his more mainstream Republican primary challengers would have used. Like Trump, they were prepared to argue that the voters needed to consider whether they really wanted to elect a president who would begin her term under a federal investigation. If the stories about an FBI probe of the Clinton Foundation are true—and given the likelihood of wrongdoing from the massive conflicts of interest between its fundraising activities and State Department business during Hillary Clinton’s time in office, there ought to be such an investigation—then he’s not wrong to say there is a possibility of a constitutional crisis if she wins.

Whether justified or not, Comey’s letter triggered the avalanche of competing leaks from both the FBI and the Justice Department about investigations of Clinton. Comey ensured that Trump’s “crooked Hillary” routines would be seen as a reaction to the news rather than yet another gratuitous insult.

That may not seem fair to Clinton loyalists, but it’s too late to un-ring the FBI bell. Moreover, as much as Clinton’s ads highlighting Trump’s despicable behavior toward women help remind voters why they can’t stand him, the opening up of a discussion about her ethics fundamentally alters the narrative of the election. Instead of it being, as the Democrats thought it was a week ago, a contest between a plausible if not particularly likable or trustworthy candidate for president and an unhinged sexual predator, it’s now a match between a dishonest Democratic woman and a bad Republican man.

Put that way, most Republicans can live with the choice of the latter, and that should be enough to get Trump to where Mitt Romney was four years ago; e.g., a respectable loss rather than a landslide defeat, which also takes down the GOP’s congressional majorities. But if the leaks from the FBI continue to get traction and Trump doesn’t blow himself up as he has so many times before, it’s not unreasonable to imagine something much closer than that.

For that, Republicans can thank James Comey. After Democrats finish excoriating Comey, they should remember that the real reason a Trump presidency is a possibility today is because they nominated a candidate who could be taken down by FBI leaks. 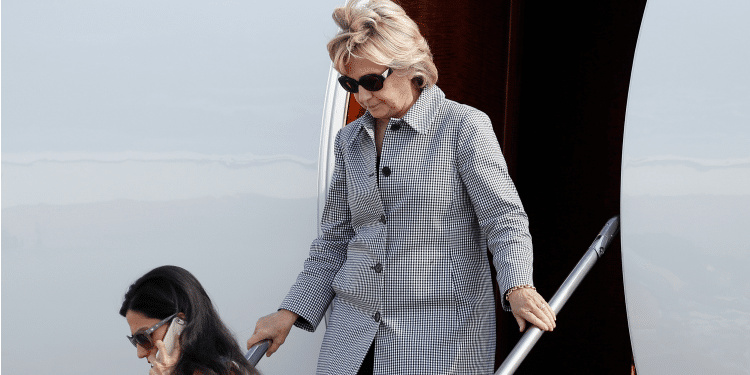