A week after the latest horrific mass shooting in Oregon, the issue of gun control remained a top story. But, as has become all too common in our public discussions, the main focus was on presidential grandstanding and stray foolish comments by a public figure rather than an actual debate about practical measures.

The fact that Republican presidential candidate Dr. Ben Carson thinks history might have turned out differently if German Jews had possessed the firepower to resist the Nazis in the 1930s was big news. So were his other comments in which he said that he hoped he could have resisted the Oregon shooter if placed in the same circumstances as the victims. Both comments were, if defensible in some ways, but still ill-advised and evidence that for all of his virtues and appeals, Carson hasn’t learned to display the discipline and focus a presidential nominee would need in a general election campaign.

But while the chattering classes were obsessing about, and in some cases denouncing Carson with profanity, very little attention was being paid to President Obama’s plans to use more executive orders to put into effect measures that would expand regulation of gun ownership without the benefit of the Constitutional process by which laws are passed by Congress. Though the president’s media cheering section treated the announcement with the gravity the White House wanted, it was, in fact, not any more of a substantive response to the incident than Carson’s gaffes. If we have learned anything in the past week, it is that we are no closer to having a truly serious debate about gun rights than were after Sandy Hook or any of the other tragedies that the president has sought to “politicize.”

The background to the executive orders was President Obama’s trip to Oregon to express the nation’s sympathy for the families and the victims of the atrocity that took the lives of nine persons and injured another nine. That’s exactly what any president ought to do after a tragedy like that, but some of the families and many other Americans weren’t buying it. Since the president’s first reaction to the terrible crime was a declaration that it should be “politicized” in order to promote more gun control legislation, a lot of people, including some of the families, wanted no part of what they saw as a liberal dog-and-pony show. His willingness to use their grief to promote his agenda made any subsequent gesture, no matter how sincere, obnoxious to many in what most news media outlets describe as the small conservative town of Roseburg.

But while the president’s gesture in coming to Roseburg was appropriate, his critics were right to treat the event as nothing more than a stunt. By not hesitating to try to exploit the murders, he forfeited the goodwill that any presidential visit is owed. Nor did he regain any sense of gravitas for his visit with the executive orders. The president is seeking to use administrative actions to tighten restrictions on gun sales or to close the “gun-show loophole” that allows weapons to be purchased under some circumstances without a background check. But as even many liberal observers noted, the president’s authority to impose such measures on his own seems to be without even the flimsy legal foundation that he used to justify his executive orders on illegal immigration. Like the other gun control executive orders that he issued after the Newton, Connecticut massacre, these measures will be pure public relations.

Though the president and the chorus of liberals demanding more gun legislation insist that these measures are a necessary response to the massacres, the fact remains that even if every law Obama says he wants were already on the books, none would have stopped the Oregon shooter. Nor would they have done anything to prevent any of the perpetrators of any of the other instances of notorious gun violence from their evil deeds. Indeed, rather than picking up the phone to discuss potential legislation with Republicans that might address mental illness — the issue that is driving this rash of shootings — Obama prefers partisan stunts such as the efforts by Senate Democrats to re-open the debate about background checks. Though the checks are a measure that is both popular and reasonable, like other proposals the president has floated, they wouldn’t have stopped any of the gun massacres from happening. That leads conservatives to the not unreasonable conclusion that the real goal of liberals is to strip Americans of their constitutional right to bear arms.

But while the president was playing political games in Oregon, the media was discussing Carson and the Holocaust.

Suffice it to say that it is incredibly foolish for anyone to make Holocaust analogies to anything but a genuine instance of genocide. Nor did Carson seem to have any grasp of the realities of German society and the powerlessness of Jews to fight the Nazis, whether some of them had guns or not. But what those who are falling over themselves to denounce Carson forget is that he is right that dictators and tyrants always seek to disarm their subjects. And though it may seem farfetched to us today, the point of the Second Amendment was to prevent tyranny. As for Carson’s speculation that he hoped he would resist an armed attacker, he’s not alone in hoping he’d be a hero though most of us know we may not be.

But as ludicrous as the discussion about Carson’s comments was, it wasn’t any more absurd than the one about Obama’s illegal orders. Neither will prevent future tragedies. More to the point, those promoting gun control laws continue to disingenuously pretend that they can make the U.S. more like Australia or other countries with less gun violence without having a debate about the Second Amendment itself. It bears repeating that until the left musters the courage — which Obama has proved that he lacks – to tell us what they really want, there will be no serious debate about guns in this country. Which is to say that, until they embrace their not-so-secret desire to limit drastically the right to own a gun by repealing or re-interpreting the Second Amendment, we’ll continue to waste our time on nonsense like Obama’s proposals and Carson’s untutored forays into history and the psychology of victims. So long as that is the case, we’ll continue to be stuck in an unserious debate about guns that never seems to go away. 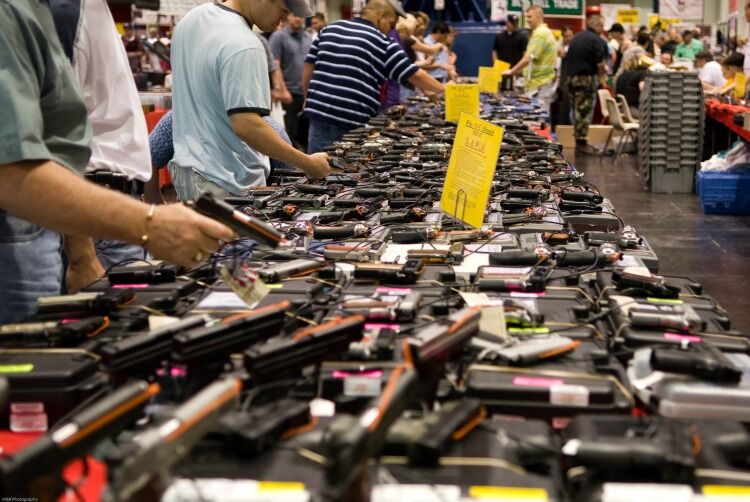