There are tipping points in history in which trends that were once thought permanent prove to be temporary. Sometimes we don’t even notice when such events occur because we are too caught up in the immediate concerns of the day. Such a moment may be happening now to the Palestinians. Not only do they seem to be unaware of it, but they may be under the mistaken impression that nothing can or will change. They should understand that if they continue to practice in discriminate terror, they may ultimately pay a price, even if mass murder is something their leaders tell them is not only justifiable but think is a smart tactic.

“Justified” happens to be the word that PA leader Mahmoud Abbas used on Monday when he addressed a United Nations-sponsored event. Abbas’s narrative about the conflict with Israel didn’t merely include the usual disingenuous litany about how settlements and Israeli intransigence have victimized the Palestinian people. Abbas isn’t content merely to lie about his own refusal to make peace or the independence and control of territory he eschewed simply because he can’t bring himself to recognize the legitimacy of a Jewish state no matter where its borders are drawn.

Abbas has now reached the point where his pose as a champion of peace that earned him the praise of President Obama has become such a burden that he can’t manage to keep it up even part of the time. That his latest bout of incitement came only hours after a Palestinian rammed his car into a crowded bus stop, injuring 14 people including a 15-month-old baby, showed that he long ago stopped caring about trying to cultivate the Israeli left or center that would happily accept a two-state solution.

It needs to be remembered that in the infancy of international terrorism as we know it now, the Palestinians had a difficult time being heard. The problem was that their national movement and its leader, Yasir Arafat, was so thoroughly associated with the most brutal forms of terrorism that few in civilized societies were prepared to listen to their case against Israel. In the decades since Arafat’s followers slaughtered Jews at the Olympics and made plane hijacking fashionable, that has changed. That was largely due to the ability of both Arafat and his successor, Abbas, to play a double game in which they pretended to accept the concept of peace with Israel while speaking to Western and Israeli audiences while simultaneously signaling Palestinians that the long war to eradicate the Zionist entity was just getting started. It was that deception that allowed the Oslo Accords to be signed and celebrated as the beginning of a new era of peace in the Middle East. So successful was this piece of stagecraft that it survived the collapse of Oslo when Arafat turned down the first Israeli offer of statehood and answered it with a terrorist war of attrition.

Arafat lost all credibility as a peacemaker, but his replacement quickly earned the confidence of a credulous Bush administration, as well as other supporters of the peace process. Abbas looked the part of a responsible leader in his suit. That was a good image adjustment for a people that had been led by a man who couldn’t bear to take off his faux battle fatigues even for a peace ceremony.

Though he had the consistent support of the Obama administration as it tilted the diplomatic playing field in his direction in its quest for “daylight” between Washington and Jerusalem, that wasn’t enough to entice Abbas to recognize a Jewish state or negotiate seriously. Despite his antipathy for Israeli Prime Minister Netanyahu and his ardent support for a Palestinians state, President Obama has clearly given up on the peace process even if Secretary of State John Kerry still harbors messianic hopes about cutting the Gordian knot.

It’s one thing to have exhausted your friends; it’s quite another to throw away all of your questionable international credibility. That’s what Abbas has done in the last few months as he first fomented a new surge of violence with lies about mythical Israeli plots against the Temple Mount mosques. Since then he’s doubled down on his slurs about preventing “stinking Jewish feet” from polluting Jerusalem’s holy places and treated those Palestinians that attempt to murder random Jews they see on the street as “martyrs” or victims of Jewish persecution and part of a “popular peaceful uprising.” At the UN ceremony, he continued in this vein saying that Arabs that seek to butcher Jews are engaging in “justified” behavior because of the stalled peace process or the canards he’s floated about the Temple Mount.

Though the Obama administration hasn’t specifically condemned Abbas’s incitement, as they should, they’ve grown tired of justifying him. The more inflammatory rhetoric Abbas uses, the less likely it is that Obama would risk his remaining political capital on another confrontation with Israel or by abandoning it at the UN since he knows it will never be enough to get Abbas to make peace. The question now is whether the Palestinians’ European enablers will start to wise up, too. Abbas doesn’t seem too worried about that prospect because many European governments have already moved toward delegitimizing Israel and accepting selective boycotts of its goods.

Indeed, Abbas may believe, as Arafat did, that more violence only generates greater interest in the Palestinian cause. Abbas, Arafat’s longtime aide and the organizer of atrocities, still remembers that it was Arafat’s embrace of terror that put the Palestinians on the political map. Moreover, like ISIS and other Islamist terror groups, Fatah understands that the root of its legitimacy isn’t in peacemaking but in demonstrating the élan that comes with inflicting ruthless terror.

But there may be limits even to what European elites would be willing to do for a Palestinian Authority that can’t really be differentiated from its Hamas rivals. Nothing Abbas does, no matter how awful, would be enough to motivate Europe to embrace the Israelis. But an undeniable embrace of terrorism by Abbas is inconsistent with his carefully honed image as peacemaker, an ideal to which many in the U.S., Israel, and Europe have held. Support for a terrorism double standard that exempts Palestinians from the consequences of their actions is not inexhaustible.

After playing both ends against the middle for so long, Abbas may have made a major miscalculation. He will never have a more sympathetic American president than Obama, but rather than take advantage of this situation, he chose to stall and then start competing with Hamas. Though he and other Palestinians have trained themselves to think that violence always pays, he fails to understand that this time it may actually have the opposite effect on their prospects. With the world distracted from the myth of the centrality of the Palestinians by ISIS and the wars in Syria and Iraq, the Palestinians are on the verge of rendering themselves completely irrelevant. The Palestinians are watching their opportunity for peace and statehood dissolve in the gore of a stabbing intifada that is disabusing even their most ardent apologists. Though the stalemate does neither side much good, it is impossible to imagine anyone caring much about a national movement that cannot even pretend to distance itself from random slaughter. The price of unjustifiable murder may be political oblivion for its practitioners. 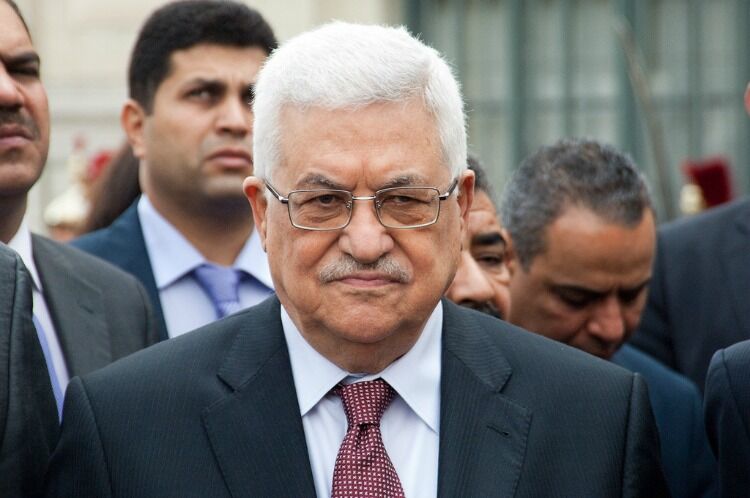