Everything Mitt Romney said today about Donald Trump was right. Trump is a fraud, a blowhard, and his positions on most of the issues are inconsistent with those of conservative principles. Trump’s promises are “as phony as a degree from Trump University.” Trump is also the easiest of the remaining Republican candidates for Hillary Clinton to defeat in November. But the dramatic speech from Romney that got the kind of coverage from the media that any of Trump’s rivals would have loved for their own appearances isn’t going to change the dynamic of the Republican race. To the contrary, while Romney’s message was the right one, he was exactly the wrong messenger if the intention was to convince the type of GOP voter that has been backing Trump to abandon him.

Romney was smart to anticipate the kind of abuse that Trump would hurl back at him after the speech. Indeed, Trump had already begun insulting Romney after the text of his speech leaked. Romney’s right that Trump’s taunts won’t answer the important questions that have been raised about his fitness for the presidency. But Romney also should have acknowledged that he sought and received Trump’s endorsement when he was running for president four years ago. Romney’s gushing statement embracing Trump then will be thrown in his face and rightly so. If Trump is the scoundrel that Romney says he is — and he is that — then Romney was wrong to seek and welcome his support even if that happened at a moment when he was locked in a tough fight for the GOP nomination with Newt Gingrich and Rick Santorum and needed all the help he could get. Romney should have said as much.

Romney is also the wrong person to deliver this message for two other reasons.

One is that he is the embodiment of the party establishment that so many Republicans have come to despise. This animus for anybody that has been part of the party leadership in the past isn’t terribly logical or fair. But a lot of Republican voters are angry at the failure of their party to halt President Obama’s liberal agenda and dissatisfied with government in general. The affable Romney embodies both of these concerns because of his defeat at the hands of President Obama and his characteristic moderation. Having been around for two presidential election cycles and with a past as a liberal Republican governor of a blue state during which he laid the foundations for ObamaCare, the party base was never happy with him and likes him even less today.

Worse than that is the fact that Romney’s flirtation with another presidential run a year ago raises suspicions that he wants to step in and be a compromise candidate imposed on Republicans by party operatives during a deadlocked convention. Romney made little secret about the fact that he wanted to run in 2016 and only held off because Jeb Bush’s massive fundraising blitz in early 2015 convinced him the establishment lane would be controlled by the former Florida governor. Given Bush’s terrible performance as a presidential candidate, that calculation sounds pretty silly. But even if he knows it probably can’t happen, few doubt that Mitt still has the presidential bug in his system.

The majority of Republicans are not voting for Trump, but it’s not likely that even many of them — let alone those joining a Trump coalition that consists of evangelicals, working class voters and even some crossover Democrats that are attracted to his populist and nationalist message — want to see Romney parachuting into the nomination. If Trump is to be beaten — and that is something that is still a possibility though the chances of it happening get smaller with each of his primary victories — it will have to be by one of the existing candidates or by all of them gaining enough votes to deny the frontrunner the majority of delegates he needs to win.

We haven’t had a major party national convention that took more than one ballot to determine a nominee since Dwight Eisenhower won the GOP nod in 1952. But there hasn’t been a candidate picked by party bosses in a proverbial smoke-filled room since 1924 when a Democratic Party that had been deadlocked for more than 100 ballots chose an obscure Wall Street lawyer named John Davis, who led them to a landslide defeat at the hands of Calvin Coolidge. The age of successful “dark horse” candidates is over and any such attempt this year will result in a walkout by Trump delegates and certain defeat at the hands of Clinton.

Only a candidate that has been chosen by the voters — or at least some of them — will be palatable to the party. And even the least suspicion that Romney is aiming at bypassing the primaries on his way to the presidency taints anything he says about Trump, no matter how right he may be. If Romney wanted to influence this race he should have endorsed one of the candidates that are still running early enough for it to have made a difference.

That the full court press by responsible Republicans to stop Trump that Romney’s speech represents is too little and probably too late almost goes without saying. As far back as last August, I was writing that it wasn’t too early to start planning a “stop Trump” movement. But there were too many candidates with too much false hope for those wishing to save the GOP from the reality star to choose from at the time. Many also kept underestimating Trump’s appeal and the level of voter anger until now.

That doesn’t mean they shouldn’t try. All Republican elder statesmen should be saying the same thing as Romney. So, too, should members of the Senate and House who know their majorities are put into peril by a Trump nomination.

But let’s not kid ourselves about their chances for success. Ted Cruz doesn’t appear to have much hope outside of states where evangelicals and Tea Partiers dominate and he’s losing a lot of those voters to Trump anyway. If Marco Rubio doesn’t defeat Trump in Florida on March 15, he will be finished. If he does win there, he will have a chance to beat Trump in the primaries that follow. Yet that assumption is based on the idea that the grassroots voters that are flocking to Trump are going to start listening to reason and thinking seriously about his record. And there’s no evidence that enough of them are interested in doing so. But if Trump is to be stopped, it will only be because Rubio or Cruz are able to win these voters over. The expiration date on Mitt Romney’s presidential hopes has passed. The same is true of his ability to influence Republican primary voters. 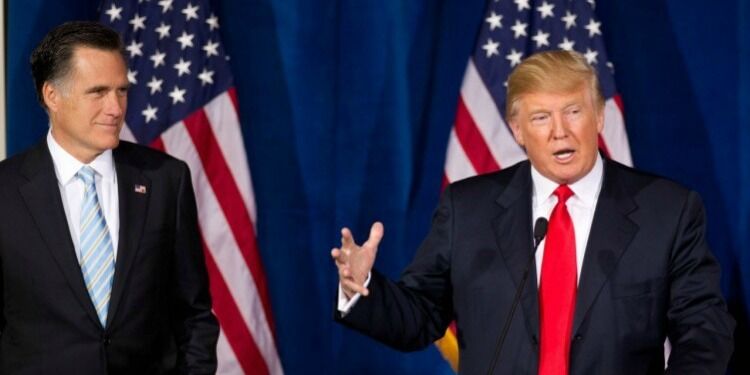