Anyone who doubted that we are in a new era of presidential politics needed to be monitoring Donald Trump’s Twitter feed last night. Instead of using down time to prepare for upcoming appearances, studying up on the issues, or even raising money from other rich people to fund his campaign, Trump was on Twitter last night providing running commentary on what was being said on Fox News. Still holding a grudge from being grilled on his misogynist comments during the presidential debate earlier this month, the Donald sniped at Fox’s Megyn Kelly even retweeting comments from his fans calling her a “bimbo.” If that wasn’t enough, he also retweeted other comments attacking Jeb Bush for having a wife that spoke “Mexican.” As late as the turn of the 20th century, Americans still expected presidential candidates to stay at home and avoid anything as undignified as campaigning for themselves. Now we must contemplate the possibility that one of our two major parties is on track to select someone who likes to play the role of a Twitter troll — a person who seeks to provoke others to make outrageous comments by their own vile utterances — as a presidential nominee.

Of course, anyone who thinks this will cause his supporters to abandon Trump hasn’t been paying attention to the presidential campaign. Trump is riding high in the polls because this sort of behavior is not only not a disqualifying factor but a reflection of a degree of authenticity that a lot of people want. That means the question for Republicans today is no longer when Trump will fade as so many of us expected but rather whether we are really living in a country where a candidate that calls a journalist a bimbo can win 270 electoral votes.

As our Noah Rothman wrote yesterday, the market crash we are experiencing is not unconnected to the populist moment we are experiencing in presidential politics. At a time when so many Americans feel aggrieved about the failures of our political class, it is almost understandable that so many would be attracted to a personality like Trump. His answers to the nation’s problems are simplistic and often contradictory. But he has perfectly captured the sense of frustration that many on the right feel about the state of a nation that can’t control its borders or have an economy that grows rather than contracts. As I wrote earlier this month, the anger that is carrying Trump along is a conservative manifestation is morally equivalent to the same spirit on the left that is fueling Bernie Sanders’ boomlet as well as protest movements like Black Lives Matter. If so, then it is time to stop judging Trump’s electability by traditional measures of appropriate behavior or cogent policy solutions and to start measuring it by a completely different metric that we have yet to fully understand.

Asking whether Trump’s poll numbers are a reflection with the media’s obsession with covering him or the other way around is as productive as a dissertation on whether the chicken or the egg came first. Love him or hate him, Trump fascinates people and he is master of manipulating coverage as well as intimidating opponents. The shots at Kelly are vulgar and stupid as well as a reflection of his pettiness and thin skin. They ought to be beneath the dignity of anyone in public life, let alone a presidential candidate. But they serve a purpose in reminding the media, his opponents, and the public that the Donald plays for keeps and that he will always do his best to destroy anyone who challenges him. That we are living in a moment when such a quality attracts voters to a candidate rather than repelling them should tell us all we need to know about the crisis in our political culture.

But even if we stop deluding ourselves that Trump is certain to fade, that is not quite the same as conceding him the presidency.

As things stand now, his lead over the pack of seemingly more electable presidential candidates is so great that it is by no means difficult to imagine him sweeping through the presidential primary season to the Republican nomination. That could change once the race is clarified as the field is winnowed down from an unmanageable 17 contenders to a smaller group from which a credible non-Trump could emerge. But the history of modern American politics teaches us that movements designed to stop a frontrunner always fail. In an era of brokered conventions when political machines controlled the nomination process such a thing might have been possible. But the conceit of our current system is designed to produce a winner early in the nomination process. It is not too early to realize that if Trump sweeps the early primaries and holds his own in the SEC southern mega-primary on March 1, he will likely be the nominee and at that point there will be nothing that Republicans will be able to do about it even if they form a belated “stop Trump” movement. The GOP field may have to be culled before Iowa and New Hampshire rather than after it if Trump is to be stopped.

What makes it even worse for Republicans is that while it is entirely possible that Trump can score the 25 to 30 percent in both polls and primaries to win in a crowded field, it is by no means certain that a populist Twitter troll — even one named Trump — can win a general election. I’m willing to concede that I may have been wrong to predict that Trump would fade before the votes started to be counted in Iowa and New Hampshire. But I have yet to see proof that the basic moderation of the American people and their political system has been completely destroyed by the populist surge. Trump may become the GOP nominee but against a credible Democrat, even a wounded Hillary Clinton or a gaffe-prone Joe Biden, he is not likely to be as successful. Until proven otherwise, I still think it is a given that a Republican Party that allows itself to be transformed into an outlet for white identity politics and populist rage is one that is setting itself up for an epic disaster in November 2016.

That’s a nightmare scenario for many if not most Republicans who prefer any of the other candidates to Trump. But it’s one that must be confronted now rather than next February or March when it will be too late. 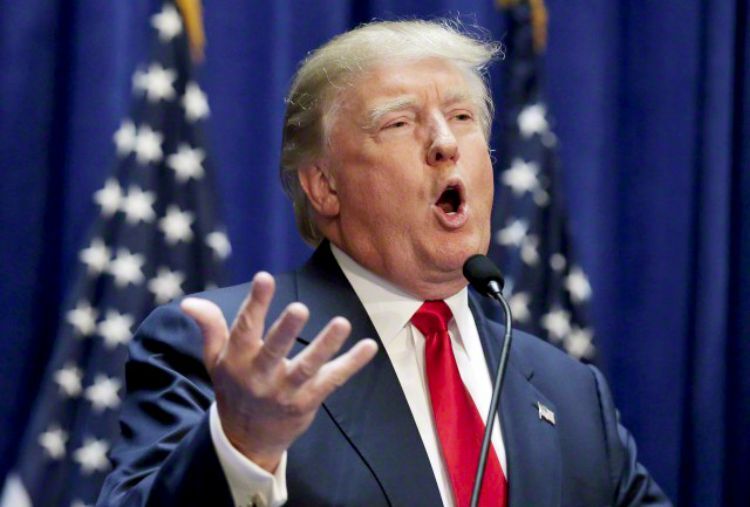